Sneaky Pete Series 3: When does it start? Where is it set? What will happen?

We round up everything you need to know about Amazon Prime’s critically acclaimed series and what to expect from its upcoming third season.

Sneaky Pete is the highly-rated Amazon series you probably haven't heard about. It has earned cult status, critical acclaim and here's why we think this under-the-radar show is very much worth a watch…

When is season three released?

Prime Original Sneaky Pete season 3 will launch on the service on May 10th.

Who is Marius Josipovic? Marius himself would like to know. He's feeling a pull toward the Bernhardt family. But he's not part of the family. He's a con-man. The chance to become more like a normal human being is enticing. It also scares him to death. This season all the members of the Sneaky Pete family explore their identity. It’s a dangerous journey. They could lose themselves or their lives.

To bring fans up-to-speed with the series, the teaser recaps season one and two, while providing an exciting look-ahead to season three.

Adams will play Stefano Kilbane, "an arrogant business magnate who is obsessed with fine art and has a deep need for revenge".

What is Sneaky Pete about? 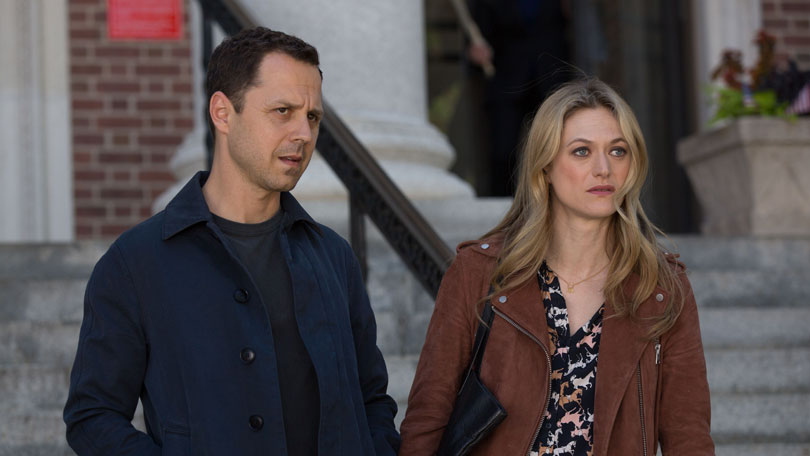 Co-created by Breaking Bad’s Bryan Cranston (who also appears in the first season) and The Good Doctor’s David Shore, Sneaky Pete is an American crime drama series following the misadventures of Marius Josipovic.

Marius is a released convict. After serving time for a series of confidence tricks, upon his release he discovers that there’s a hit out on his life.

In attempt to lay low and dodge powerful gangster Vince (played by Bryan Cranston) he moved to upstate New York and adopts the identity of Pete Murphy – his former prison cell mate.

Marius is soon accepted by Pete's family as their long-lost son - easily done as the real Pete hasn’t been home in 20 years.

As he settles into his new life as Pete, his new family turns out to be far quirkier and complicated than he initially thought. How long can he keep his web of lies instact? And how long before Vince finds him in his new small-town hideaway?

Who is in Sneaky Pete? 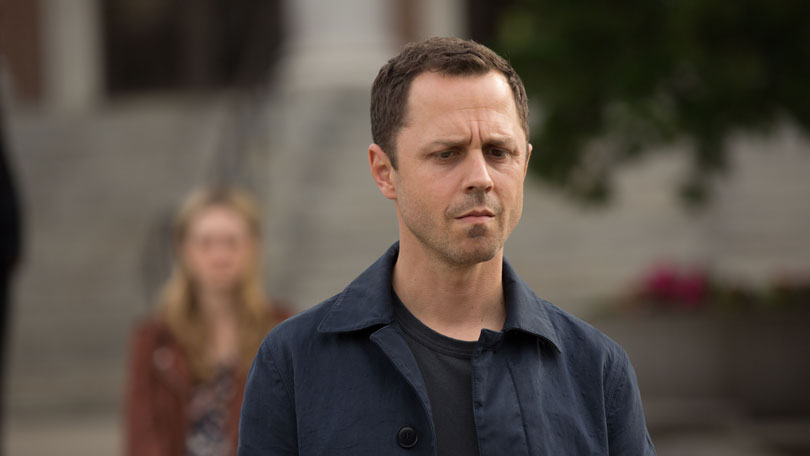 Giovanni stars as the central character ‘Sneaky Pete’, an ex-convict and serial conman called Marius who has adapted the identity of his former prison cell mate Pete Murphy. Giovanni is a popular American actor whose major roles include playing Ralph Mariano in My Name is Earl, Warner Whittemore in Dads, Donny in the Ted movies and as Parker Selfridge in the Avatar franchise. 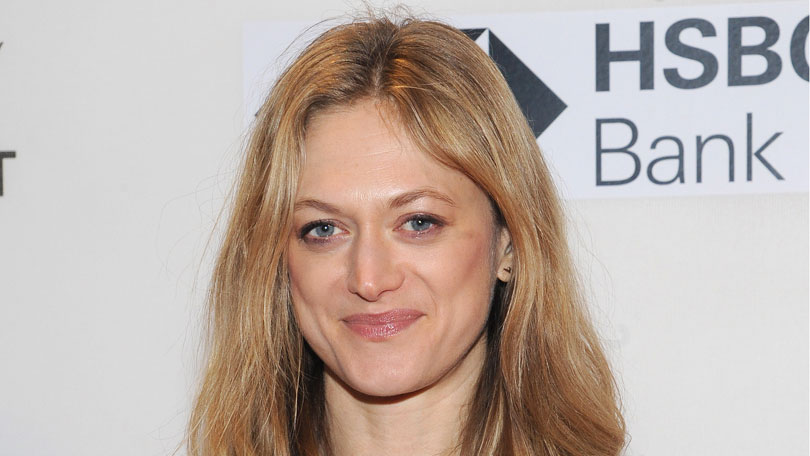 Marin Ireland plays Julia, the real Pete’s first cousin. She is a single mother and a bounty hunter who hopes to save the family business of bond collecting through catching some high-value fugitives – and enlists Pete (Marius) to help. Marin is an established theatre and screen actress, and other major television appearances include Masters of Sex, The Slap, Girls and Homeland. 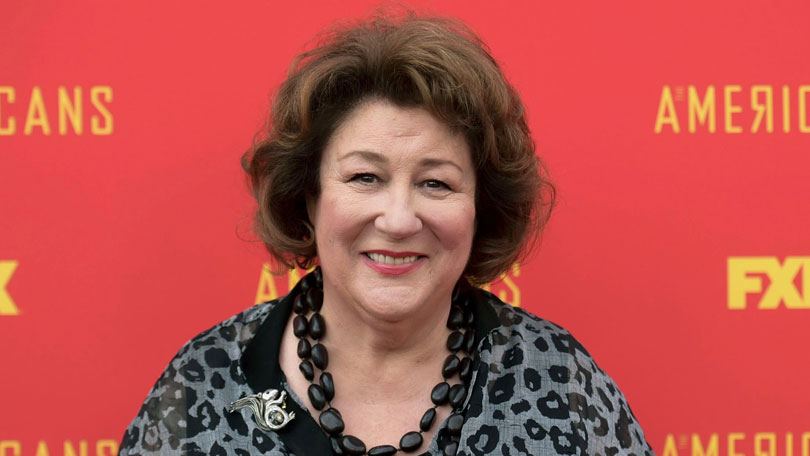 Margo Martindale plays Marius’ new family’s matriarch, Audrey, and is the real Pete’s grandmother. Margo’s acting career dates back to the 1980s and she’s appeared in The Americans, BoJack Horseman, Cars 3 and Downsizing. 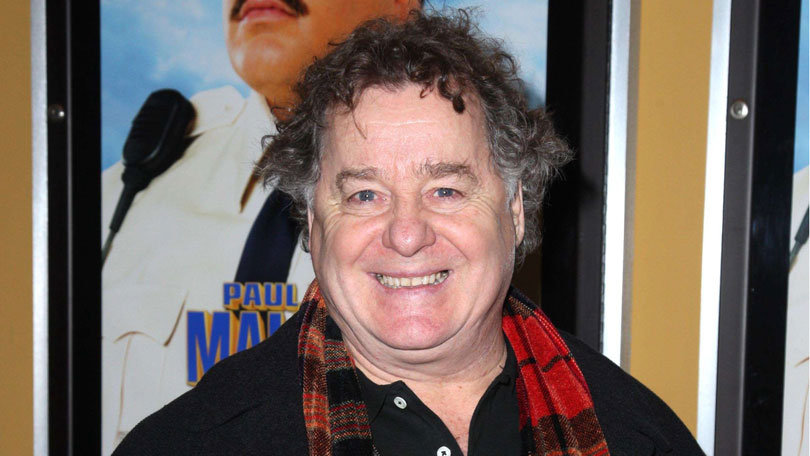 Bryan Cranston, the co-creator of Sneaky Pete, is perhaps best known for his portrayal of Walter White in Breaking Bad. In Sneaky Pete he plays the antagonist, Vince, a charismatic gangster who has it in for Marius.

[Read more: James May gets Prime Video travel series - Our Man in Japan]

What are the critics saying?

Sneaky Pete has won near universal acclaim for its rivetting first two seasons, which have gripped viewers and earned the show a passionate and loyal fanbase.

The Los Angeles Times said that the "the carefully crafted labyrinth of lies, swindles and half-truths threaten to implode at any minute, and it’s that suspense and tension - along with the absurd situations that Marius finds himself in - that make Sneaky Pete such a smart, riveting and often tense ride through a complicated web of family, crime and everything that should (but doesn’t) separate the two"

"Sneaky Pete struts with confidence," said The Hollywood Reporter. "There's a palpable sense of forward motion in the con itself and then, as the episodes unfold, the ensemble cast beyond Ribisi, Martindale and Cranston gets to really shine as characters begin spinning out in new directions."

The Guardian described the show as "thumping good fun", while The AV Club said: "The best of Sneaky Pete feels like an expertly plotted Elmore Leonard novel."

How many seasons are there?

To date there have been two seasons of Sneaky Pete and a third one is coming in 2019. The first series began in 2015.