Rude, lewd and extremely naughty, The Boys is the perfect antidote to the superhero TV and movie overload in 2019.

The biggest announcement at Comic-Con 2019 was the latest raft of TV shows and movies being made by Marvel, which means we’ll have a never-ending stream of MCU content to watch between 2020 and 2022 – from Hawkeye and Loki to The Eternals and Doctor Strange.

However, it was an announcement elsewhere at Comic-Con, on a smaller scale that caught our eye. Amazon Prime Video’s The Boys revealed that it has already started filming season 2, a month before season 1 is even released.

The Boys skewers the Marvel Universe with a mixture of biting satire, subversive anti-capitalist messaging and outrageous bad behaviour.

Making Deadpool look like a Sesame Street character, The Boys ramps up the blood, guts, sex and bad language as it poses the question that every comic book fan has probably wondered at some point – what would people really do if they had superhero powers?

The answer in The Boys is that they would do bad things. Very bad things.

Vought, the definitely-not-based-on-Marvel multi-billion dollar conglomerate, manages superheroes across America. They keep their dirty secrets under wraps for them, flogging merchandise and reality shows for their biggest assets  - The Seven - and they have an unwelcome amount of influence over those in power due to the skills of the Supes in fighting crime, and more importantly, snaring secrets about every politician. 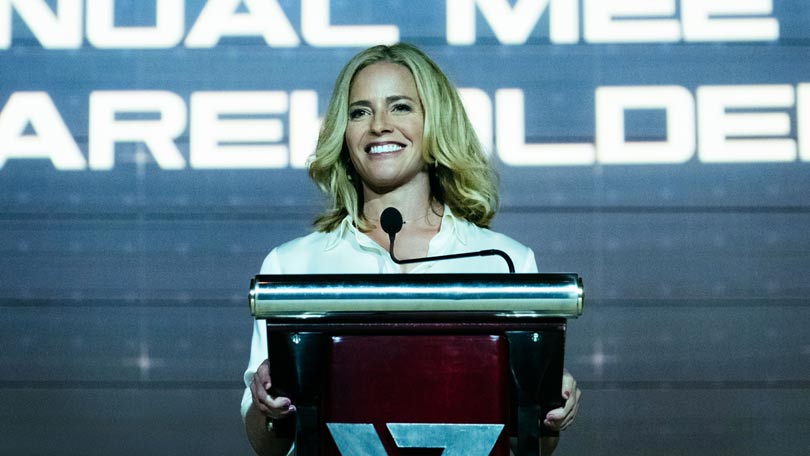 If Vought are the shady, mysterious villain lurking in the background of the Boys, The Seven are the shameless faces of the business doing their bidding.

A mixture of hapless, broken, sinister and seedy, they are led by Antony Starr’s dastardly Homelander – you’ll never look at Superman the same way again.

At the start of the series, they are joined by the newest member of The Seven, country girl and god-loving Starlight, played by Erin Moriarty.

Starlight’s character has evolved considerably from the comic book series and although she still suffers at the hands of the Seven, Moriarty brings a steeliness and nuance to the character, which feels fitting for the #MeToo era.

On the side of The Boys we have Hughie (Jack Quaid), a blue collar worker who has his life turned upside down by the actions of a Supe. The trauma, injustice and fall out brings Hughie into the path of Karl Urban’s badass Billy Butcher. 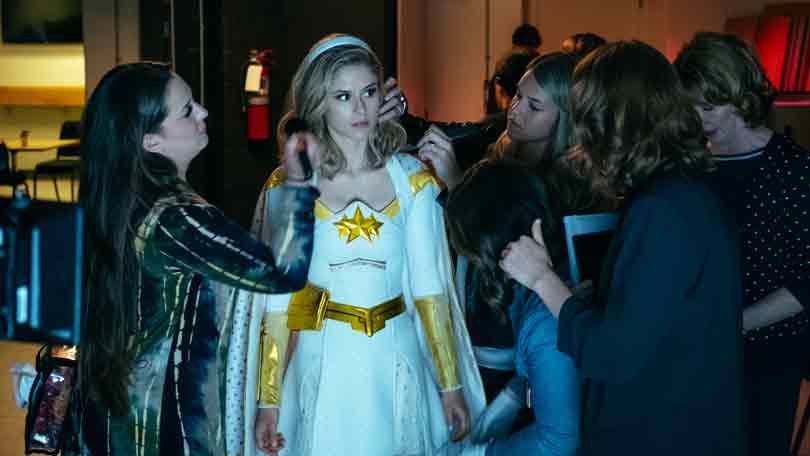 The cockney vigilante has his own reasons for wanting to bring down the Seven and his meeting with Hughie inspires him to get his old Supe-fighting band back together. The only problem is that the rest of the Boys, Frenchie and Mother’s Milk, can’t stand Billy or even be in the same room as each other.

The joy of The Boys is the richness and variety of characters, which means the pace never relents across the eight episodes and the show is able to flick a switch on the tone from nail-biting action to outrageous comedy.

Speaking of outrage, if you've never seen Seth Rogen and Evan Goldberg’s previous R Rated comic book adaptation Preacher, prepare for jaw-dropping moments unlike anything you’ve seen before on TV. And even if you have watched Preacher, The Boys pushes the needle even further with at least one moment in every episode that will leav youe wondering, ‘are they really allowed to show that?’

1. Come for the wild antics, stay for the subversive messages 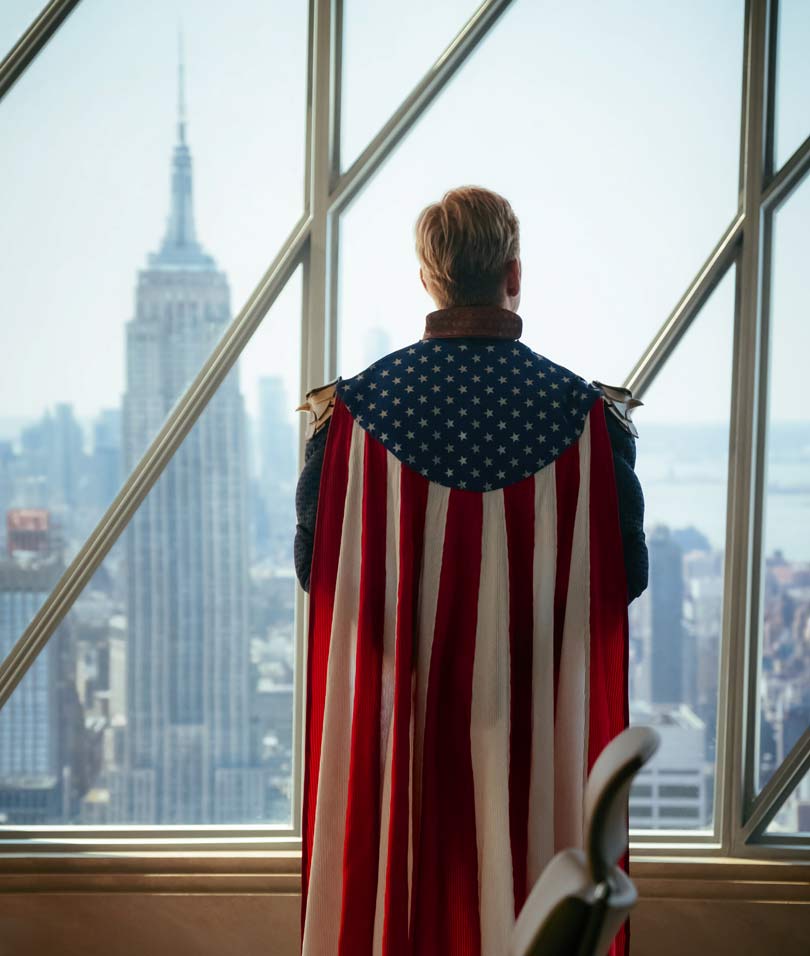 "[The Boys are] all basically the little guy. They're blue collar, the 99%. In one way or another, they’ve all been f***ed over by these massive tectonic plates of power, from corporations or the superheroes,” explained show producer Eric Kripke, speaking at Comic Con.

"They just get ground under the wheel as just collateral that aren’t given a second thought…these guys have all suffered personally. What makes them different is that they’ve decided to fight back against the 1% of the 1%."

It’s this underlying message that provides The Boys with a heartbeat, preventing it from becoming a sequence of stunts and set-pieces.

There’s a burning anger at the heart of The Boys about everything from big business and religion to corrupt politicians, which means the show has an enduring quality way beyond its shiny comic book gleam.

Kripke might also have a certain blonde-haired political leader in his sights with the show.

"The Boys are the heroes because they sit together, are loyal to each other, they’ve got each other’s back. And are willing to admit vulnerability and weakness," he said.

"What I love is that the heroes of the show are the people who express vulnerability. The villains are the slick people who stand in front of the world refuse to admit weakness and somehow think demonstrating strength at all times is good when it’s actually dictatorial, autocratic and full of bull****.” 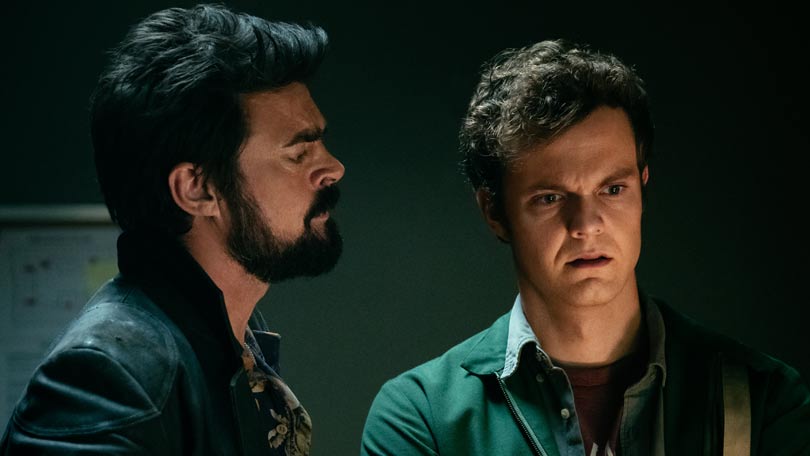 From his ridiculous cockney accent to his splendid line in Hawaiian shirts, Karl Urban’s Billy Butcher is a OTT joy that absolutely steals the show.

From motivational speeches about the Spice Girls to ass-kicking Supes, Urban’s Butcher is electric to watc. And when the extra layers are added in about his heartbreaking backstory, Urban manages to bring empathy and softness to a character you’d seen bashing heads not long previous. 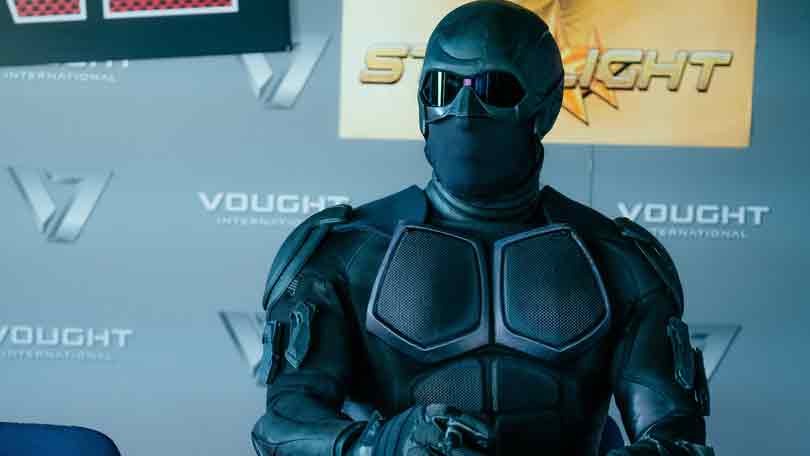 From stone cold classics like Thin Lizzy’s The Boys are Back in Town and The Kingsman’s Louie Louie to modern edge from Royal Deluxe and Gizzle, the soundtrack to The Boys is banger after banger. And it even throws in Spice Girls Wannabe, because it’s what Billy Butcher would have wanted.

Check out The Boys soundtrack now on Spotify to get a taste of the series.

How to watch The Boys

Watch The Boys on Amazon Prime Video from July 26th.