The cast are heading to San Diego to meet fans and reveal exclusive news about the new episodes.

Fear the Walking Dead is going to cause a storm at Comic-Con 2018 as they preview the dramatic conclusion to the show's fourth season.

[Read more: Fear the Walking Dead - All you need to know about season 4]

The season 4B premiere will air at 2am, simultaneous with the US premiere and will be repeated at 9pm at primetime.

A trailer for the new episodes and the new key art released for Comic-Con reveal that nature and a gigantic storm will have a central role in the upcoming story. 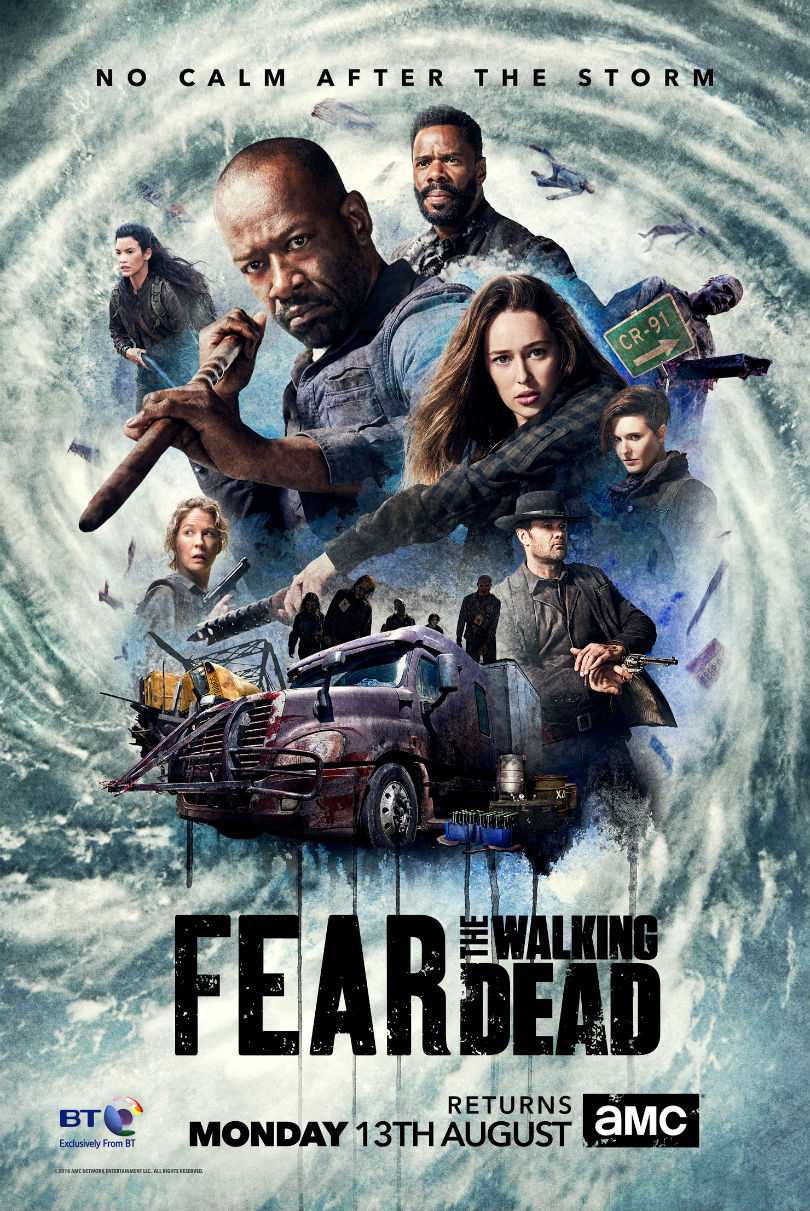 AMC is available free of charge in the UK to BT customers on channel number 332 on BT TV and to BT Sport Pack subscribers on Sky channel 192.

AMC is also available in HD on both BT TV and Satellite with an HD subscription.

The panel will be moderated by Yvette Nicole Brown.

The first half of season four began with one figure huddled around a campfire, and ended with nine.

Characters who started their journeys in isolation collided with each other in unexpected ways and found themselves in one of the last places they ever expected to be...together. In the back half of the season they will explore who they are now – as individuals and as part of the greater group – and how they will forge ahead. They will find themselves pitted against new adversaries - human, walker, and even nature itself. Theirs will be a journey wrought with danger, love, heartbreak, loss, and ultimately, hope.