In The Walking Dead universe, there’s a strong case to argue that Morgan Jones is the most important character in the evolution of Rick Grimes.

Daryl may be cooler, Shane and Negan may have been more brutal and Glenn and Carl may have made us shed more tears, but the stories of Morgan and Rick have intertwined since the premiere Days Gone Bye. 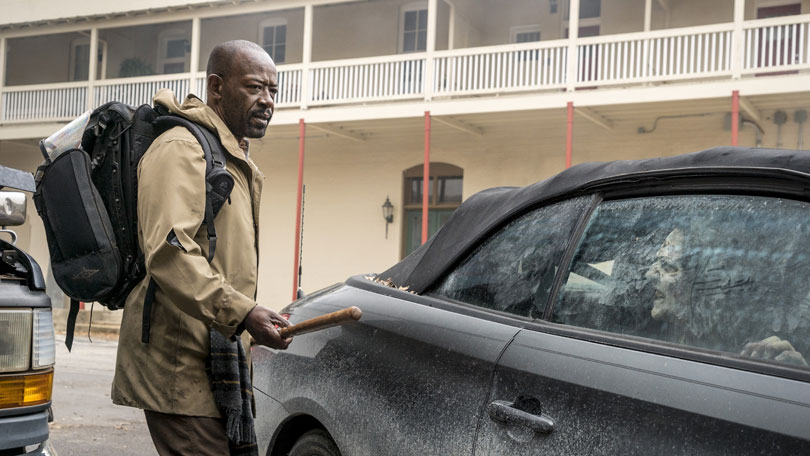 Lennie James transformed a character who could easily have been dispensed with as zombie food into a fan favourite who is constantly battling his demons and struggling to find his place in the violent new world.

Here are the five must-watch Morgan Jones episodes to watch before ‘Worlds Collide’ in the Fear the Walking Dead premiere on April 23rd.

We first met Morgan in the Walking Dead premiere, where he helped bring Rick Grimes up to speed on the apocalypse.

Morgan and his son Duane formed a bond with Rick over their shared values and determination to protect their families.

The friendship that Morgan and Rick struck up in the premiere is still what ties the pair together and gives them a bond that can’t be broken, no matter how dire the consequences.

The fact that they met each other at the beginning also meant they knew they each other before their darkest moments and have so far been able to drag each other back from the brink.

At the end of the premiere, Rick headed off to search for Lori and Carl and left Morgan fully-kitted up with an arsenal and walkie-talkie. It would be a couple of years before the duo would meet again.

An episode which always ranks highly among Walking Dad fans ‘best ever’ lists, Clear saw a shock reunion for Rick and Morgan.

Tragically, we discover that Morgan has lost his son Duane and after a shoot-out, Rick discovers his friend is unstable and falling apart.

The confrontation between the unhinged Morgan and Rick is an emotional and tense as the two face-off with knives and guns. Eventually, Rick manages to break through Morgan’s mental despair and connect with him, but he can’t persuade him to join Carl, Michonne and the survivors.

However, a conversation between Carl and Morgan, where the youngster apologises for shooting Morgan, appears to make an impact. “Don’t ever be sorry,” he replies.

The next time we meet Morgan, he will be in a much stronger position. 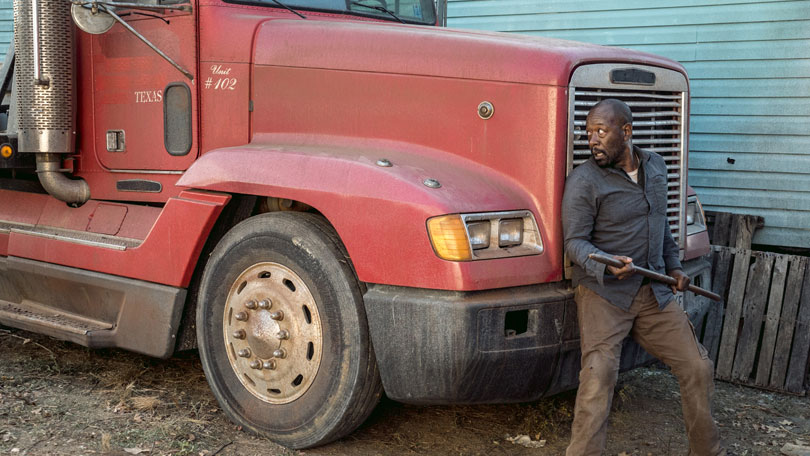 The return of Morgan has been teased for a number of episodes as he hunted down his old pal Rick, but their reunion wasn’t as cheery one.

In the season five finale, we watch a revitalised Morgan living a with a peaceful philosophy, using only a wooden staff to defend himself.

He finally reunites with Rick after he saves the lives of Daryl and Aaron from walkers and the Wolves. However, when he is taken to Alexandria, they meet at a desperate and dark moment for his old friend.

The look between the pair after Rick executes Pete Anderson, marks a new chapter in both characters’ stories as Rick takes the path of violence and Morgan becomes a man of peace.

The gap in Morgan’s story from Clear to Conquer is finally revealed in this powerful, two-man episode, which offered a dramatic change of pace from the usual guts and gore of The Walking Dead.

Lennie James gives arguably his best ever performance in The Walking Dead as he tells an imprisoned Wolf the story of his life-changing meeting with a man named Eastman (John Carroll Lynch).

Eastman introduces Morgan to The Art of Peace, his bo stick, aikido, his pet goat Tabitha and helps him recover from the PTSD and emotional stress of losing his wife and son.

Eastman meets a tragic end saving the life of Morgan, but his actions and words breathe new life into his student and his advice to live and find people inspires Morgan to hunt down his old pal Rick once again.

Season 7 was a long-battle for Morgan as his ways of peace conflicted with the dangerous new world that he found himself in. Could he really maintain Eastman’s philosophy in a battle with Negan and the Saviors?

The philosophical battle eventually came to a head following the death of Benjamin, which tips Morgan back over the edge.

We see flashbacks to his wife and Duane and despite the efforts of Carol and Ezekiel to calm him, the closing shot of the episode is Morgan sharpening the point of his staff. A new stage in Morgan’s life is beginning as he returns to violence, but how this will lead him into the world of Fear the Walking Dead remains to be seen.

Fear the Walking Dead is coming back for its fourth season on Monday, April 23rd at 9pm on AMC – exclusive to BT customers.

The channel is the home of shows including The Terror, Snatch, Halt and Catch Fire and Ride with Norman Reedus.