Pierce Brosnan interview: Acting legend talks AMC's The Son, the creation of Eli McCullough, life as an outsider and the writing of Philipp Meyer

The star of AMC's epic Western saga talks in depth about the making of the series and his views on the darkness of Eli McCullough.

AMC's The Son is the must-watch epic TV drama of Spring 2017, bringing Philipp Meyer's bestselling and critically acclaimed novel to life with the gripping story of one family's rise and fall over 150 years in Texas.

At the centre of the TV series is Pierce Brosnan, making his first return to the small screen since he first shot to fame in the 1980s in the classic Remington Steele.

Brosnan spoke on set about how he got involved in the show, the shaping of the dark lead character Eli McCullough and his own associations with life as an outsider.

How do you describe Eli McCullough? 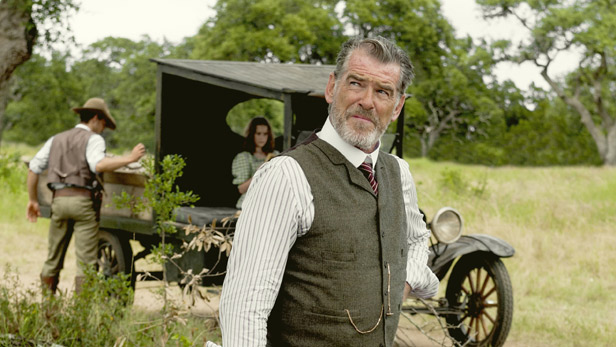 Eli McCullough. Well, he’s the first son of Texas, that is for sure. He is a man who has seen a lot of death, seen many, many families die, lost a few families himself. And he’s a man who is driven by his own heart and passion.

He was born on the same day as the Republic of Texas. He’s a man who is questioning - questioning his time in life as the patriarch of a family called the McCulloughs.

He was brought up by the Comanche. His mother and father were settlers and traveled far to reach the Promised Land, the American frontier.

He saw the savage brutality of the demise of his mother and his sister, and then he has his own kind of struggle for survival at the hands of the Comanche.

There's a duality to the man.  He’s a boy at the age of ten whose life is torn apart savagely by the Comanche, and then he becomes a Comanche.


You joined the show quite late didn’t you? 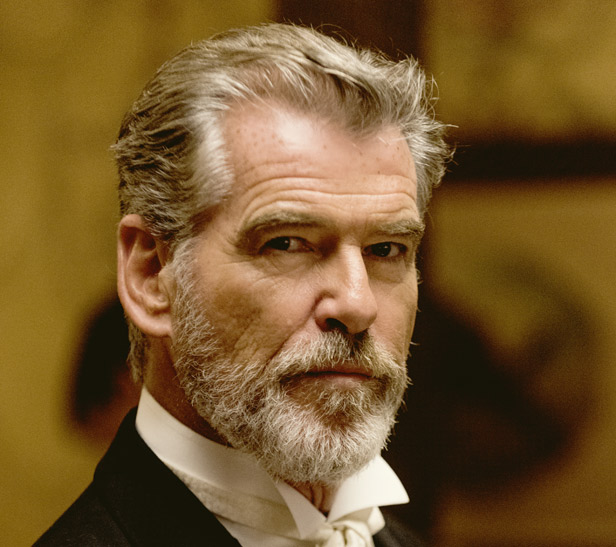 Somehow he found me and I found Eli here. I thought I was going down one road, off to make some kind of story, and here I am making this story. So I’m having the time of my life here in Austin and we've just completed episodes 4 and 5.

I bought the book back in 2013. I actually lost it in the house fire…that’s another story. And then the job came in about three months ago. So I’m still reading the story and living the story now.

How does Eli view himself?

I think when you have such a traumatic upbringing as this man has had, you’re always catching up with yourself. There’s always a deep remorse and a deep grieving about who you were and who you’ve become.

I mean, this piece constantly reminds me of our ancestors. I say that as an Irishman who has been an immigrant, from Ireland to England and England to America, so I know what that is like to be the outsider and to try to be accepted, to fit in.

There is a duality to Eli McCullough definitely. You know, you’re sitting there in 1915. The audience is seeing young Jacob Lofland play me as a boy, and so there’s a wonderful sense of theatrical - you have to pay attention.  There’s a few plates in the air at the same time. So you have a very complex psychology and emotionality to the piece.

[Read more: 5 reasons you will love The Son]

Why is Eli so different to his sons? 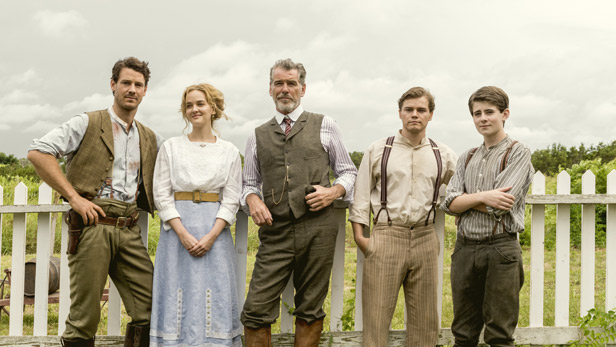 Well, he's had a harder life. He’s not such a sentimentalist because he’s been brought up with war and war and more war. And there’s a brutality there. There’s a deep brutality. There’s a real savage, you know, slit your throat, cut your ears off, go for the jugular, doesn’t suffer fools gladly. And yet knows, because he’s lived this incredible life, that everything falls apart. There’s a wisdom to the man.

But he loves his sons dearly. Dearly loves his sons. Your family is your family, and when your back is up against a wall you’ve got to come out fighting. So he’ll fight for them all the way. Both these two young men are very different to Eli and yet I think Eli has an understanding of them both and has a big heart for them.

When is Eli most comfortable? 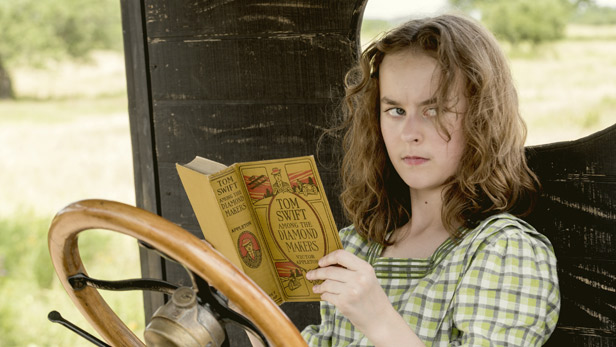 When he’s with his granddaughter Jeannie. She is him. She is the one. She is this powerhouse of a woman in the making and there is just a deep attraction and love, father-to-daughter.

She’s the one who really holds my heart and has all my confidence. She knows the rhythm of my heart and how I feel and it’s a beautiful relationship.

Sydney is just an - an amazing young actor, as they all are in this show. I came into this piece surrounded by these glorious actors, these magnificent players.

What do you love about the writing of Philipp Meyer?

What this piece has - it has a heart. It has a soul. It has a deep investigation of the times by Philipp Meyer, and one hopes that it will entertain.

The writing of Philipp is so beautifully rendered and, you just have to follow the notes. The whole team has such erudite minds and passion for the piece. To play each day and to be part of it is joyous.

The writing by the team of writers and the story by Philipp Meyer is such a resonation of humanity and ambivalence. That’s where the drama comes, when you have the ambivalence. This guy, this tribe, killing, fighting.  Mankind’s repetition of cruelty, repetition of ignorance, savagery, shaming.  And Eli sees all that because he's lived all that.

Watch The Son, Tuesdays at 9pm on AMC or catch up now on the BT Player - exclusive to BT customers.

[Read more: Meet the cast of AMC's The Son]