The anthology series is based on the best-selling book from Dan Simmons and will air in the UK – exclusive to BT customers.

AMC’s The Terror is one of the most highly-anticipated dramas of 2018.

The ten-episode series, from executive producer Ridley Scott, is an epic suspense thriller, inspired by the true story of a Royal Navy voyage into unchartered territory.

[Read more: Red carpet launch of The Terror on AMC]

[Read more: First look at The Terror on AMC] 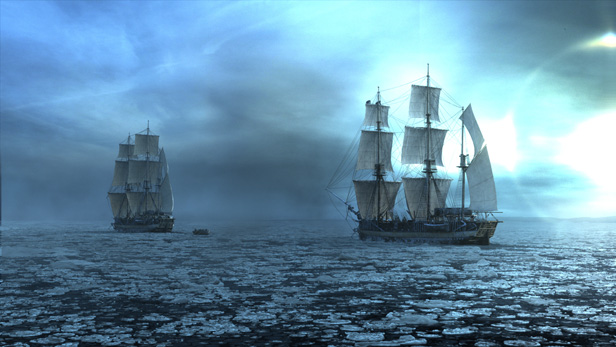 The Terror highlights all that can go wrong when a group of men, desperate to survive, struggle not only with the elements, but with each other.

"The Terror captures a rare combination of fascinating history, complex and flawed characters, the inextinguishable human spirit and the horror and promise of an uncharted world," said executive producers and co-showrunners David Kajganich and Soo Hugh.

"We are looking forward to bringing viewers into this world."

Meet the cast of the epic AMC series 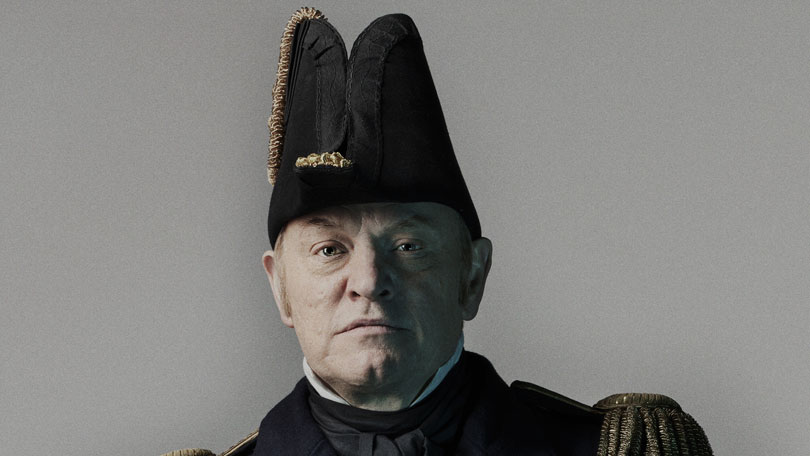 Captain of the HMS Terror and second in command of the expedition, Francis Crozier is a peerless sailor and an Irishman who has reached his glass ceiling in Her Majesty’s Royal Navy. He's had to accept his second-class status without internalising it, even as he sees his accomplishments again and again go unrecognised and his expert advice unheeded.

When disaster strikes the expedition and he finally has a chance to prove himself, will he be able to face down his many demons and rise to the challenge of saving his men?

His film credits include Sherlock Holmes: A Game of Shadows, The Curious Case of Benjamin Button and Lincoln.

He is the son of Irish acting legend Richard Harris. 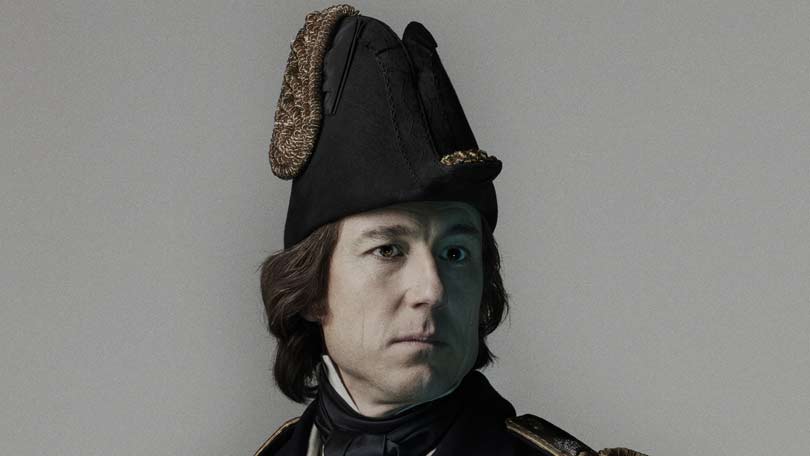 He has secured John Franklin’s confidence, in spite of his never having sailed in the polar regions before, and develops an enmity toward Crozier. Fitzjames perceives Crozier as a joyless alcoholic bore, but he secretly knows that Crozier sees through his self-aggrandising bluster.

And Crozier is not wrong: When the expedition finds itself in desperate straits, the confident mask Fitzjames presents to the world begins to slip, revealing a man with crippling secrets.

Tobias Menzies is best known for performances in the cult series Outlander, where he plays Jonathan ‘Black Jack’ Randall and Game of Thrones, which he stars in as Edmure Tully. 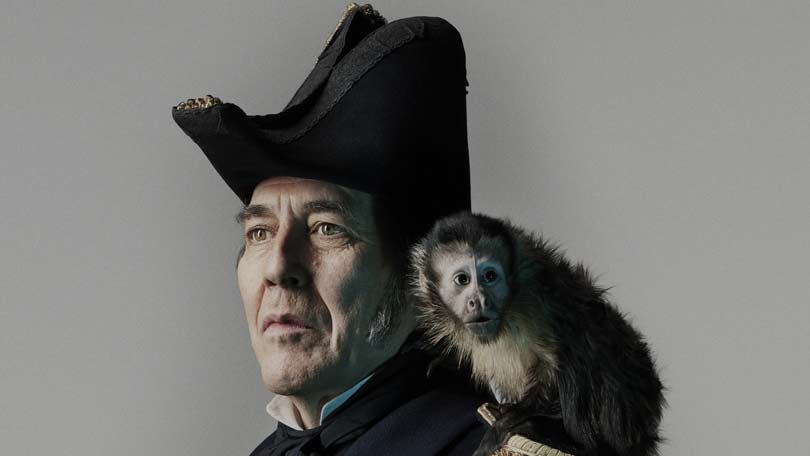 Captain of HMS Erebus and commander of the expedition, Sir John Franklin is an experienced leader with a blemished record in the Royal Navy, a man "everyone likes, but no one respects". He saw men die under his leadership on a previous polar expedition, and, nearing the end of his uneven career, would like to retire in full glory as the man who finally discovered the Northwest Passage.

But despite his best efforts, his ambition puts his men in terrible danger and  he must try to undo the damage caused by his Victorian hubris.

The Northern Irish actor has featured in films such as Road to Perdition, Munich, There Will Be Blood, Harry Potter and the Deathly Hallows – Part 2 and Tinker Tailor Soldier Spy.

Last year, he starred in the Justice League movie as the main villain Steppenwolf.

His TV credits include Gaius Julius Caesar in the series Rome, DCI James Langton in Above Suspicion, Bud Hammond in Political Animals and Mance Rayder in Game of Thrones. 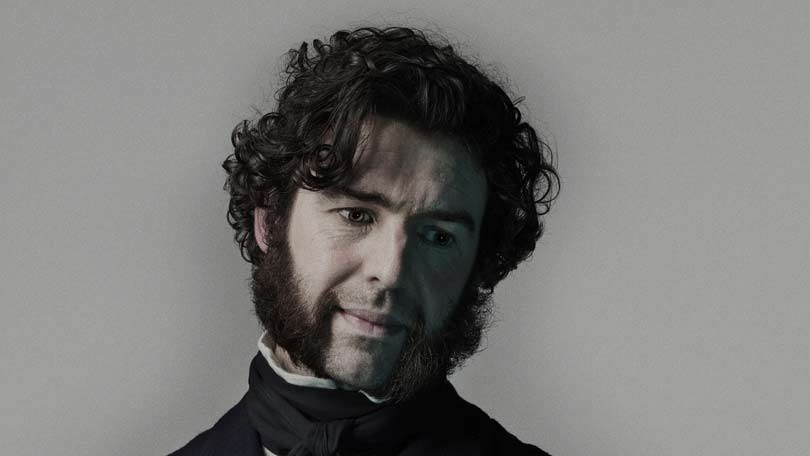 The most junior of the expedition’s four  doctors, Harry Goodsir is a gentle, moral soul who joins the Discovery Service to explore the natural world of the Arctic. But his open-minded intellect and empathetic nature make him the first to realise something supernatural is also in play, and he sets about trying to understand the forces working to destroy the men, even as he redoubles his efforts to try to connect with this vast, strange landscape and its indigenous people.

His other TV credits include the cop series Cuffs, The Tunnel and Channel 4's critically acclaimed horror thriller Utopia. 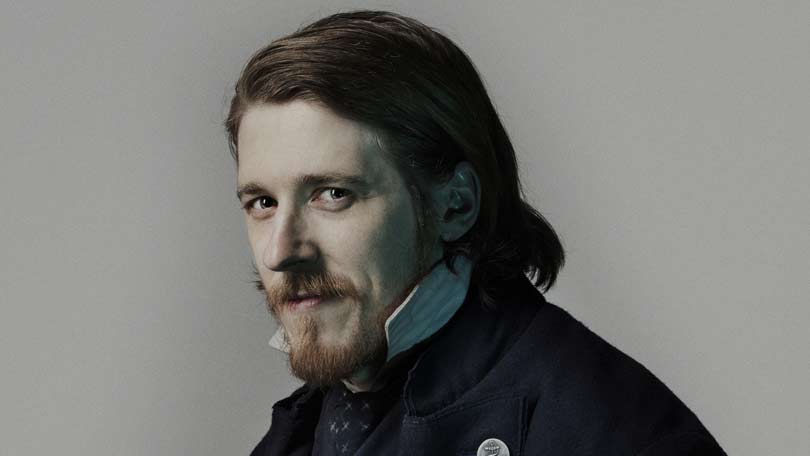 Caulker’s Mate on Terror, Cornelius Hickey is a young petty officer whose rank on the ships should, by any standard, keep him invisible to the officers. But Hickey is not quite what he seems.

With streetwise intelligence and intense social ambition, he attempts to ingratiate and triangulate his way up the social ladder. But when his early efforts fail, a newfound contempt for authority leads him to an even more dangerous agenda, threatening the expedition from within even as the men battle terrifying forces from without.

Adam Nagaitis is best known to TV fans for his roles in Bronte sister drama To Walk Invisible, the mini-series Houdini and Doyle, BBC One hit Happy Valley and period drama Banished. 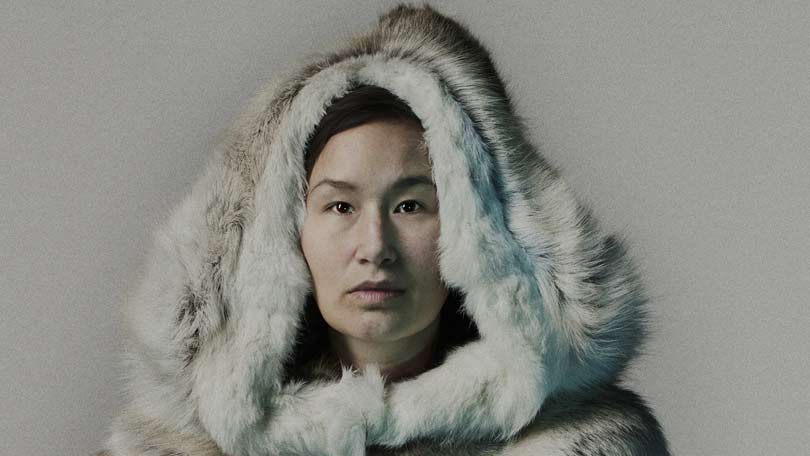 As a member of the region’s Netsilik people and the daughter of a formidable shaman, “Lady Silence” as she is nicknamed by the men of the expedition, begins our story as a dutiful young woman at risk of being overwhelmed by the destabilising presence of two ships full of Europeans upsetting the delicate balance of her homeland.

But she must quickly learn to manage her fears and find a way to attempt to protect her own people as well as some of the men on the expedition for whom she has come to feel an unexpected friendship. She and she alone may hold the key to reversing the supernatural disaster taking place alongside the men’s desperate race for survival.

Nive Nielsen launched her career as the front woman of the Greenlandic group Nive and the Deer Children. While touring around the world, her namesake band was bestowed numerous awards, including the Danish Crown Prince Couple’s Stardust Award, an Independent Music Award and even a nomination for the Nordic Music Prize. Nielsen isn't just another indie rock sensation, though; she has also followed her passion to a career in film and TV.

While Nielsen was studying in Ottawa, her friend and future bandmate encouraged her to play the ukulele and write some songs. Despite never having written or sung before, Nielsen took it as a challenge and wrote the song “Room,” which later became one of the first songs produced by Nive and the Deer Children. Fronted by Nielsen, the group debuted with its self-released album, Nive Sings! in 2009. The album was a huge success and would go on to achieve gold status in Greenland – where one in 10 people owns it.

After completing her studies abroad, Nielsen returned home to work for Greenland national TV and radio as a researcher, segment producer and, eventually, host. This experience led  to roles on several locally produced shows and documentaries, as well as a small part in 2004’s The New World, starring  Colin Farrell. Her music has since been included in several  films, most notably Nuummioq, which was featured at  Sundance International Film Festival. 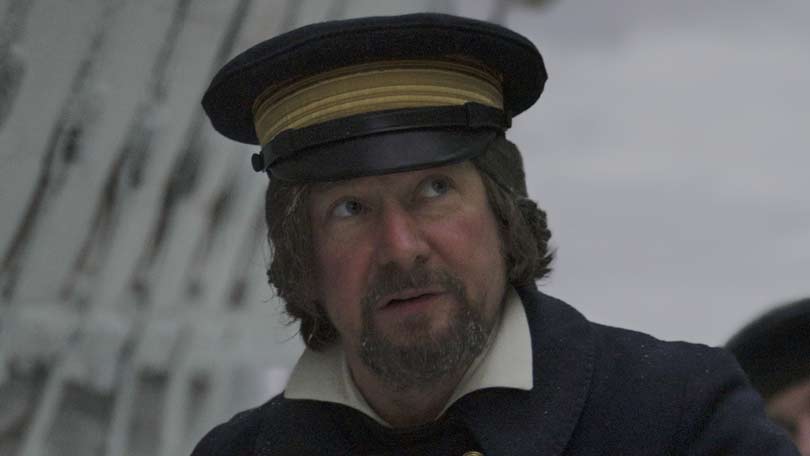 Ice Master of Terror and long-time friend of  Francis Crozier, Thomas Blanky has the experience  to be a captain himself but prefers the thrill and challenge of battling the constant puzzle of the  Arctic ice to the social demands and shallow politics  of command. He is a resourceful, unflappable force on the expedition, who refuses to dignify any emergency with fear and trembling. When others retreat, Blanky stands his ground with a shrewd smile and twelve fantastic ideas about how to put any threat in its place.

Ian Hart began his career onstage when he was a student in Liverpool, England. Shortly after, he ventured from the theatre to the big and small screens, including a role in Neverland with Johnny Depp  and opposite Will Smith in Enemy of the State, and roles in television series such as The Bridge, Boardwalk Empire, Agents of S.H.I.E.L.D. and Bates Motel, to name a few.
Hart is best known for his role as Professor Quirrell in Harry Potter and the Sorcerer’s Stone, and he won a Tribeca Film Festival Award for Best Actor in 2004  for his work in Blind Flight.