Fact or fiction? The true story of the HMS Terror

AMC’s The Terror is a new must-watch historical epic with a supernatural twist.

[Read more: On the red carpet with the stars of The Terror] 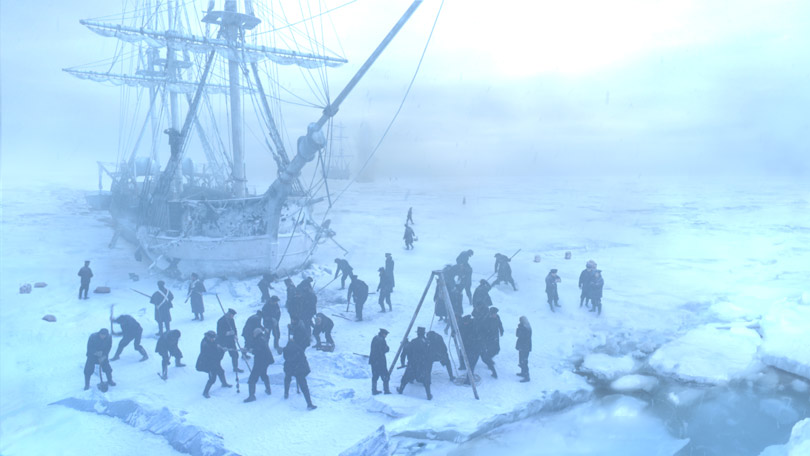 But what really happened in 1845 and where does the true story end and the TV series begin – here’s a quick guide to the real story of the HMS Terror.

The HMS Terror and the HMS Erebus before 1845

Before the Franklin expedition, the Terror and Erebus were bomb ships designed to carry heavy mortar and cannon to bombard shore targets from sea. Terror was involved in the Battle of Baltimore and its bombardment inspired a Francis Scott Key poem, which later served as the basis for The Star-Spangled Banner.

Terror and Erebus were used on two previous Arctic trips before 1845, an 1936 expedition where the Terror ended up trapped for 10 months in the ice and nearly sank and a 1839 voyage under Sir James Clark Ross to Antarctica.

The finest ships of their age 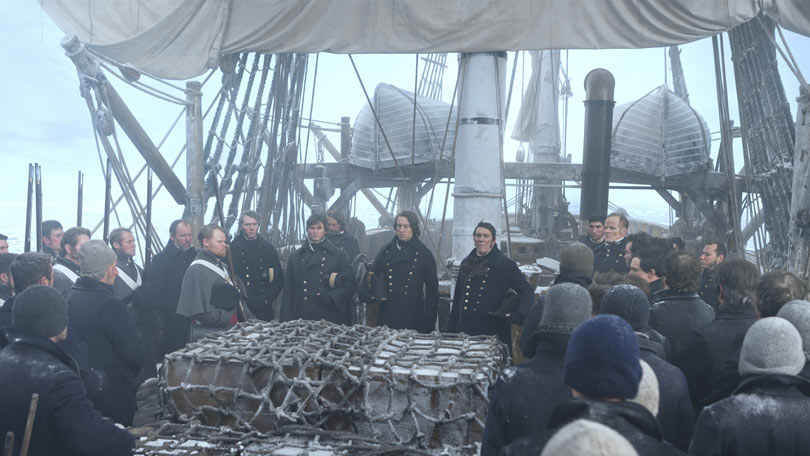 Terror and Erebus were not chosen at random, they were the strongest vessels of the era and selected for the expedition because of their ability to handle the worst conditions.

Reinforced with iron plating to protect them from the pack ice and cross-planked decks, they were also the first Royal Navy ships to be packed with steam-powered engines and crew propellers, meaning they could travel at 7.5km per hour. The steam created also helped generate heating and fresh water for the crew,

[Read more: Who was the real Captain Crozier on the HMS Terror]

Why were they exploring the Northwest Passage?

Europeans had been looking for a gateway between the Western Atlantic and Eastern Pacific Ocean from as early as 1400 and the British Admiralty even offered up a reward of £20,000 to anyone who discovered the passage.

In 1845, the journey was designed to confirm the existence of the Northwest Passage and map the Arctic coastline.

Sir John Franklin was chosen to lead the expedition after first choice Sir James Ross turned the trip down.

Where did it all go wrong? 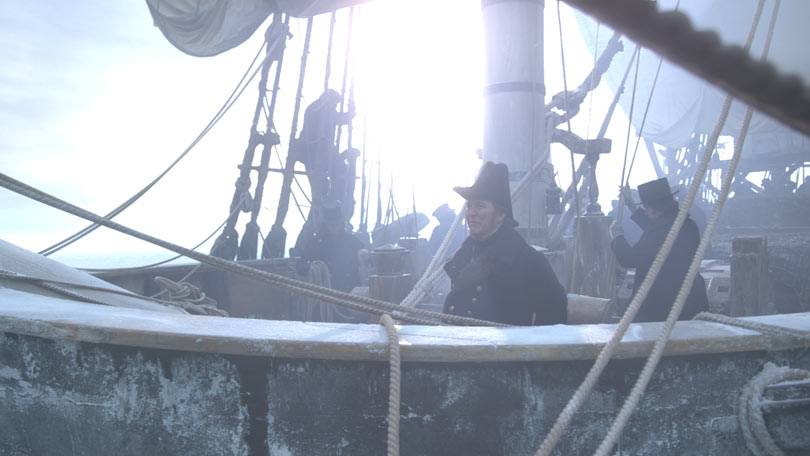 The last contact with the outside world came on July 26th 1845, when two whaling ships saw Franklin’s expedition in northern Baffin Bay and all appeared to be well and on track.

No news was initially not considered a problem – especially with all the ships reserves - however, after no contact in 1846 concerns began to form back home.

However, it wasn’t until November 1847 that John Ross was able to get approval for the first rescue mission and they set off in 1848 – three winters on from Franklin’s crew’s departure. Franklin’s disappearance was a big news story at the time and the Admiralty offered sizeable rewards for anyone who could rescue him, the ships or discover the Northwest Passage.

[Read more: Why The Terror will shock and surprise viewers in 2018]

The first signs of the expeditions failure were discovered on Beechey Island in 1850, where three graves and headstones were found next to marks on the ground from fire, sledges and 600 large empty food cans.

Although the Admiralty had no desire to continue the costly search for Franklin’s men, the expedition took on legendary status with the mystery surrounding the disappearance of an English hero sparking numerous theories about what had happened.

Is the legend of cannibalism true? 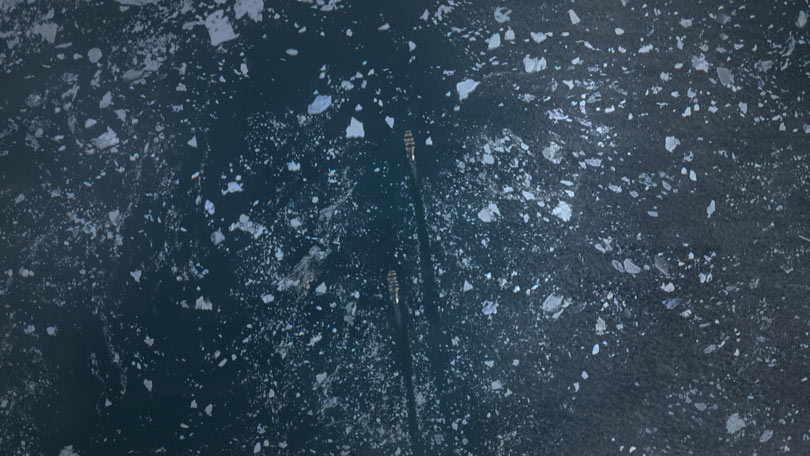 It was 1953 when the fate of Franklin’s men was finally confirmed by a group of Inuit, who said that around fourty men had told them using sign language that the boats had been crushed. They claimed that later on the remains of the same men were discovered.

Reports of the remains suggest that there was an almost apocalyptic scene with the men forced to resort to cannibalism as their only means to survive. These clams were ignored and refuted by Lady Franklin, however, when the corpse of John Torrington was exhumed on Beechey Island 135 years later in 1981, modern forensic techniques indicated that there were signs consistent with cannibalism on the bones.

[Read more: The greatest British explorers of all time]

When were the remains of Erebus and Terror discovered? 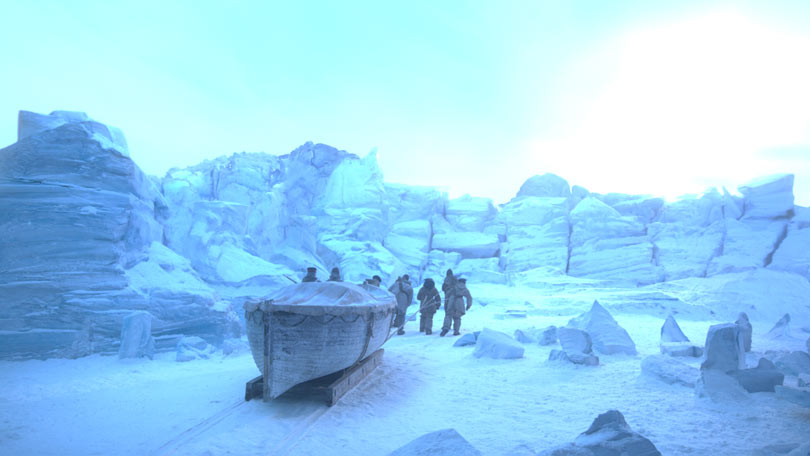 Remarkably, the remains of Erebus and Terror have both been discovered in the last decade.

In 2014, the Erebus was found to the west of O’Reilly Island by the Victoria Strait Expedition and in 2016 – when filming for the TV show was about to start – The Terror wreck was found near King William Island.

The well-preserved wreck may force historians to rewrite the theory that The Terror was crushed by ice.

Adrian Schimnowski from the Arctic Research Foundation told The Guardian: “The wreck is in such good condition that glass panes are still in three of four tall windows in the stern cabin where the ship’s commander, Captain Francis Crozier, slept and worked

“This vessel looks like it was buttoned down tight for winter and it sank.

“Everything was shut. Even the windows are still intact. If you could lift this boat out of the water, and pump the water out, it would probably float.”

Where does The Terror TV series deviate from the true story? 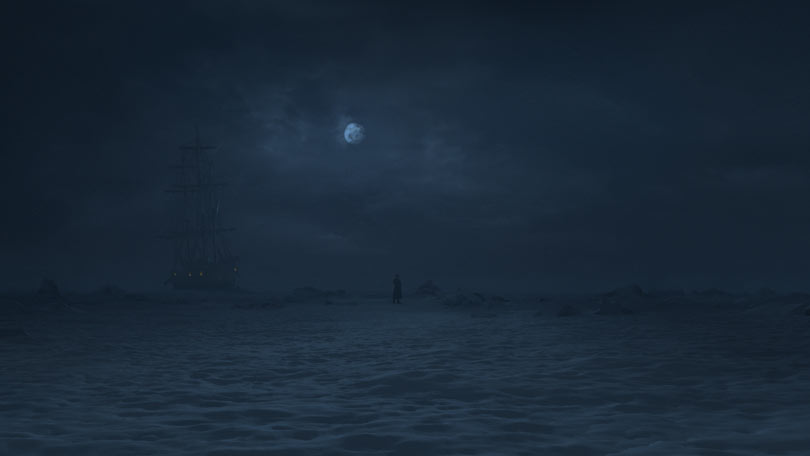 The beginning of The Terror, like Dan Simmons novel, is based on the true history of the two ships, the real crew and how they got stuck in the ice. However, where the true story of The Terror ends is when the records of Franklin, Crozier and their men disappear.

The Terror morphs into a supernatural series, with a chilly claustrophobia on the ships and a terrifying bleakness on the ice... and something lurking in the darkness.

Jared Harris and Tobias Menzies reveal what’s in store on AMC's The Terror – hit play below.