Who was Captain James Fitzjames? Discover the real-life figure behind The Terror character

Tobias Menzies portrays the ill-fated Victorian captain on The Terror. Find out all about the life and times of Captain James Fitzjames…

AMC’s The Terror is already one of the most critically acclaimed dramas of the year. A supernatural thriller featuring a roll-call of prestigious British actors including Tobias Menzies, Jared Harris and Ciaran Hinds, it reimagines the mysterious disappearance of Sir John Franklin’s ill-fated expedition to the Arctic in 1845.

[Fact or fiction? The true story of HMS The Terror]

One of the central characters in The Terror, Captain Fitzjames, is portrayed by Tobias Menzies – who will be taking over the rold of Prince Philip in the third season of Netflix drama The Crown.

The character of Fitzjames is based on a famous British explorer. Here we look at the historical figure behind the character in the AMC thriller.

Captain Fitzjames on The Terror

The aim of the expedition was to discover a sea route connecting the Atlantic and Pacific oceans via the Northwest Passage. An easily traversable route would lead to faster and more efficient trade with Asia.

[Who was Sir John Franklin? Discover the man behind The Terror character]

As their expedition rapidly dissolves from revolutionary to pure disaster, Captain Fitzjames’ confident façade crumbles and he makes a solid enemy with his higher ranking and far more experienced Captain Crozier. And to top this off, various personal secrets of Fitzjames unravel almost as fast as the expedition itself.

Tobias Menzies'  character on The Terror is based on the historical figure Captain James Fitzjames.

Born in 1813, Fitzjames was just 32 years old when he joined the Franklin expedition as the third highest-ranking member of the crew.

Although he was brought up by the Rev. Robert Coningham and his wife, the philosopher and poet Louisa Capper, it has recently emerged that Fitzjames was actually the illegitimate son of naval officer Sir James Gambier; the identity of his mother has never been revealed.

[More from The Terror: Read the first reviews for AMC's hit show]

Great lengths were taken to disguise what was then seen as a shameful secret, and he was raised in wealthy surrounding having lived at various country estates across Hertfordshire throughout his early years. 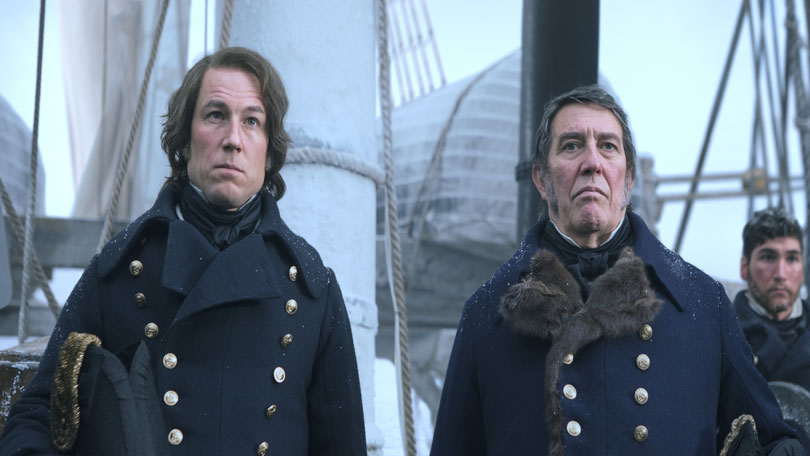 Coningham and Copper raised Fitzjames as their own, alongside their biological son William. The two were taught by the same tutor who tutored the Prince of Wales for Queen Victoria and Prince Albert.

[Who was Captain Crozier? Meet the historical figure reimagined in The Terror]

James’s prestigious education was cut short when he volunteered for the Royal Navy at just 12, joining HMS Pyramus. Promoted to Volunteer of the First Class within three years, and his travels included diplomatic missions to North America.

James would serve in the Royal Navy for the rest of his life, reaching the rank of Lieutenant and finally becoming Captain. Tours of duty included service on The Euphrates Expedition from 1834 to 1837 where he was awarded a silver cup. He also received the Freedom of the City of Liverpool after he dived into the River Mersey fully clothed to rescue a drowning man.

His travels with the Royal Navy would take him to far-flung locations that included South America, Asia and finally the Arctic in search of the Northwest Passage.

What was his role on the Northwest Passage expedition? 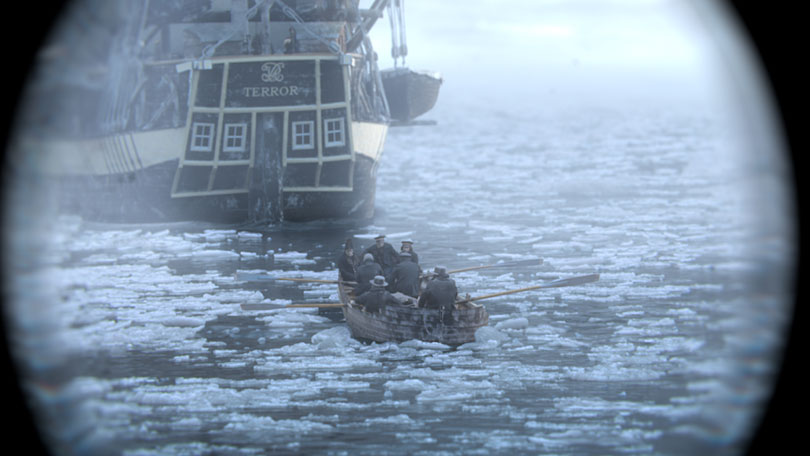 James was appointed Sir John Franklin’s Commander - in modern naval terms an Executive Officer - on HMS Erebus in 1845. He was responsible for recruiting his crew and for leading the ship into the expedition. He had never travelled to Polar waters before and with only the far older and more experienced pairing of Sir John Franklin and Francis Crozier senior to him, this should have been a highly prestigious and career defining appointment.

After the mysterious death of Sir John Franklin, James was appointed Captain of HMS Erebus and co-leader of the entire expedition alongside Crozier.

What happened to Captain James Fitzjames?

Unfortunately, none of the members of the Northwest Passage expedition appear to have survived beyond 1848. After the ships became trapped in icy waters, all crew members died at some point over the following two years.

While Inuit people have claimed to have seen some of the survivors in 1848, no other sightings were recorded after that. The last record of James Fitzjames was his signature on the eerie ‘Victory Point Note’ signed on April 22, 1848 which both detailed the initial successes of the expedition and then reported the grim death of Sir John Franklin and various other members of the crew.

Fitzjames never married and is not believed to have had any children.

How to watch Captain Fitzjames on AMC’s the Terror

The Terror begins Tuesday 24th April at 9pm on AMC on BT TV.

Episodes of The Terror will also be available to BT TV customers on the BT Player.