The singing superstar has joined the guest cast of the hit animated series, playing a super-sophisticated pooch who's not afraid to speak her mind.

Her voice is instantly recognisable, and now you can hear Paloma Faith’s rich tones as she joins the canine cast of 101 Dalmatian Street.

The animated series, inspired by Disney classic 101 Dalmatians, has been a hit for the Disney Channel, and tonight’s (April 3) episode features a special guest star as singer Paloma voices popular pooch Portia.

Main character Dylan has a huge crush on Portia and is determined to win over the sophistcated poodle. As you’ll see from this sneak peek clip, Paloma is perfect for the part.

Lullaby singer Paloma said: “I’m voicing a poodle who is dark, intense and has tons of attitude.

“She is pretty much the coolest pup in Camden Town and loves taking centre stage when drama happens.

“As you can imagine Portia is hugely entertaining to voice and just one of many wonderful and colourful characters that are part of this incredible new series.”

In the episode Crushed Out, Dalmatian Dylan will finally get the girl but will soon discover that you should be careful what you wish for – which sounds like Paloma’s Portia will be a force to be reckoned with. 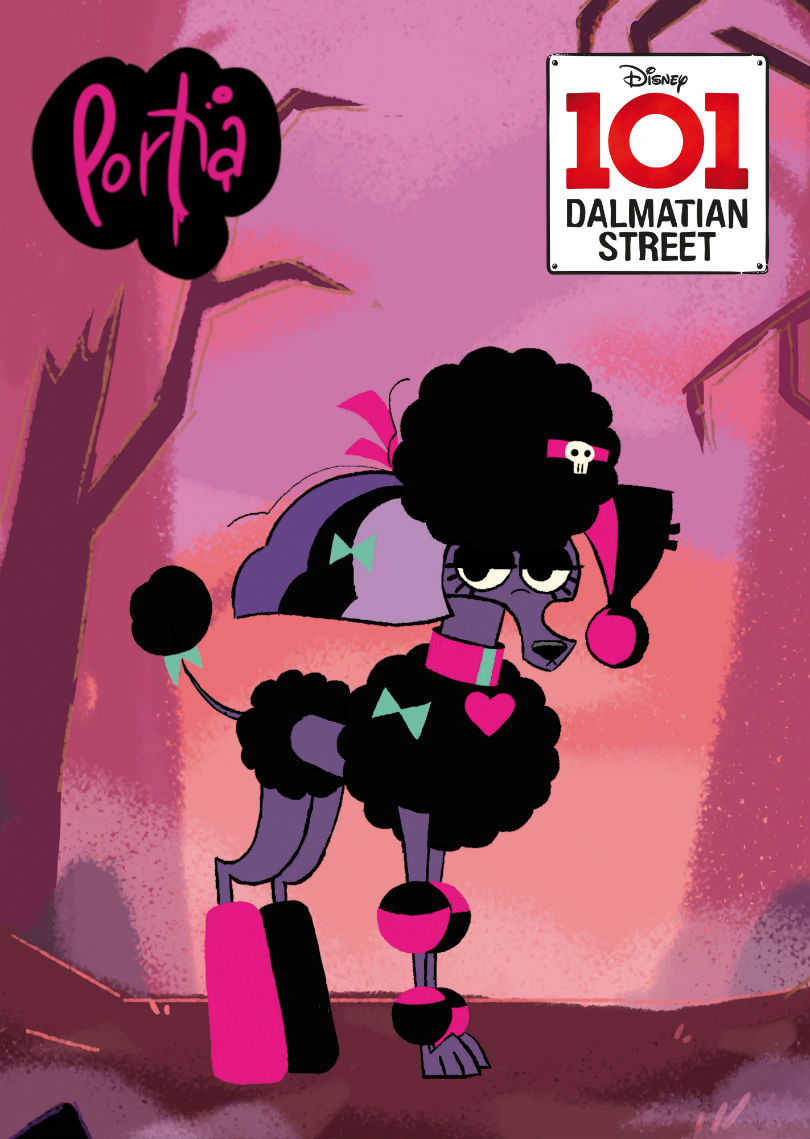 101 Dalmatian Street reimagines the beloved doggy tale in 21st century London, where step-siblings Dylan and Dolly live with their parents Delilah and Doug as well as 97 younger brothers and sisters.

With parents who work long hours, no human owner and a packed house, a lot of the responsibility falls to eldest dogs Dylan and Dolly to keep their blended family going, even though they’re still kids who want to do their own thing.

“When we were looking for the right voice to bring Portia Poodle to life, we immediately thought of Paloma," he said.

“Her character, Portia is the unobtainable object of lead dog, Dylan Dalmatian’s affections - she is super-sophisticated, has a very strong sense of style and even stronger opinions.

“Being a style icon in her own right, a successful singer and a Londoner through and through, we didn’t even think about casting anyone other than Paloma for the role, and we’re delighted with her performance.”

Paloma Faith’s episode of 101 Dalmatian Street airs on Wednesday, April 3 at 5pm on the Disney Channel, with new episodes of the series airing from Monday to Thursday each week.

Get the most out of BT TV Store >

Prime Video showcases a new side to Andy Murray

New Amsterdam season 2: All you need to know

The Marvelous Mrs Maisel season 3: All we know about the Amazon Prime Video series