British actor Nicholas Pinnock, who’s appeared in movies and TV shows including Marcella, Top Boy and Captain America, talks the brand new series of police interrogation series Criminal: UK on Netflix - and why he’d be up for a role in cult police show Line of Duty.

Criminal is a brand new, stripped back crime drama, like nothing you’ve seen before on TV.

Streaming now on Netflix, the cast of the UK edition of the police interrogation series is a who’s who of British crime drama - starring actors from Line of Duty, Bodyguard, Broadchurch, Happy Valley and more.

One such star of Criminal is British actor Nicholas Pinnock (Marcella, Top Boy and Captain America) who plays police detective Paul Ottager, below - an experienced police detective who goes in to squeeze the confession out of suspects when they’re being difficult.

Speaking exclusively to BT TV, Pinnock reveals what it was like appearing in something so stripped back from your usual police procedural, his highlights from filming at Netflix’s production hub in Madrid, and why Line of Duty is the one television show he’d still like to star in…

Got BT TV? You can add Netflix as part of your BT subscription and watch it through your BT TV box.

1. How was it for you as an actor appearing in something so stripped back, with such a close focus on your character?

Well it was just so different to anything I’d come across before, because you normally only have such long dialogue - or such long scenes should I say - in theatre. You hardly find that in television. You sometimes find it in film when some screenwriters are brave enough and some directors are bold enough and some studios really want to do something different, but it’s a very rare thing.

In television, 20-25 minute takes, which is what we were doing, is just unheard of, and so for us, it’s a great way of exploring characters in this way, and in this format, because we only normally get that opportunity in the theatre.

2. The cast of Criminal features actors from British crime dramas including Line of Duty, Bodyguard, Marcella, Broadchurch and Happy Valley - had you crossed paths with any of your co-stars before?

Mark Stanley [Hugo Duffy] and I had worked together on a short and I had known of Katherine Kelly [Natalie Hobbs] and been a big fan of her work. Lee Ingleby [Tony Myerscough] I had met at screenings and things but never actually worked with him, so it was kind of the first time for all of us really.

I missed Hayley Atwell on two projects - we were both in Captain America but we were never in the same scene, and I was meant to do a TV series for ABC with her but I had turned it down and she had taken it. David Tennant (below), I think we had crossed paths, we were meant to come together for something but that never worked out, so the only person I knew was Mark.

We were all just lumped together in this three-week journey of filming an episode in five days, which was a great challenge. We absolutely bonded and we absolutely loved it. 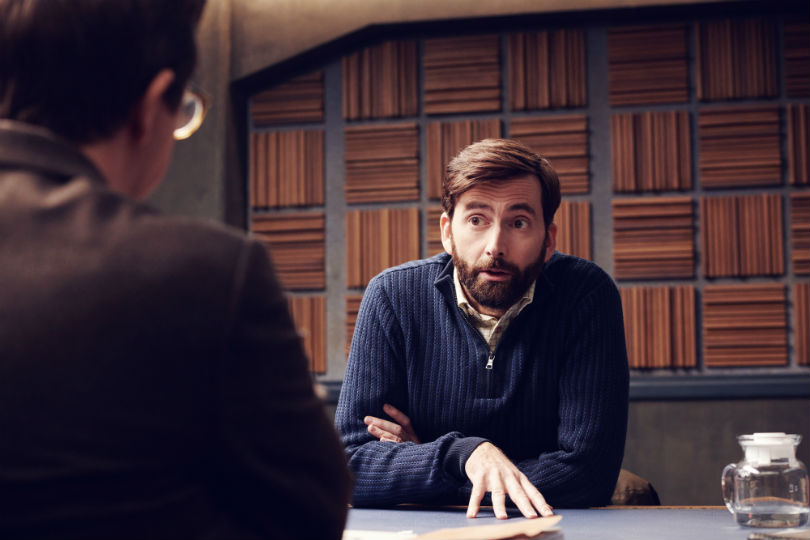 3. Did you have any highlights from filming in Madrid?

It’s unheard of to film an episode in five days - you’re usually given between eight and 12 days, or even 15 days sometimes. The norm is maybe 11 days, so we had to bond, because we were together pretty much all the time.

I’d lived in Madrid some 20-odd years ago, so I absolutely fell in love with the place again. Being in Madrid for me was heaven. I did manage to be helpful when the menu arrived and it came to ordering in Spanish. Save for maybe one or two days, I think we probably hung out the whole time, and we had dinner every night, and breakfast in the mornings, and we bonded really, really well.

4. You've worked on crime dramas before, but did you do any research into police detectives, or lengthy interrogation scenes, for this role?

I went and spoke to a couple of detectives and did a lot of research online, and just looked at some confessions to roughly see what the dynamic is. It was interesting to see how still some of the law enforcement guys were.

I spoke to two [real life detectives] and sat down with one. I didn’t watch any other crime dramas - I deliberately kept away from crime dramas when I knew I’d got the part, and I did a lot of light reading. A lot of other crime dramas will have lots of other storylines, and locations and strands, and you’re brought out of the precinct, and so you are given respite, whereas with this it’s very claustrophobic.

You’re right in there the whole time, in these three rooms, and mainly in two rooms - the corridor was mainly used as a middle or end of an episode, whereas the chunk of it was in those two rooms. I spent as much time as possible on set, as opposed to in the dressing room, just to feel what that was like. 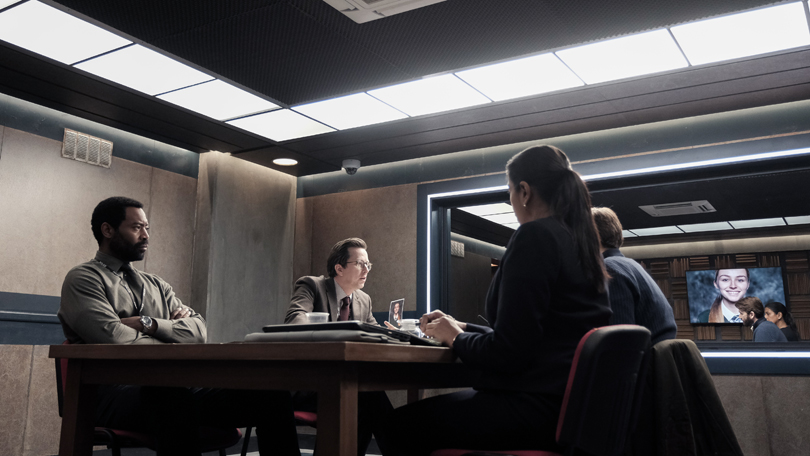 5. Have you had a chance to watch any of the other Criminal episodes, or are there any that you’re excited to watch?

I’m excited to watch all of them, except the ones that I’m in! I’m definitely watching the Spanish ones for sure, and all the other ones actually. I don’t watch myself on screen, so I’ll never see the show. I’ll watch the other ones to give me an idea of what our one was like.

I read all the reviews - I just don't watch myself. I’m interested to see what the audience respond to it. If they love it - brilliant. If they hate it - brilliant. If they’re indifferent to it then we haven’t done our jobs. As long as we’ve managed to move an audience to react, because they might hate it for a whole host of reasons, but we’ve made an impact on their emotions in some way - we've managed to make them react.

If we haven’t managed to make anyone react through your art, then I believe that you haven’t done your job well, so I’m very interested in reading what the public and the critics have to say about it.

... Haha! Thank you for your kind words. That would make @JohnGiddings01 very happy! https://t.co/HRikY8jTsI

6. You mentioned that you stopped watching crime dramas while preparing for the role - do you watch them in general, and do you have any favourites?

I do enjoy them - I love the Line of Duty franchise (below). I don’t watch a lot of television if truth be told, because luckily I'm working a lot. When I’m working, I can’t follow any television that is of any note serious, because I don't [as an actor] do comedy, I don't do light drama, I do heavy dramas, so the only things I can watch are cartoons and superhero shows, to give me a bit of a break from the intense scripts and characters that I play. So I don’t watch a lot of TV. 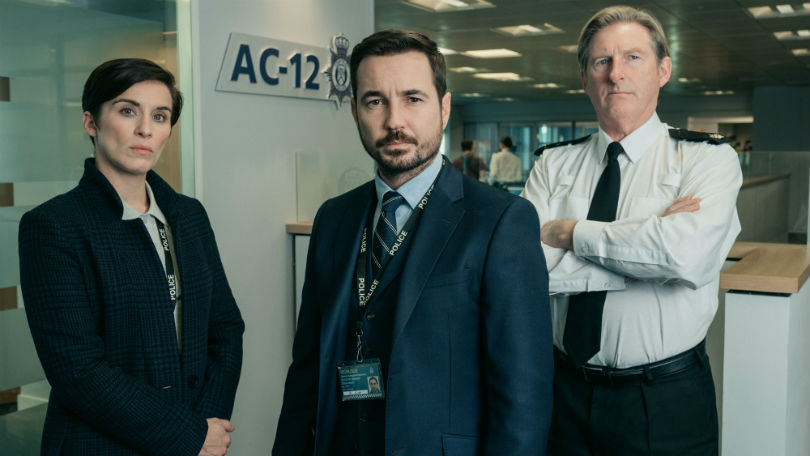 7. So is Line of Duty something you’d be interested in appearing in?

Oh absolutely, yeah! I’ve been watching it since the very first series came out. I think I’ve only missed one season, which is the latest one, so I’ll definitely catch up. If the right part came along and I was available to do it, it’s definitely a franchise I’d consider doing, considering my lack of not wanting to do much television anymore. We’ll see, but I wouldn’t flatly turn it down, let’s put it that’s way! It’s a great show.

Criminal is streaming on Netflix now.