Aaron Paul returns to Albuquerque to add a final chapter to the Breaking Bad story on Netflix.

An epilogue, a fugitive thriller and a bunch of surprises – El Camino: A Breaking Bad Movie balances the tricky tightrope of adding something new to the Breaking Bad story without treading on its legacy.

Very few TV shows deliver a finale as definitive and acclaimed as Breaking Bad’s final episode Felina. The death of Walter White, the race for freedom of Jesse Pinkman, Huell in the safe house.

So the big question about El Camino is why risk spoiling it all with an extra two hour movie on Netflix? 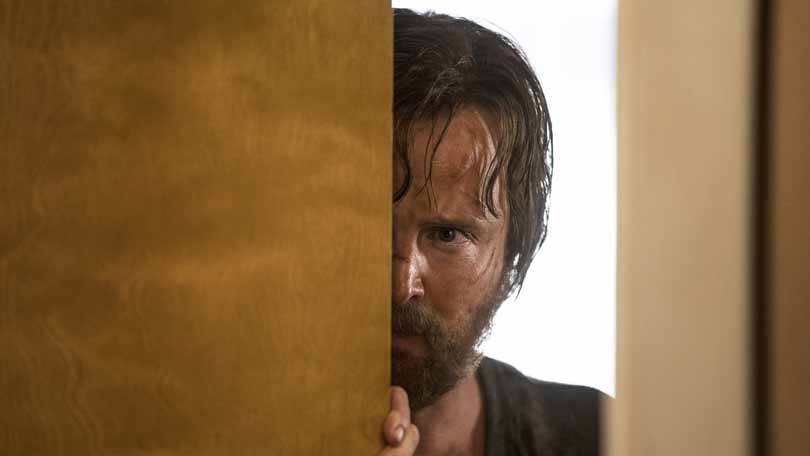 Doubters had similar fears about Better Call Saul, but Vince Gilligan and Bob Odenkirk have turned the darkly comic spinoff into something many fans consider an equal to the original. Able to snap one of Breaking Bad’s most compelling characters out of the Heisenberg story, but keep it within the murky moral themes of the Breaking Bad universe, it’s a framework that Gilligan has followed for El Camino.

It’s an exploration of the torture and torment of Jesse Pinkman, the mentors and loved ones he lost along the way, those who he let down and those who failed him. The only unanswered question in Breaking Bad was what happened next for Jesse. It clearly gnawed away at Vince Gilligan as much as fans, so we finally have the answer. 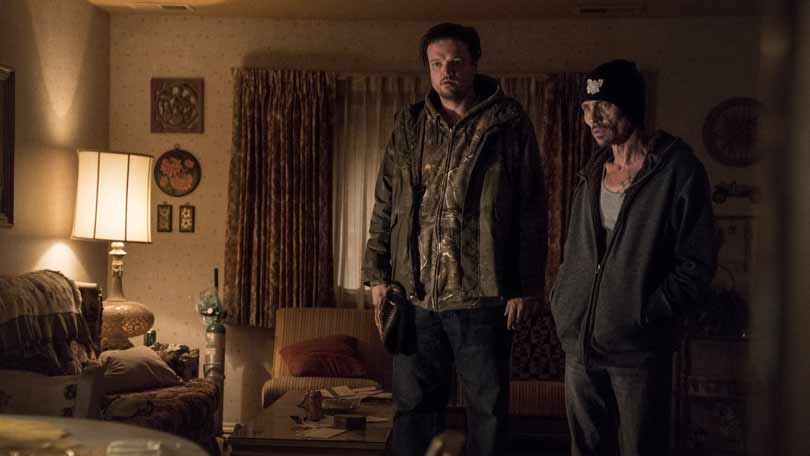 El Camino tells two new stories. It takes us back to Jesse’s time being held as a prisoner, bringing back Jesse Plemons as the show’s cheeriest psychopath for a weekend of soup, dead cleaning ladies and carpet rolling.

And the film also takes us forward as Jesse heads on the run to Alaska – inspired by the words of Mike Ehrmantraut – attempting to recover from the feral mess he’d become in his Nazi jail and start his life over.

Anyone hoping for El Camino to turn Breaking Bad on its head, bring Walter White back to life and leave us on a cliffhanger for five more seasons is going into the film with the wrong idea.

There are explosive moments, a Western-style showdown and Gilligan remains a master of tension, creating escape scenes that will have your fingers gripped tight on your seat. Even in flashback scenes where Jesse and Todd square off over a gun, where we know what the outcome is going to be, you’ll be left battling anxiety over their fate.

But El Camino isn’t a headspinner and game-changer - it's closure. The cynical will sneer that it’s too much of a happy ending, but anyone who finds themselves sneering at Jesse’s new life of chunky-knit sweaters in the Alaskan wilderness has a stone-cold heart. 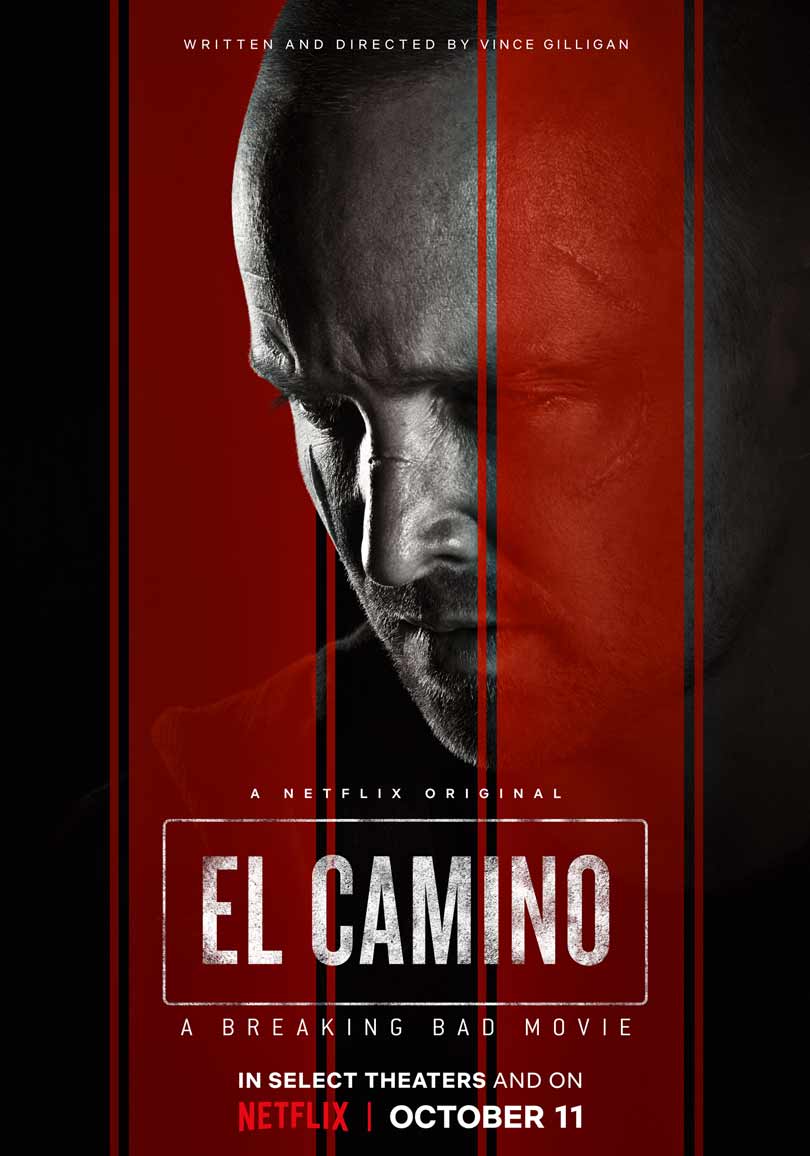 The big moment is there – a new scene with Walter and Jesse that will make every cinema screening pop with delight. Like a lost mini-episode, the short scene between Cranston and Paul is electric and goosebump-inducing. Pulling together all the humour (pineapple?) and heart that made the series so magical, it takes us back to the teacher/student, father/son relationship between Walter and Jesse that made them inseparable until the bitter end – no matter how far Walter slipped into the abyss.

A letter for Brock, the dreams of Mike, Skinny Pete’s ‘hero’ moment and a memory of a road tripping with Jane - El Camino dishes out the healthy servings of fan service.

El Camino concludes with Jesse driving off into the distance, but instead of hollering in pain and wild fury, he’s tranquil and at peace. The film starts with Mike telling Jesse that you can’t ever “put things right” – a cynical take on the world. El Camino suggests a more optimistic worldview, which doesn’t erase the pain of Jesse’s past, but offers a glimpse of a potential new horizon. 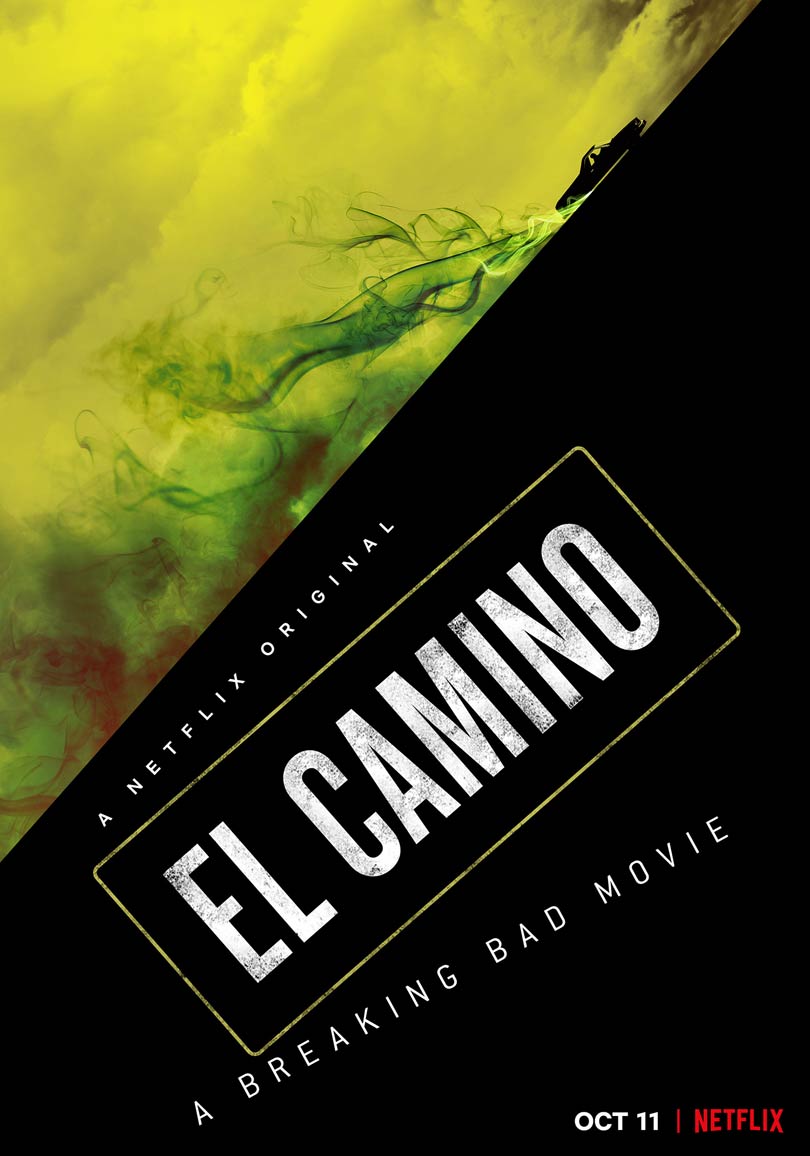