Chilling Adventures of Sabrina: Reasons to watch Part 2 of the Netflix supernatural teen drama from the makers of Riverdale

We reveal everything you need to know about the Chilling Adventures of Sabrina Part 2 on Netflix. Plus, is that Riverdale crossover really happening?

If you’re expecting Netflix’s Sabrina reincarnation to be similar to Sabrina the Teenage Witch, think again.

Chilling Adventures of Sabrina is described as a darker, more macabre version of the supernatural teen tale, in the vein of Rosemary’s Baby and Carrie.

Part 2 of Chilling Adventures of Sabrina - from the makers of Riverdale - is released on Friday, April 5.

Here’s why it should be your next box set binge.

And don’t forget, if you’re a Netflix customer, you can watch it straight from your TV box. Plus, you can add your Netflix bill to your BT TV bill, so it’s all in one place. Find out more here.

When does Chilling Adventures of Sabrina start?

Chilling Adventures of Sabrina Part 1, consisting of 10 one-hour episodes, plus a one-off special titled A Midwinter’s Tale, is available to stream on Netflix now.

Netflix has confirmed at least four seasons of the dark drama, with Parts 3 and 4 filming in 2019, according to RadioTimes.com.

On her 16th birthday, Sabrina Spellman (Kiernan Shipka) has to make a choice between the witch world of her family and the human world of her friends.

With her aunties (Miranda Otto, Lucy Davis), her cat Salem, and her boyfriend Harvey Kinkle (Ross Lynch), Sabrina will face horrors and new adventures in the mysterious town of Greendale.

After signing her name in the Book of the Beast, Sabrina struggles to find the balance between her place in the mortal world and her new darker side.

She may have signed her name to the Dark Lord, but that doesn't mean she isn't willing to raise a little hell. 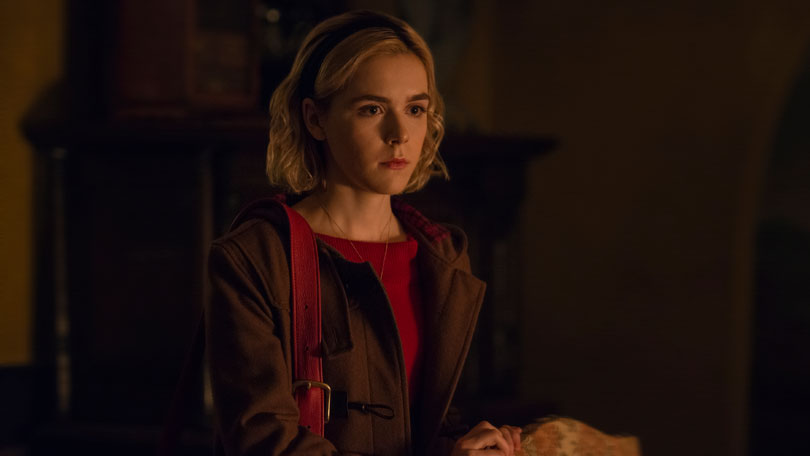 The show’s executive producer Roberto Aguirre-Sacasa revealed that the US actress - best known for her role as Sally Draper in AMC’s Mad Men - was his first choice for the lead role.

He told Entertainment Weekly: “Sabrina has to stand up to the devil and these very formidable opponents, and someone like Kiernan has the gravitas and assuredness to do that.”

Sinclair - best known for starring in Paper Towns and The Vampire Diaries - plays the brash, empowered and outspoken daughter of Greendale's minister and Sabrina's best friend at Baxter High. 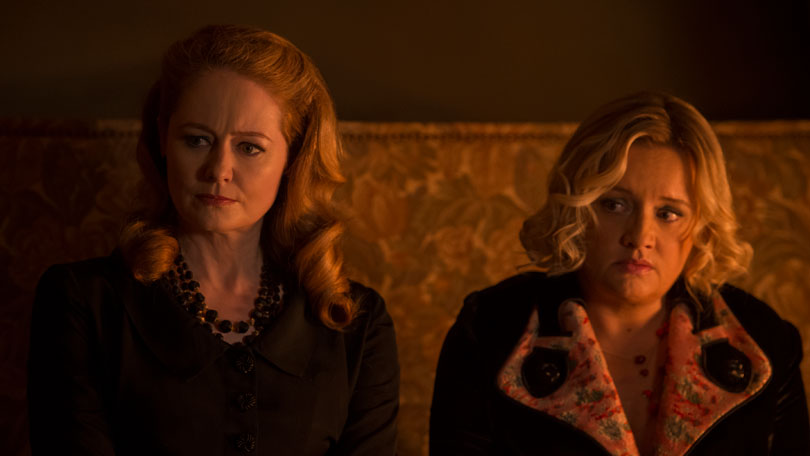 Lord of the Rings alum Otto plays Sabrina’s stern aunt Zelda (above left), while Davis - perhaps best known to UK fans for her role as Dawn in The Office - plays the more warm and nurturing aunt Hilda (above right).

Lynch is a teen favourite, having starred in Austin & Ally and Teen Beach Movie on the Disney Channel.

He plays Sabrina’s love interest - described as the Prince Charming of this dark fairy tale.

Gomez is a Scottish actress who made her name in UK shows including Green Wing (playing Sue) and Doctor Who (playing villain Missy).

She plays Mary Wardell, a teacher at Baxter High whose persona gets taken over by Madam Satan, and she becomes the Devil’s Handmaiden. 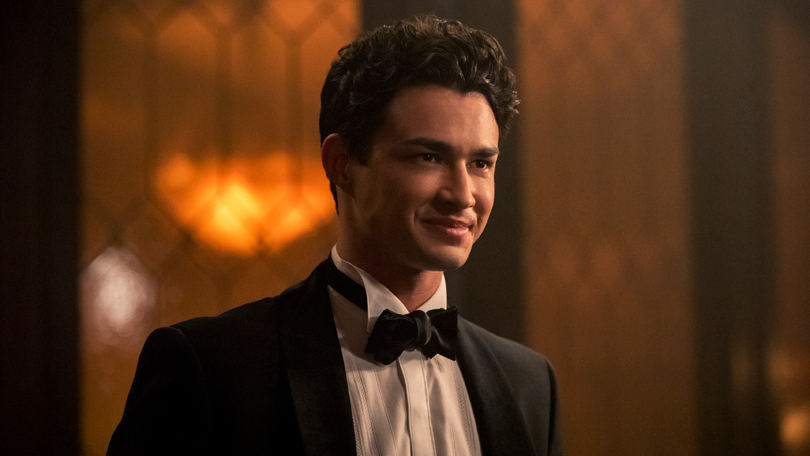 The young actor from Oregon plays Sabrina’s love interest in the show.

According to PopBuzz.com, Nick is a warlock who befriends Sabrina during her time at the Academy of Unseen Arts, complicating Sabrina's relationship with her boyfriend Harvey Kinkle.

According to IMDB, Parts 1 and 2 of Chilling Adventures of Sabrina were shot back-to-back in Vancouver and Cloverdale in British Columbia, Canada, from March-December 2018.

You'll love Chilling Adventures of Sabrina if you liked…

Three reasons why everyone’s talking about Chilling Adventures of Sabrina…

1. It’s from the team behind Riverdale

Chilling Adventures of Sabrina was originally planned to be a companion series to Riverdale on The CW network, but they’re now separate shows after Sabrina was moved to Netflix.

However, the team behind Riverdale also created Chilling Adventures of Sabrina, notably Roberto Aguirre-Sacasa who developed both shows.

There is a possibility of a crossover (more on that below) as both shows are from the world of Archie Comics, and Sabrina’s hometown of Greendale has already been mentioned in Riverdale.

2. It’s a darker take on the teen tale

The US sitcom Sabrina, The Teenage Witch, was a humorous take on the comic book series - and Netflix’s version couldn’t be further from it.

Described as a dark coming-of-age story in the vein of Rosemary’s Baby and The Exorcist, it traffics in horror and dark witchcraft.

I want to April 5, because part 2 will be released Chilling Adventure of Sabrina #CAOS

Is a Riverdale/Sabrina crossover really happening? [Spoilers ahead]

Chilling Adventures of Sabrina and Riverdale, above, are made by the same team, and they’re also both based on characters from Archie Comics.

Fans have been craving any hint of a crossover, but it’s unlikely we’ll see a major mash-up - even though the show’s creator Roberto Aquirre-Sacasa told Collider that it’s more likely that the Riverdale kids would go over to Greendale.

Saying that, there were a number of hidden Riverdale ‘blink and you’ll miss it’ Easter eggs in Chilling Adventures of Sabrina Part 1.

2. In episode 2, the Weird Sisters are asked why they don’t go to Baxter High, and if they go to Riverdale High. According to TeenVogue.com, Prudence replies, "You wouldn’t know it. It’s a special school," referring to the Academy of Unseen Arts.

3. In episode 3, you can see a poster at Baxter High advertising an upcoming bowling tournament between the Greendale Ravens and Riverdale Bulldogs

4. Ben Button, whose character died in season 3 of Riverdale after playing a dangerous game of Griffins & Gargoyles, appears in episode 7 of Sabrina. Ms Wardwell (aka Madam Satan) orders a pizza, and Ben Button is the pizza delivery boy, writes Cosmopolitan.

5. In episode 10, Harvey tells Sabrina that he and his father called the funeral home in Riverdale to make arrangements for his older brother Tommy's funeral.

6. Ms. Wardwell mentions that there is a magical energy in the forest near Sweetwater River, which acts as a natural boundary between Riverdale and Greendale.

7. One Reddit user reckons the deer killed by the Kinkles in episode 7 of Sabrina, is the same dead deer in the trunk of a man who offered to give Archie and Jughead a lift in his van in season 2 episode 7 of Riverdale.

Here’s hoping for even more hidden Riverdale Easter eggs in Part 2 of CAOS...

There sure is! You can watch the official trailer for Chilling Adventures of Sabrina Part 2 below:

You can add Netflix to your BT package so you’re paying for everything through one simple bill.

Chilling Adventures of Sabrina Part 2 is available to stream on Netflix from Friday, April 5.