Dead to Me season 2: Is it happening? When will it be released? Everything you need to know

The dark comedy would be a welcome return to Netflix.

There are so many brilliant new shows on Netflix at the moment that it’s tough to keep up, but chances are you’ve at least heard of hit series Dead to Me.

As the dark comedy has picked up a huge following already, it seems natural that it would come back for a second series – here’s all we know so far.

Is there a second series of Dead to Me?

Netflix has confirmed that the dark comedy Dead To Me has been renewed for a second season.

Starring Christina Applegate as a mourning widow and Linda Cardellini as a friend trying to comfort her, the show has been topping Netflix's most-watched shows since it was released in May.

Creator and executive producer Liz Feldman (2 Broke Girls, One Big Happy) will return for season 2, as will stars Christina Applegate and Linda Cardellini as Jen (Appelgate) and Judy (Cardellini).

The show marked Anchorman star Applegate's first work on TV in seven years and she told the Hollywood Reporter Feldman had to talk her out of "semi-retirement".

The mother-of-one said: "It literally took them like dragging me out of my semi-retirement, because I was very happy with my kind of not showering life and doing what I want, and just raising my daughter. 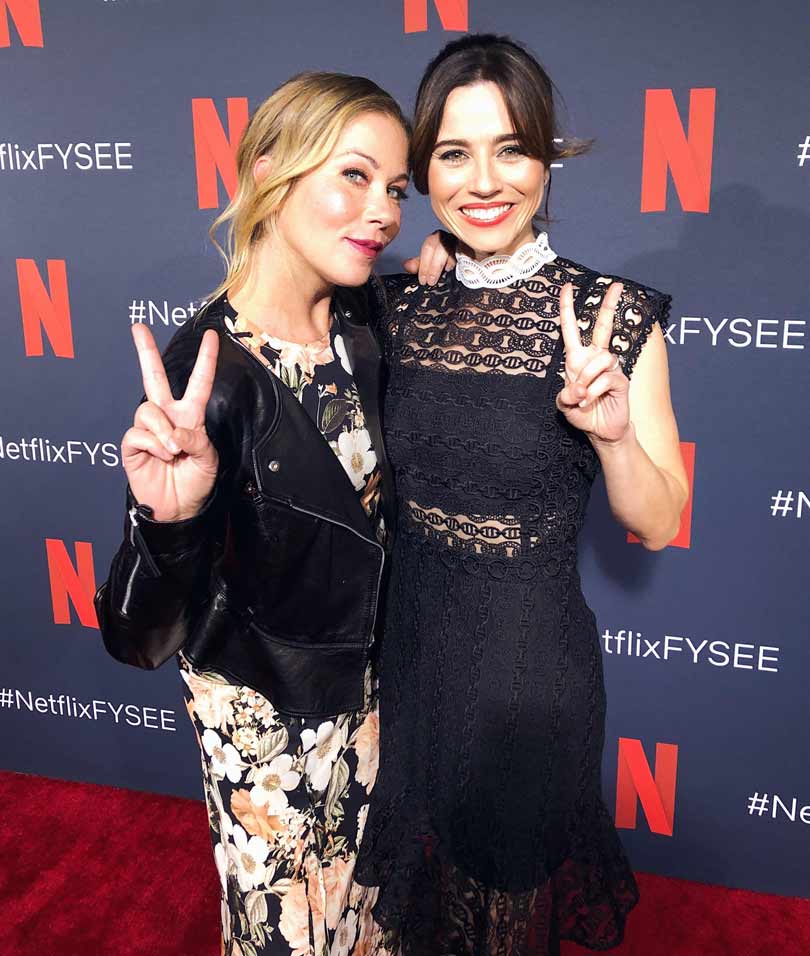 (Christina Applegate and Linda Cardellini celebrate getting a second season)

"So, what was it? It was a lot of things. It was really a unique premise and show, and I had known Liz Feldman and really loved her as a human being."

The first series premiered on May 3, 2019 so if there is going to be a follow up, we would expect it to stream in 2020, probably late spring or early summer.

Recently bereaved Jen is determined to solve her husband’s hit-and-run murder, but her quest takes an unexpected turn when she joins the Friends of Heaven support group.

There, she meets Judy, who is suffering her own grief over losing a partner, but is also hiding a pretty huge secret. 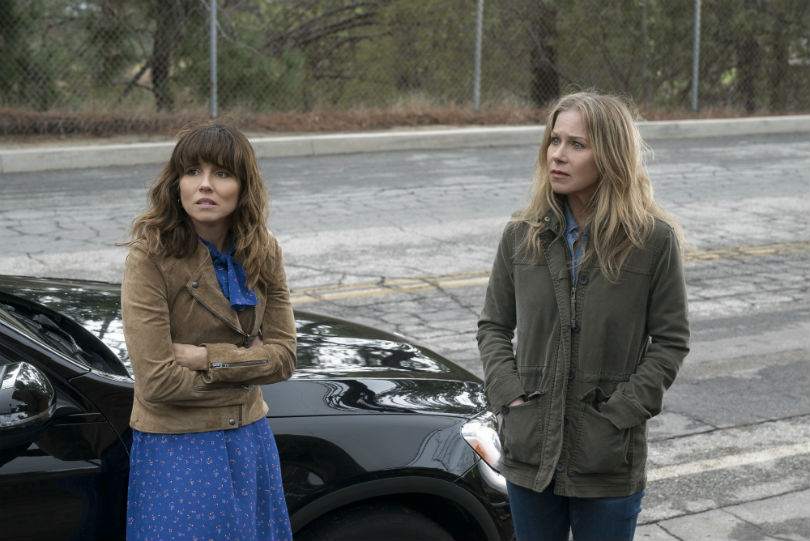 Jen is cynical and Judy is a free spirit, but despite their polar opposite personalities they strike up an unlikely friendship.

However, Judy is trying to shield Jen from the shocking secret that could destroy her life.

Series one ended on a cliffhanger – which we won’t ruin with spoilers – so let’s just say it would be odd if the show didn’t come back for series two.

[Read more: All you need to know about The Society]

Who would make a return to the cast?

It seems clear that for another series to work, it would have to bring back both of its leads.

Jen is played by Christina Applegate, known for her roles in Samantha Who?, Anchorman, and Bad Moms.

She stars alongside Linda Cardellini as Judy, who has previously appeared in Bloodline and Mad Men.