Flinch on Netflix: Who are the presenters? Where is it filmed? Everything you need to know about the new gameshow

Seann Walsh, Lloyd Griffiths and Deseree Burch put contestants and themselves into bonkers challenges for a new Netflix gameshow unlike anything you've seen before.

Flinch is a new TV gameshow on Netflix, which has one simple rule: do not flinch.

Filmed on a remote farm, the series puts the contestants and presenters nerves to the test as they face flamethrowers, stinking fish and wild emus, all intended to break their cool and force them to flinch.

[Read more: Is Flinch the craziest TV gameshow ever?]

If they stay calm, they get a victory. If they fail, they face an even more terrible punishment and the hosts will also suffer the same consequences as a result.

Here is everything you need to know about the bonkers new series...

What are the rules of Flinch and how does the show work? 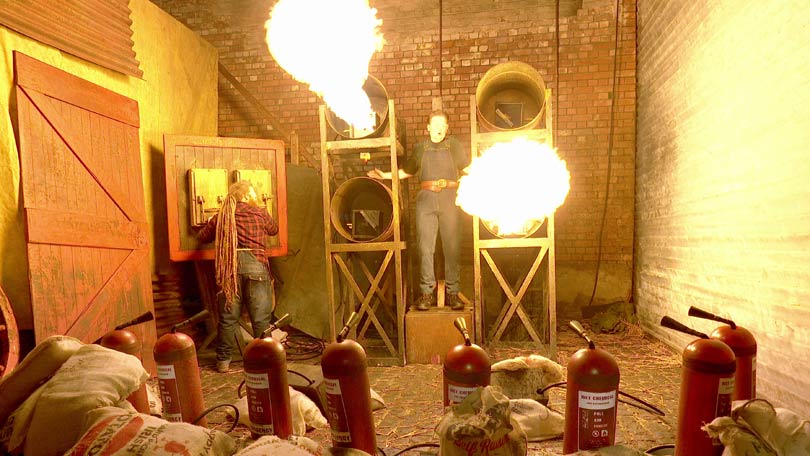 "I usually say it’s a series of very inventive challenges that are designed to make you flinch," said Deseree.

"It's a very human thing that people are trying to deny. It is fun with failure, and there are situations that everyone can empathise with.

"You don’t say 'oh what an idiot'; you say 'Oh, I could never do that'. All of us have a different response to all the challenges that were created."

Lloyd said: "It's Jackass meets Wipeout mixed in with Come Dine With Me. There is a narration element to the show and a winner slash loser. In Come Dine With Me, there is also always one person who makes a pig's ear of it, and on Flinch, we are sniffing pig's ears on trains!" 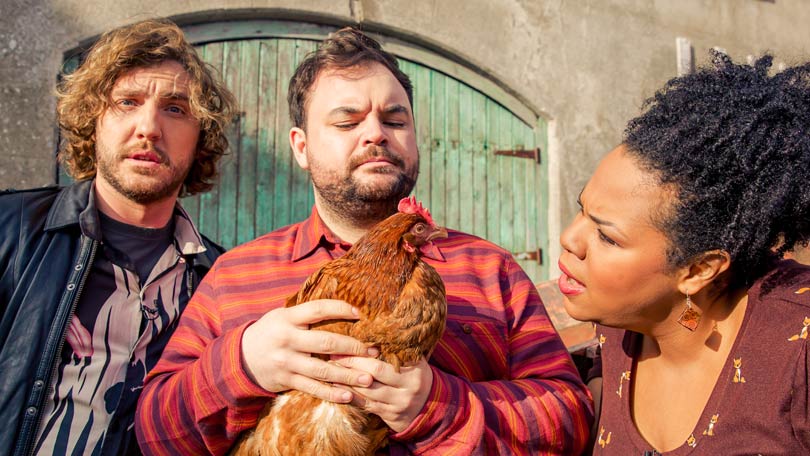 The presenters don’t just dish out the challenges, they also have to take on the tasks themselves, whenever one of the contestants that they’re partnered with loses.

Seann Walsh has been performing stand-up for over a decade and in 2018 took part in Strictly Come Dancing. His TV credits include the sitcoms Big Bad World and Jack Dee’s ITV series Bad Move.

He’ll be performing at the Edinburgh Festival this summer with the After This One I’m Going Home show – a reference to the tabloid stories about his relationship with Strictly Come Dancing’s Katya Jones.

Lloyd Griffiths is a former choirboy, who you may recognise from BBC Three’s Taxi to Training or as a presenter on Soccer AM. He’s also appeared on Drunk History, Sweat the Small Stuff and hosts on YouTube Channel The Football Republic. He also has a new BBC Three series coming in the summer.

"There are different ways of being in the service industry. Some people want laughter, some want torment. I am better at delivering laughter." 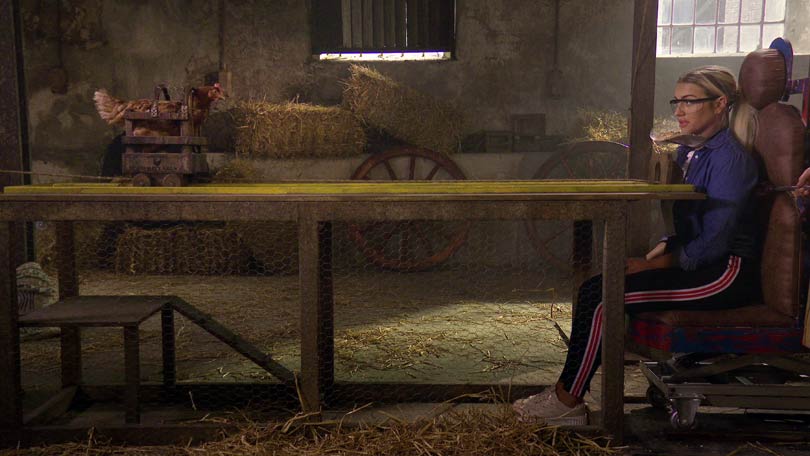 The show was created by Stellify Media (Who Wants To Be A Millionaire, Blind Date) and the whole series is shot on a disused farm in Northern Ireland.

Revealing why they picked the location, games producer Paddy McKenna told Broadcast: “Flinch’s taster was shot on a farm and Netflix loved it. But why a farm?

"Well, because there’s an unhinged farmer in the Northern Irish countryside building fiendish games to test the nerves of visitors, so the games had to look like they had been cobbled together from found objects: tools and animals were in and anything TV gameshow was out."

Talking about life on set, Lloyd Griffiths told BT TV: “Everyday there was a different set of animals on set. The famer, Kenny, he provides animals for Game of Thrones and he has every kind of animal. Horses, chickens, emus, whatever you want, he’s got it.

"And then one day, we had this bull on set and no lie, it was ginormous. It could so easily have killed me. It had a little harness, but it was just a bit of rope, the sort of flimsy thing you get to hold a helium balloon. I spent the whole day in fear.

How to watch Flinch?

All 10 episodes of Flinch are released on Netflix on Friday, May 3rd.