Jingle Jangle: Who stars in the Netflix Christmas film? What is it about? All you need to know

Seasonal fun is coming to Netflix with an original Christmas tale. Find out more about the story and discover this American tale's unlikely filming location.

The summer holidays may be in full swing but jingle bells are already ringing at Netflix, where another Christmas film is in production ahead of the holiday season.

The star-studded Jingle Jangle is set to be a highlight on the streaming service – here’s all you need to know about it.

When is Jingle Jangle on Netflix?

As yet, no exact streaming date has been announced for the film, but we’re expecting to see it on Netflix next year.

[Read more: All you need to know about Netflix festive film Klaus]

Netflix is building up a solid offering of Christmas features, and the film Jingle Jangle looks set to be one of its seasonal highlights next year.

The story follows an eccentric toymaker and his adventurous granddaughter on a huge adventure.

A magical new invention has the power to change their lives forever, but there are sure to be plenty of twists along the way before they get their Christmas miracle. 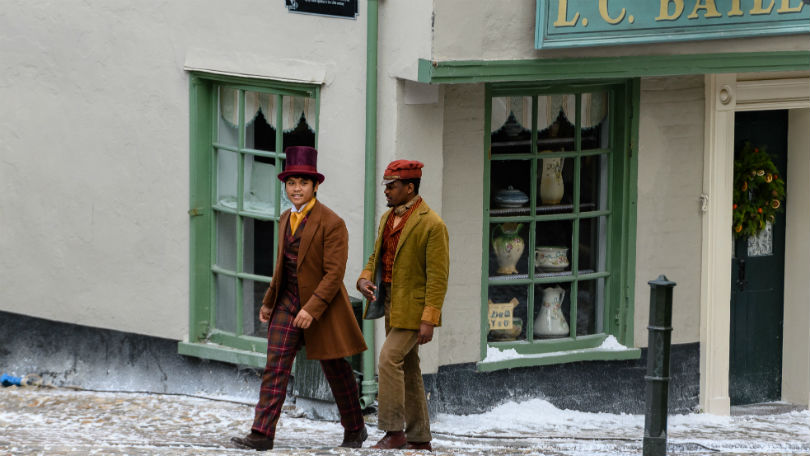 [Read more: All you need to know about the Gavin & Stacey Christmas special]

Where was it filmed?

Although Jingle Jangle is an American film, some scenes have been shot much closer to home - the movie is currently in production and cast and crew have been spotted in the historic streets of Norwich.

And while the filmmakers visited Norwich at the height of summer, the city's Elm Hill area was given a festive look, with fake snow covering the roads and buildings.

Elm Hill was originally built in medieval times, but much of it was destroyed by a fire in 1507 so many of the buildings now date from the Tudor period.