The Crown behind-the-scenes: 10 things you never knew about the royal Netflix series

What do they feed the corgis? How will they match Olivia Colman’s eyes to Claire Foy’s? And what cheeky scenes were cut from season one and season two.

It’s time to start working on your bow, curtsy and practicing the second verse of God Save The Queen again. The Crown is back on Netflix for a third season of royal secrets, scandals and salaciousness.

And some new arrivals in Josh O’Connor playing an emerging Prince Charles, Jason Watkins as Harold Wilson, the latest Prime Minister to have an audience with Her Royal Highness, and a scene-stealing Erin Doherty as a teenage Princess Anne.

[Like that, Love This - What to watch if you're a fan of The Crown]

The lavish production and jaw-dropping costumes are all back on point as the series takes us from 1964 to 1977 – the Silver Jubilee.

To whet your appetite for a right royal binge watch this weekend – all 10 new episodes are released on Sunday, November 17th – here are 10 surprising behind-the-scenes secrets about the series.

1. The show has never been allowed to film inside Buckingham Palace

The Crown was rumoured to have cost over a hundred million dollars to make – and that was just for the first two seasons. But no amount of cash can get you inside the walls of Buckingham Palace.

So how did production designer Martin Childs build the incredible Palace sets?

He revealed to US website Vulture that he largely researched the Palace by going on numerous visits as a tourist. He was also able to build up a full vision of the household using archives that contain details of even the rooms that out of bounds on royal tours.

It was his extensive research which helped him develop the heavily used set featuring Philip and Elizabeth's bedrooms, separated by dressing rooms.

"Suddenly you have an architectural metaphor for a marriage. You can now compose and choreograph intimacy, distance, absence, isolation, and coming together."

The show has been able to use shots outside of Buckingham Palace – but there’s still no word on whether Queen Liz has approved of their work.

Director Benjamin Caron, who has been in charge of nine episodes across the first three seasons, joked: "I always imagine Queen Elizabeth looking out of the curtain and seeing us marauding up and down with that crew." 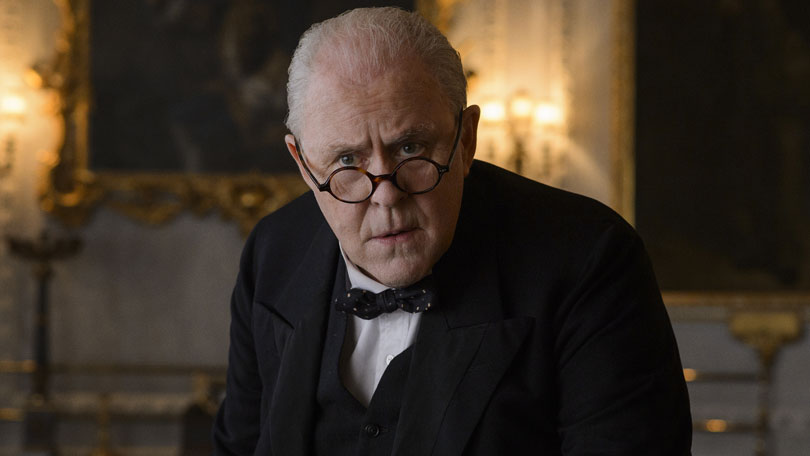 Lithgow will make a very brief cameo in the third season of The Crown before his character's funeral provides a centrepiece moment for the new-look cast.

The American's stunning performance as Britain’s most famous Britain Prime Minister was aided by some curious techniques including stuffing cotton up his nose to match the tone of Churchill's voice.

"It was rather repulsive watching me pluck cotton out of my nose after every scene, but they just had to put up with it," he told USA Today.

The actor also used chunks of apples in his mouth during initial read-throughs, but he eventually had to swap those for “plumpers” because his mouth was filling with apple juice as he spoke.

Another problem for Lithgow was that at 6’4” he towered over the real Churchill, who was only 5’6”. To resolve the problem The Crown production team had to make everything else on the set much bigger.

Lithgow stooped around the set, which had scenery such as the fake door for 10 Downing Street scaled up to disguise the actor]s height.

"He was a little bulldog, and I’m a big lummox," Lithgow told The Guardian. 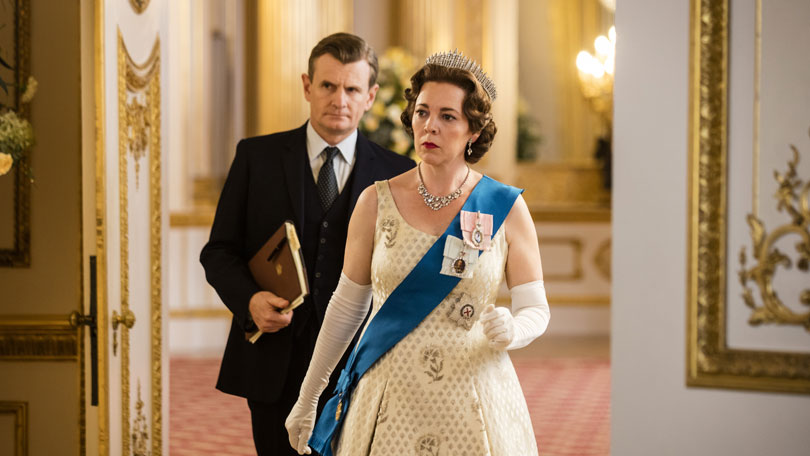 Pearl clutching and gleaming tiaras have been part of some of The Crown’s most memorable scenes, but rarely has any genuine jewellery from the period been used by the show.

For a series that is so particular about details, why have they avoided using the real deal on film?

According to costume designer Jane Petrie, it’s because the genuine article dazzles a little too bright on the camera lights.

"I’ve seen real diamonds on film before and they’re so sparkly, you almost want to tone it down because they start to look fake," Petrie told Buzzfeed.

"And it feels like these ones kind of [look] just right for what the camera does. It’s only when you’re standing in a museum, you think, 'Oh yeah, they’re not real.’ But on camera you can get so much sparkle that it just looks fake. We’re always about cheating."

4. Royal nudity given the heave-ho 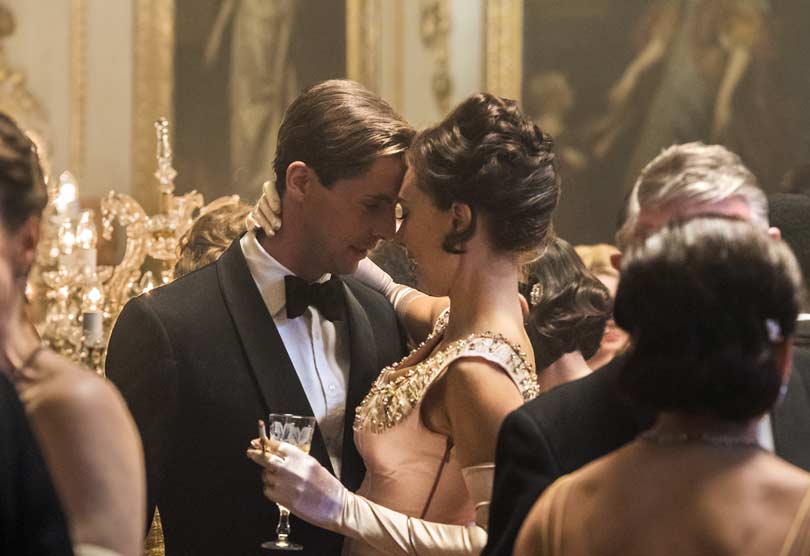 The Crown has taken us into the bedrooms of the royals, but has so far avoided taking things X-rated.

However, Vanessa Kirby revealed on the Love Stories podcast series that the steamiest scenes in The Crown’s first two seasons were cut from the final edits.

"There was a sex scene between Elizabeth and Philip in the first season," said Kirby.

"I think they were in South Africa filming, and they were like, ‘I just don’t think anyone wants to see the Queen having sex'."

Kirby added: "There was one (sex scene) written in The Crown, in episode seven of (season two). We had long discussions about what it should be, and it just became clear that to titillate was not the aim.

"With Margaret, I was like, 'no one wants to see royal boob, not really'."

5. Jackie Kennedy's costume was made during a lunch break 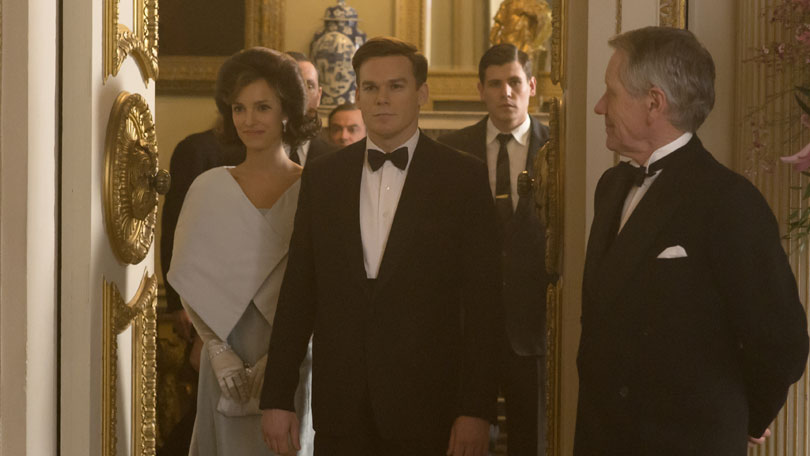 One of the show's most memorable episodes came in season 2 when JFK and Jackie Kennedy visited Buckingham Palace.

However, it was only mid-filming that the costume team realised Jackie Kennedy’s costume was missing an extra layer, because they hadn’t accounted for shots when she was arriving at the Palace.

"I just missed it. I don’t think there’s even any excuse," said costumer designer Petrie.

"And it was Sunday so there was no cutter working, and it was just us. I had to get a driver to drive me up to the studio and cut that... I made it in my lunch break, went back to set, dropped it on her, and then it’s been the bloody [piece] that's ended up in exhibitions. I keep saying, 'You can’t use that cape, it's terrible'."

6. Season 3 is going to look bigger and more luxurious 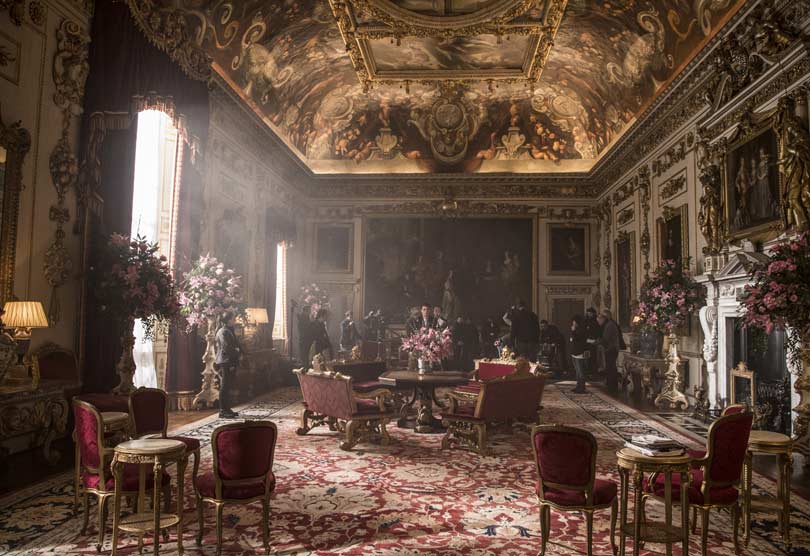 It's not just the cast getting a refresh in season three, it’s the set as well.

There will be a new Number 10 Downing Street and Buckingham Palace in the latest episodes. The new developments were created after the show’s future for at least two more seasons was confirmed – and it is almost certain to run beyond that. Helen Mirren is the hot favourite to take over as Elizabeth in the later years.

Who do we really want to see more of in seasons three and four? Forget the Charles, Diana and Camilla love triangle and the arrival of Margaret Thatcher – we want more corgis.

Claire Foy fell in love with her furry co-stars, despite not being "a dog person". She also made a surprising revelation about how they keep the four-legged cast members happy on set.

"They love cheese, like cheddar cheese," she told Vanity Fair.

"These corgis are cheesed up to the max - they’re eating like a whole block of cheddar every day. It's scary."

A bonus for the creative team working on the show as it gets closer to the present day is that there are more people still alive connected to the key events in the series.

In season three, episode 6, titled Tywysog Cymru, Prince Charles heads to Wales and is taught the language by Edward Millward, an academic and Plaid Cymru politician.

The show were able to consult Millward’s old teaching notes and the actor who plays the role, Mark Lewis Jones even wears one of his old ties.

9. The problem with Olivia Colman's eyes 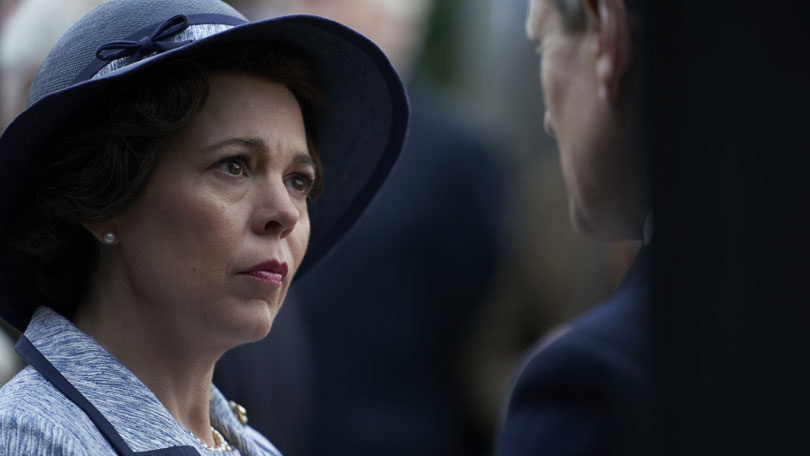 In an interview with The Guardian, The Crown creator Peter Morgan said that Olivia Colman was the only choice to take over from Claire Foy.

However, there was one minor problem they needed to overcome – her brown eyes don’t match the blue of Foy.

Initially they tried contact lenses, but according to director Ben Caron this made Colman look like she "acting behind a mask".

They then turned to CGI, but this also had the effect of undermining Colman’s skills on camera.

So in the end, you will see an older Queen in season three with Colman’s own dark brown eyes.

The Crown's casting director Nina Gold said: "The thing everybody loves about Claire was that she transmits her humanity in a very simple, plain, not-doing-anything kind of a way: you just get it. We felt that was exactly the same thing Olivia does. It’s not about looks – it’s about a quality."

10. You don't cut corners on the Queen’s wedding dress 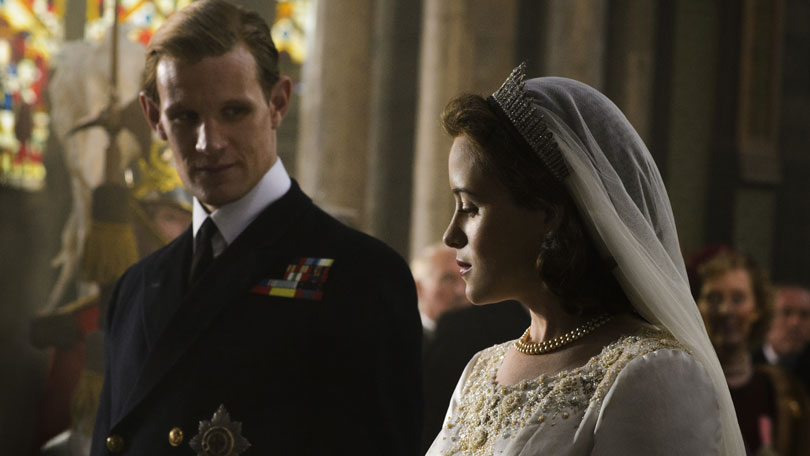 The dazzling costumes are one of the most eye-catching parts of The Crown and perhaps none more so than Queen Elizabeth’s wedding dress back in season one.

Season 1 costume designer Michele Clapton admitted that the wedding gown, bridesmaids dresses and train were the most important costume to get absolutely spot on.

It took a team of six costume designers six weeks – all on 10-hour shifts – just to embroid the unforgettable train.

The Crown premieres on Netflix on Sunday, November 17.

Get Netflix and BT TV >