The Crown season 3: The 'perfect' cast, the sensitive storylines and stunning costumes - our top reasons to binge-watch the new series

There’s more to the new season of The Crown than a new Queen Elizabeth II and Prince Philip. Find out our top reasons to binge-watch the brand new season on Netflix now.

We’ve waited two long years for it, but The Crown season 3 is finally here.

The third season of the big-budget royal drama launched on Netflix over the weekend, to largely positive reviews from critics - despite the concerns about how the show would pass the baton to a whole new cast, including Olivia Colman and Tobias Menizes.

Not sure whether to dip your toes in? From the attention to detail in the costumes to the sensitivity surrounding certain storylines, we’ve pinned down our top three reasons to get excited about the new season of The Crown.

What are you waiting for? Brew yourself a cuppa of your finest English breakfast tea and get reading - and watching - now.

Got BT TV? You can add Netflix as part of your BT subscription and watch The Crown through your TV box.

1. The new cast is getting rave reviews from critics and fans alike

Every two seasons, The Crown gets a new set of lead cast members - that’s because the series covers such a vast timeline (season 1 started in the late 1940s - season four, which is currently being filmed, is set in the late 1970s and early 1980s, and there are two more seasons after that to bring us towards the present day.

There were concerns from some fans about the cast being replaced for season 3 - after all, Claire Foy, below, Matt Smith, and the rest of the actors in the first two seasons were universally praised for their performances, and won a host of awards. 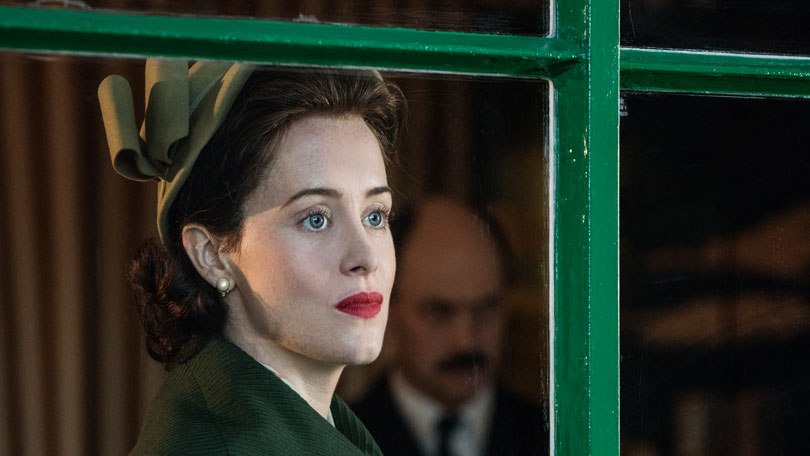 But The Crown fans soon got very excited about Olivia Colman’s casting in the lead role of Elizabeth II, along with Helena Bonham Carter as her younger sister, Princess Margaret.

Ed Power from The Irish Times praises Colman's performance in season 3: “She locates early on the stolid dutifulness that is one of the defining qualities of the real Elizabeth.”

And The Guardian’s TV critic says of Bonham Carter's turn as Margaret: “[She] is the ideal Princess Margaret, ever more consumed by inner misery and embracing of outward excess as her marriage to Lord Snowdon crumbles.”

But as TV journalist Emma Bullimore points out, the “excellent” male cast were largely forgotten ahead of the series, and none more so than Tobias Menzies (Prince Philip).

He's since been labelled “the stand-out performance of the new series” and “perfect” by The Guardian journalist.

ITV's Arts Editor Nina Nannar calls Menzies' portrayal of Prince Philip as "brilliant" and the "best thing in this series", while Naomi Gordon from Harpers Bazaar says that “[Menzies] inhabits the spirit of the controversial royal so elegantly and convincingly, that if you closed your eyes you'd think you were listening to the real thing.” Indeed in an interview with Vulture, Menzies said that he enjoyed learning to take on the physical and technical aspects of playing Prince Philip, and in a separate interview, Menzies confessed that he listened to endless reels of footage of the royal to capture the distinctive voice of the Duke of Edinburgh: "I listened to him until I went mad.”

The fans are loving Menzies’ portrayal too, calling him “superb”, “perfect” and very much worthy of all the awards - just like his predecessors.

Oh my Tobias Menzies is a SUPERB Prince Philip #thecrown

I’ve only watched 15 minutes of #thecrownseason3, and I already know that Tobias Menzies is perfect as Prince Philip. #TheCrown pic.twitter.com/9e7zQ5uGDP

I’ll say this now . If both Olivia Colman and Tobias Menzies are not at the very least nominated for awards for their performances in #TheCrown - it would be downright offensive as a neglecting of their absolute talent in these roles. They are worthy.

As Olivia Ovenden from Esquire perfectly encapsulates: “[Menzies] playing Prince Philip is perhaps the culmination of note-perfect turns as naval captains and evil knights: a man with a sense of duty, but one who struggles to submit to it fully. Not quite a villain, but a complicated hero.”

2. It tackles serious storylines with sensitivity: 'It's a masterpiece'

Despite being based in the royals' real-life history, The Crown has as many love triangles, affairs, sibling rivalries and controversies as an episode of your favourite soap opera. They do say the truth is stranger than fiction.

And while it leans into its melodrama at times, the show is sensitive and respectful of history when required.

For example at the start of series 3, we witness the death of Sir Winston Churchill (played by John Lithgow), with the Queen by his side. While there’s no evidence that the Queen was there in Churchill’s final moments, this scene of Churchill on his deathbed is particularly touching given the pair’s close relationship. During Churchill’s funeral scene, which was the largest state funeral in history at the time, there was a cast of 300, many of them in full military costume, and a crew of 250, according to The Guardian. The congregation was issued with perfect facsimiles of the real order of service used on 30 January 1965.

But the most sensitively handled plotline of all is the Aberfan episode, about the 1966 Welsh mining disaster that killed 116 children and 28 adults.

Fans and TV critics called it “devastating”, “heartbreaking” and a "masterpiece".

THIS. SCENE.
Olivia Colman is an absolute legend.
the whole aberfan episode is a masterpiece.#TheCrown pic.twitter.com/zsRlvrNeDb

The Aberfan episode of The Crown is devastating, done with such heart and compassion. Clearly an episode they tried so hard to tell right.

The first episode of #TheCrown’s third season isn’t the most riveting, but stick around for the Aberfan episode. It’s absolutely heartbreaking, but I’m happy at least that this Welsh tragedy is finally being acknowledged and talked about on a much wider scale now than ever before pic.twitter.com/iwhUyjON9t

According to The Guardian, the original 90-minute cut of the Aberfan episode “was like a Ken Loach film”, and depicted much more social realism than would make the final edit. The show’s creator Peter Morgan told The Observer that the production team made “spectacular efforts to show respect and consideration”, while producer Suzanne Mackie said that the Aberfan episode “was most difficult in terms of our duty of care”.

3. The attention to detail in the costumes is sublime

It’s safe to say that no expense has been spared in season 3. It costs an estimated £50 million to make each series, according to The Guardian, with much of that spent on the lavish sets and costumes - or more specifically, replicating some of the most iconic royal outfits.

The budget for The Crown must be huge. Those costumes, set designs, props, the extras, the actors, make up, hair, etc.

The costumes are absolutely on point not just for the era, but for what they are aiming to replicate. The variety of hats and the Queen’s famous skirt suits in a variety of shades are simply striking.

In a behind-the-scenes piece for The Guardian, journalist Charlotte Higgins writes that “the obsessive pursuit of detail is visible everywhere you look”. In the costume designers’ office, the back wall is covered in images of the royals, she spots. The hair and make-up designer shows Higgins the “bibles” she’s made - photographic scrapbooks showing the month-by-month changes in the real characters’ hairstyles.

In terms of iconic looks, fans will see Colman in the famous bright pink skirt suit and hat with matching fabric bells swinging from the back that she wore for her Silver Jubilee. At Prince Charles' investiture in 1969, we see Elizabeth's outfit of a yellow silk coat and pearl-encrusted hat replicated to minute detail, below. How do you recreate the royal family's boldest fashion moments? "The Crown" does it with striking attention to detail: https://t.co/TVZE72Kqgh

The Queen Mother's bright green dress and Princess Margaret's pastel pink skirt suit at the same event are also near identical to the real thing. And as blogger Rachael Dickzen writes, the party scene at Princess Margaret's house firmly "plants the episode in the 60s". All the female guests are in bright colours and many of them are in very mod silhouettes, or otherwise sport very specifically 60s details like beaded necklines and hems.

It's not the first time the show has spent an epic budget on costumes - it's thought £30,000 was spent on the wedding dress worn by Claire Foy in season 1 - and with six series confirmed, it certainly won’t be the last.