The Society: Everything you need to know about the new Netflix mystery series

Will there be a season two? What was it really like behind the scenes with the cast? And where have you seen these actors before?

Here is everything you need to know about The Society...

When is The Society on TV?

Get ready to binge on The Society, which is streaming now on Netflix.

It will run for 10 episodes, which will all be available at the same time when it launches.

Will there be a season two?

Show creator Christopher Keyser wants a second season and clearly has plans following the cliffhanger to season 1, but there's no confirmation from Netflix yet about a return to West Ham.

Season 1 ended with the revelation that teenagers are trapped in an alternate reality to their parents and siblings - but it is not known whether they will be able to return to the correct world.

"Some shows get two seasons in initial orders... But we got a one-season order, which is usual," Keyser told Digital Spy.

"And then we wait, as everyone else does, to see what the audience decides."

Netflix has released a new teaser trailer for the show, giving you a flavour of what to expect.

In case you were in any doubt, that's menace, violence and terror...

The Society is one of those amazingly odd shows that only Netflix seems to be able to pull off – think Stranger Things or The OA.

A group of teenagers from the wealthy New England town of New Ham are plunged into an alternate reality when their parents are mysteriously wiped out of their lives. 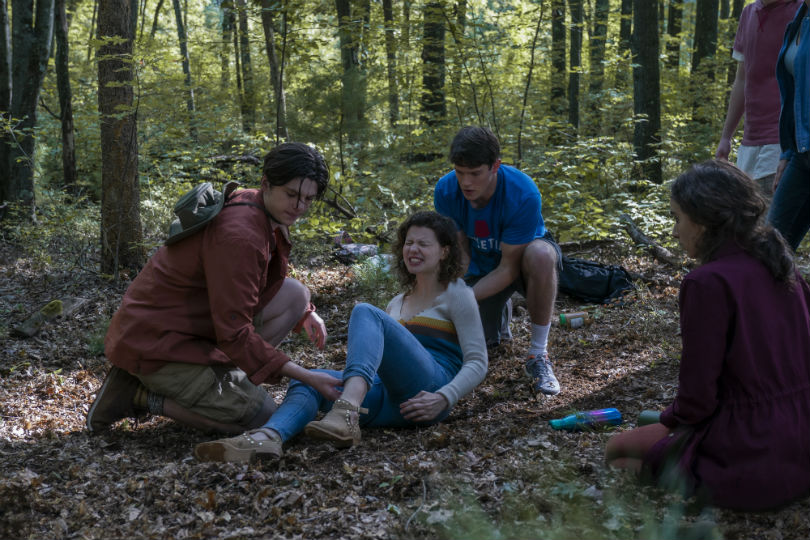 They find themselves transported to a facsimile of New Ham that doesn’t include their parents, which sounds like living the dream but quickly turns more sinister.

Enjoying their newfound freedom is the first thing on their minds, but as fun as it is, it can also be dangerous.

As the teens struggle to work out what has happened to them, they must try to find a way home to the real New Ham by finding some order in their lives and forming alliances.#

Behind the scenes on The Society

The Society cast talks about how they developed real-life friendships. See the surprising game they played in between takes and guess who found their way into a corner to read ancient Greek text in between scenes. (HINT: his character name rhymes with "fizz.")

Who are the cast?

Obviously, it’s a mainly young cast for the series with the teens as the main stars. 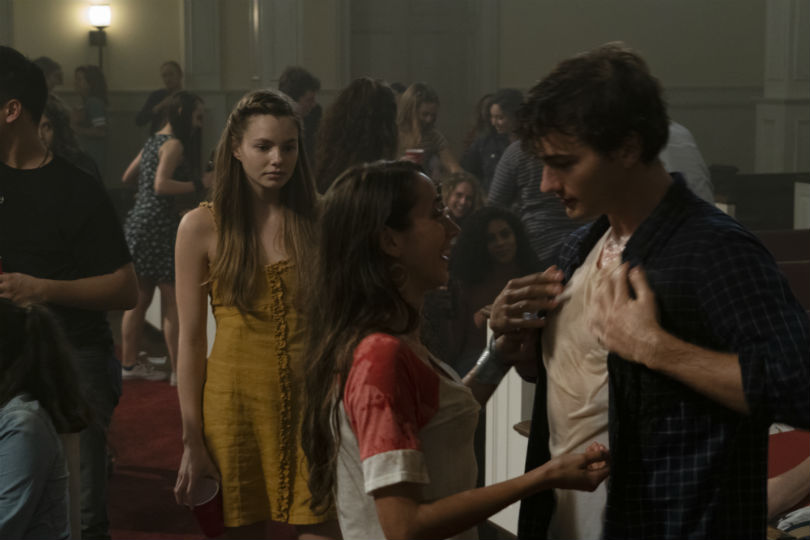 The cast is completed by Jose Julian (Shameless) as Gordie, Salena Qureshi (Madam Secretary) as Bean, Jack Mulhern as Grizz, and Grace Victoria Cox (Heathers, Under the Dome) as Lexie.

The Society is streaming now on Netflix.