In the brand new young adult TV series, a group of teenagers struggle to survive after they're transported to a replica of their wealthy town with no trace of their parents.

That’s the premise of Netflix’s new teen mystery drama The Society, a modern take on the classic novel Lord of the Flies.

In the brand new TV series, a group of privileged teenagers struggle to survive after they're mysteriously transported to a replica of their wealthy New England town. The only difference is that there's no trace of their parents.

[Read more: Everything you need to know about Netflix’s The Society]

[Read more: What to watch on Netflix in May]

From the 21st century setting to the 90210-style relationship dilemmas, here are three reasons why The Society is a must-watch if you love teen dramas.

And don’t forget, if you’re a Netflix customer, you can watch it straight from your BT TV box.

1. It’s Lord of the Flies for the digital age 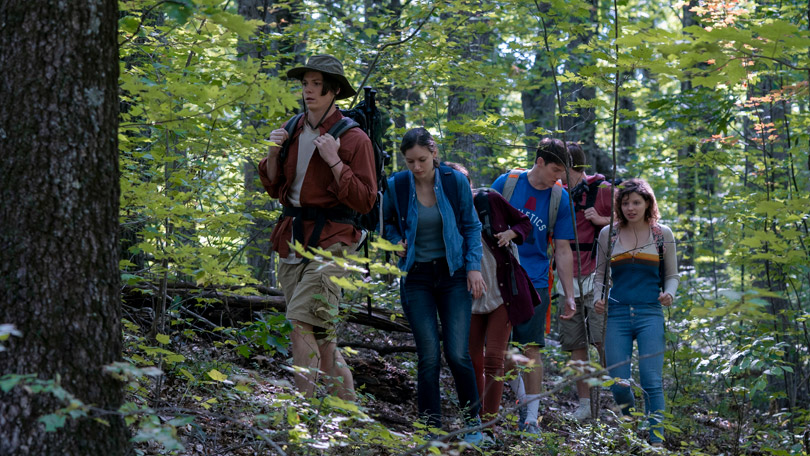 Netflix is calling The Society "a modern take on Lord of the Flies" and we can totally understand the comparison.

William Golding’s 1954 novel has been labelled a “modern classic” by literary critics. The best-selling book tells the story of a group of boys stranded on an uninhabited island and their disastrous attempts to govern themselves.

Set in the early 1950s, the boys’ options for survival and communications were limited as they were completely cut off from civilisation.

Lord of the Flies covered controversial subjects, like human nature and the ‘every man for himself’ mentality versus the common and greater good.

The Society is a modern take on this theme of what happens when a group of young people are left to fend for themselves.

The difference is that these teenagers are literally glued to their phones, and after their parents go missing, they text each other non-stop asking for updates.

However, it seems that they can only contact each other, as though nothing else exists beyond their own direct communication.

As one of the teens points out: “We can talk to each other, but it's like there's nothing beyond this place.”

There’s no Google - everything appears to be wiped from the internet - and they can’t call 911 for help.

Snapchat doesn’t seem so useful, after all...

2. It’s weirdly realistic and feels like it could really happen 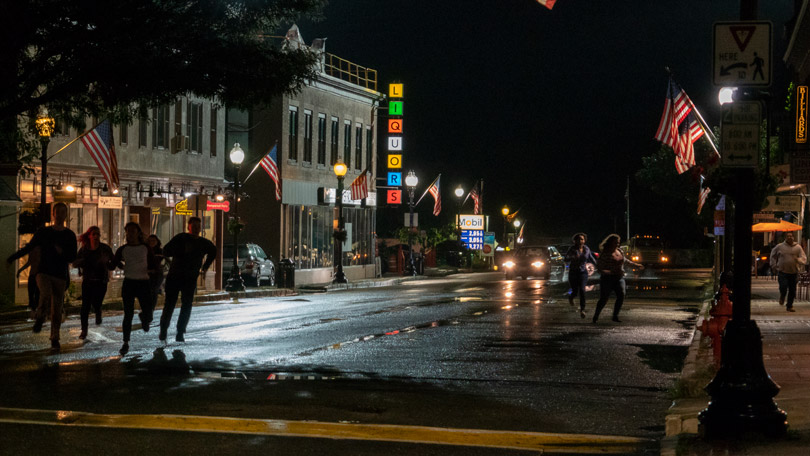 Much of the teens' initial casual reaction to the 'disappearance' of their parents seems eerily realistic.

When The Society's teens arrive back in town and none of their parents are there, they naturally assume “well, they’ve obviously forgotten about us”.

When the parents don't answer their phones in the middle of the night, the teens logically assume they're all just asleep with their phones off.

When the group of teenagers come together and realise that none of them can get hold of their parents - they logically assume there's a communications outage: “Maybe they're somewhere with no reception?”, one of the group suggests.

Another member of the group suggests that their parents have all been evacuated for some reason, before one suggests that they all just go back to bed and sort this whole thing out in the morning.

But just as it would in real live, everything soon goes downhill. With no adults to govern the town, the ’every man for himself’ mentality kicks in and the looting begins.

We also see the teenagers struggling with practical issues, like how to survive with no life skills, and how to deal with health issues.

The moral of the story? Go to scouts, learn first aid, and listen to your parents.

3. It’s got that teen angst you’d expect from Netflix 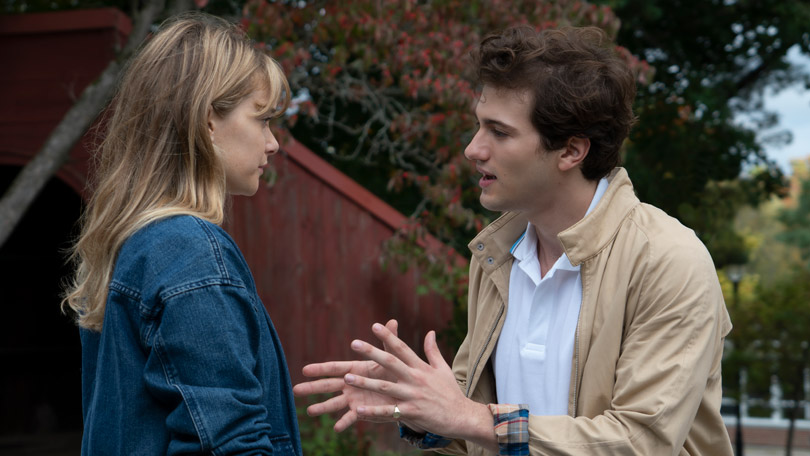 When you first start watching The Society, it’s set up just like any other American high school drama.

It’s got that Riverdale/Sabrina/90210 teen angst vibe going on, where all they care about is themselves and the bubble of the world they live in.

As Cosmopolitan states: “It’s got a dollop of Gossip Girl sass and style.”

The Society has got everything you’d expect from a teen drama, covering relationships, jealousy, friendships, love, lust, and trust.

Just like Lord of the Flies, once the teens realise the gravity of their situaion, different personalities taking up different roles within the newly-formed leadership group.

They also all have contrasting reactions to what they face. Some are scared, some are lonely, some fade into the background, and some just want a party!

As for the ones who want to be leaders, just watch the power going straight to their heads and expect some bad karma to follow...

Watch The Society if you liked...

Behind the scenes on The Society

The Society cast talks about how they developed real-life friendships. See the surprising game they played in between takes and guess who found their way into a corner to read ancient Greek text in between scenes. (HINT: his character name rhymes with "fizz.")

Watch the trailer for The Society

The Society season 1 is streaming now on Netflix.