It wouldn’t be Strictly Come Dancing without Anton and his leading ladies. From the wonderful to the wooden, here are our favourites.

Pick out some of the most memorable moments from Strictly Come Dancing’s history, and it’s likely that Anton Du Beke will feature in more than a few of them.

The professional dancer is now the only original cast member left after the departure of Brendan Cole and is known for enjoying some very entertaining partnerships over the years.

We look back at Anton’s most memorable pairings during his 15 years on the show. 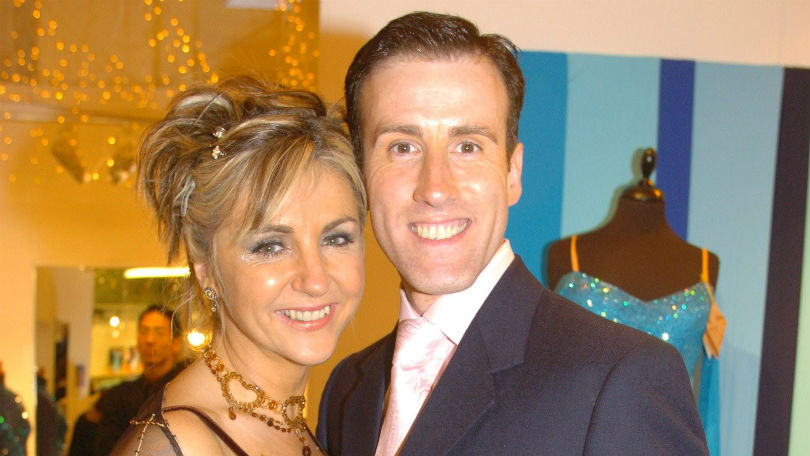 He might have earned himself a reputation as one half of many a comedy duo, but back in series one a fresh-faced Anton took winning as seriously as the Brendans or Artems of the ballroom do.

Anton’s first celebrity partner brought him within touching distance of the glitter ball trophy – Lesley Garrett was graceful, hardworking, and a hit with viewers.

The pair came third, which would mark Anton’s highest ever placing on the show. Can he finally beat it in 2018?

Anton looked like he could have struck gold with his series seven partner, actress Laila Rouass, who was a talented dancer.

Unfortunately, the partnership was overshadowed by Anton having made a racial slur to Laila during some off-stage “banter”, although he apologised and she insisted that all was forgiven.

The couple eventually came fourth that year, a strong and solid series for Anton who was about to head into a tough period…

One of the most memorable contestants ever to grace the dancefloor was Ann Widdecombe, probably the partner that Anton will always be most associated with.

What she lacked in dance ability she made up for in sheer entertainment value, offering up some hilarious routines and even flying across the floor on wires.

Their Titanic-themed performance was a particular highlight and the couple managed to make it all the way to sixth place as fan favourites.

[Read more: Which celebs are taking part in Strictly 2018?]

Italian siren Nancy Dell’Olio definitely had the glamorous side of Strictly sorted… unfortunately, not so much the dancing.

She was repeatedly blasted by judges for standing around woodenly, and was awarded just 12 points for her Waltz, one of Anton’s lowest-ever scores.

He reportedly said after their exit that she was “s***. No, she never got that good”, and she half-joked that she planned to sue judge Alesha Dixon for calling her “not very feminine” during a critique.

But Nancy obviously came away with a rose-tinted view, as she later told The Telegraph: “The best season Strictly ever had, everyone say so”. They came 11th.

With a surprisingly similar problem to her predecessor Nancy, model Jerry Hall did little other than stand around looking glamorous.

She committed the ultimate sin in the pro dancers’ eyes of simply not putting the effort in, admitting on Loose Women: "I was training the least of any of the contestants, I was doing the contractual minimum. But since last week I've added on 30 minutes.”

You get out of Strictly what you put in, which explains why Jerry was responsible for Anton’s lowest-ever scores in the Cha-Cha and the Foxtrot, and his second-lowest overall placing at 13th.

Tennis matriarch Judy Murray may be a terrible dancer, but she’s a good sport and Anton seemed genuinely fond of her during their time together on the show.

She was beyond wooden, barely moving in some routines, and said her own sons Andy and Jamie were incredibly embarrassed by the whole thing.

However, Anton, who loved to tease her, may have taken the joke too far after their exit when he was heard telling a charity gala “she was s***. Why couldn’t they have given me Pixie Lott?”

[Read more: How do I get tickets for Strictly Come Dancing?]

Series 13 was lucky for Anton, as it marked one of the rare occasions he was matched with a partner who could actually dance.

Katie and Anton began to suspect that they had been singled out as the couple to be forced out during later rounds, as she told the Radio Times.

She said: "I was told by people on the show if you're still in the competition, someone will be chosen and that person will be taken down. That someone just happened to be me."

It’s an unpleasantly sexist, ageist part of Strictly that a female contestant of a certain age is automatically assumed to be the joke signing of that year.

Good on actress Lesley Joseph, then, for proving everyone wrong in series 14.

With moves and flexibility that someone a fraction of her age would be proud of, Lesley, 71 when she took part, didn’t let age stand in the way of some amazingly athletic, fast-paced routines.

She led Anton to his highest-ever scores in the Cha-Cha and the Charleston, so it seemed unfair that she ended up exiting the show far too soon in 11th place.

After her exit, she told Strictly – It Takes Two: “I have to say I think I was hired to be the token older woman who probably couldn't do it, who would probably be dragged around the floor.

"People who don't know me - I've worked in this business for 50 years. I do half musicals. I am very fit. I am fit and supple and I can do it. I honestly have more energy than most people I know. Please don't expect me to be a big blob because that's not who or what I am."

Strictly Come Dancing begins on Saturday, September 8 at 7.35pm on BBC One.

Never miss an episode with BT TV – catch up via the iPlayer app.