McCartney to Muppets: 6 things you didn’t know about Bruno Tonioli

From Eurovision to Elton John videos, here are six things you didn’t know about the legendary Strictly judge.

Bruno Tonioli has been a fixture behind the Strictly Come Dancing judging table since the show began in 2004.

He’s also found fame on the other side of the Atlantic as a judge on the American equivalent of Strictly, Dancing With The Stars.

Born in Ferrara, Italy, Bruno started his dance career in Paris at the age of 18 and went on to have a successful career as a dancer and choreographer before starting his stint as a reality show judge.

But there’s much more to Bruno than meets the eye. Here are six things you might not know about the exuberant Strictly judge:

1. He once appeared in an Elton John video

In 1983, Bruno appeared in Elton John’s French Riviera-set music video for I’m Still Standing. One of the principal dancers, Bruno can often be seen on camera wearing a variety of interesting 80s beach fashions.

And he hasn’t only danced in music videos. Bruno has also worked as a choreographer for some of the biggest names in 80s rock and pop music including Paul McCartney, Tina Turner, The Rolling Stones, Duran Duran and Bananarama. 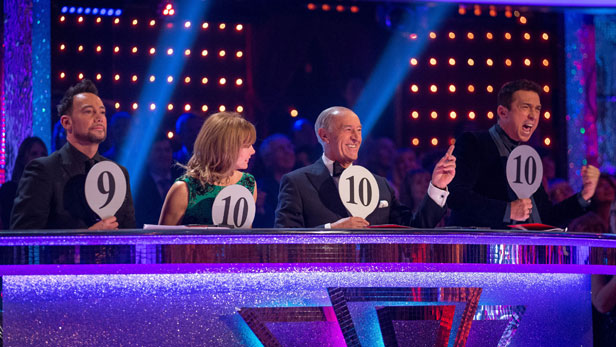 2. He once tried out for the Eurovision Song Contest

Also in the 80s, Bruno made a move from dancing in music videos to behind the mike. In 1980 Bruno was part of a group called Duke And The Aces, who competed in A Song For Europe – the show which decided the UK’s Eurovision entry.

Duke And The Aces was a six-piece group brought together specially for the contest. Bruno also choreographed their routine. Their song was called Love Is Alive.

Sadly, Duke and the Aces were not successful – with Prima Donna being selected to represent the UK that year at Europe’s premier celebration of pop music.

It did, however, provide the opportunity to see a young Bruno shimmying in a bright red jumpsuit.

3. He’s been made into a Muppet

Bruno’s popularity in the US - thanks to his role as a judge on Dancing With The Stars - has led to all sorts of opportunities. One of these was being made into a Muppet.

The idea of the segment was to teach children about shapes in a characteristically Sesame Street way.

In addition to choreographing music videos, Bruno has turned his hand to figuring out the choreography for films and TV shows.

On the small screen, Bruno has worked on a diverse selection of shows including Blake’s 7, The Scarlet Pimpernel and an episode of ITV’s Agatha Christie’s Marple. That episode, The Body In The Library, featured several impressive dance scenes as well as another reality show judge – David Walliams, who starred as George Bartlett. 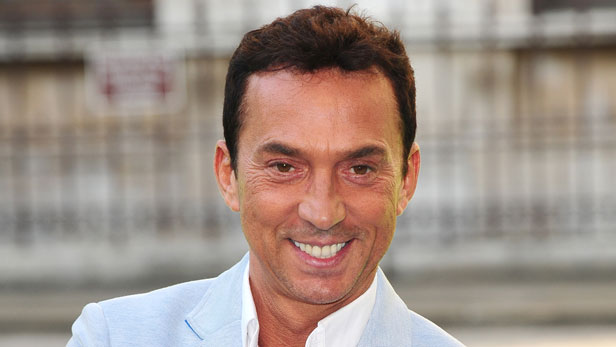 Bruno’s dancing and choreography career has taken him all around the world. This means that he can speak no less than five languages: Italian, English, German, Spanish and French.

Speaking to Cambridge University Press, Bruno said he’s only fluent in three – at the moment: “Well at the moment it’s English, Italian and French. Spanish is a bit rusty – the secret to languages is conversation and I haven’t conversed in Spanish for a while.

“And German, the only one I actually learned at school, I’ve almost forgotten. But funny enough once you’ve learnt it, if you’re not too self-aware, it’s almost like muscle memory.

“Once you make the effort and converse with people in another language it’s like connections in your brain reignite. But for now it’s just French, Italian and English that I’m fluent in… well I hope that I am fluent and sound eloquent anyway.”

Oh, and English is his favourite.

[Read more: Who is Shirley Ballas?]

6. He not as talkative off camera

As a judge on Strictly, Bruno is known for his flamboyant statements and deeply expressive use of language. However, he says off camera is quite another matter.

“The Bruno you see now is nothing like the guy everyone sees on the show,” Bruno told The Mirror.

“I can go a week sometimes without talking to anybody – anybody. And my favourite holidays are the ones I spend on my own.”

In fact, Bruno sees ‘Bruno the judge’ as a separate persona he has developed during his judging career: “Bruno the judge is a persona that has developed over the years and is related to what Strictly is – it’s glam, it’s energetic. It is one side to my personality. But we all have different sides to us.”

He even gets a bit nervous before filming episodes of Strictly.