Who is Katie Piper? Meet the Strictly Come Dancing 2018 contestant and TV presenter

Piper was the first celebrity to be announced for series 16 of the BBC dance contest.

Strictly Come Dancing is back! The BBC has revealed that Katie Piper will be stepping out on the dancefloor this year – we get to know her a little better.

[Read more: Who are the Strictly pro dancers?]

Revealed as a Strictly contestant: Katie Piper was the first celebrity contestant to be announced for Strictly 2018. She confirmed the news when she appeared as a guest on BBC Breakfast on Monday, August 13.

Thank you for all your lovely messages. I’m super excited but very nervous about being a contestant on this years @bbcstrictly it’s going to be a challenge but everyone who knows me knows I love a challenge so here goes... a new chapter in my life! #strictly2018 #bbcbreakfast pic.twitter.com/hVBQnloqce

Best known for: Katie Piper was the victim of an acid attack by an ex-boyfriend as she was just starting out in her TV career.

She made an award-winning documentary, Katie Piper: My Beautiful Face, about the groundbreaking surgery she underwent to rebuild her face.

Katie has appeared as a guest and presenter on programmes including This Morning, The Secret Millions, Hotel GB, Celebrity Deal or No Deal, and presented Channel 4’s Alternative Christmas Message in 2009.

She has also fronted series Bodyshockers and Katie Piper: My Beautiful Friends, and published a number of books about her experiences.

The mum-of-two is the founder of The Katie Price Foundation, a charity for people who have had burns and other disfigurement injuries. 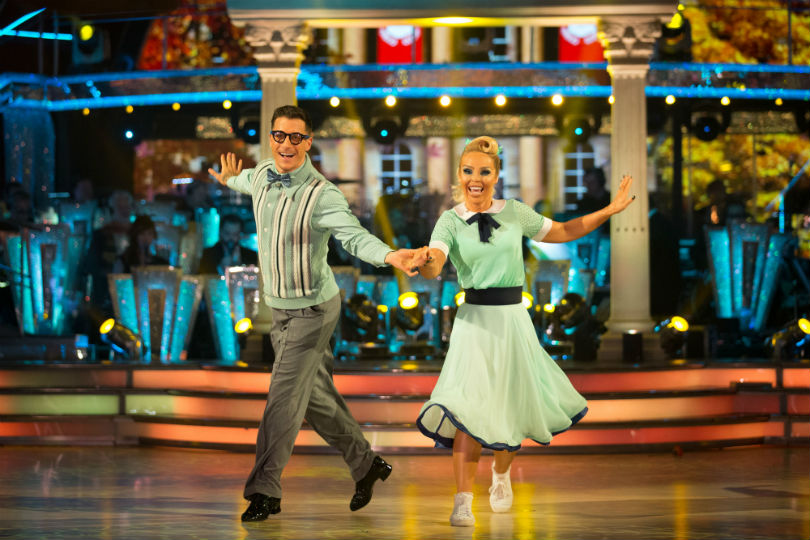 Katie said: “For me, it’s really out of my comfort zone and it’s nothing like I’ve ever done before, so I was really worried – will I be the first person to go home?

“The only person I told was my husband, through text message, and he thought I was joking.

“I like having fun and music and parties, but dance-wise, I went to a musical on Thursday with my friend, and he noted that I wasn’t even clapping in time, so in terms of rhythm, I don’t know how well that’s going to go.”

Place: Katie placed 13th out of 15 couples when she was voted out in week four, the third celebrity to be evicted from the series.

Great show @bbcstrictly Great Teacher @gorkamarquez1 marquez Thank you for the memories all the viewers and fans 😊💃🏼 (oh no maybe the last time I use that emoji for a while 😳) pic.twitter.com/TaH4BrRdWV

Strictly Come Dancing continues on BBC One on Saturday and Sunday evenings.

Never miss an episode with BT TV – catch up via the iPlayer app.