7 Questions With… Vicky Pattison: 'I want everyone to know exactly what happened with the break-up and move on' - Exclusive

We spoke exclusively to the reality star and I’m A Celebrity winner about filming the aftermath of her traumatic split for a one-off TLC special, Vicky Pattison: The Break Up.

Click Play above to watch our exclusive video interview with Vicky Pattison.

We've come to expect the unexpected from Geordie Shore, but when the latest project from its most successful former star was struck by a painful dose of reality, she chose not to cut the cameras, but to take us with her on a journey of self-discovery.

Vicky Pattison was in the middle of recording a TV special for TLC about her upcoming wedding called Vicky and John Said Yes, when she discovered her fiancé John Noble had cheated on her.

But instead of walking away from the project, reality star Vicky kept going, determined not to let her break-up control her TV career.

TLC kept the cameras rolling as the former Geordie Shore star, 31, came to terms with the fact that the life she had planned for herself - including her dream wedding to John, pictured below - would no longer come true.

The result is a one-hour special, Vicky Pattison: The Break Up, which sees her come to terms with the end of the relationship and find herself again with the help of friends and family.

You can watch Vicky Pattison: The Break Up on TLC, one of the 60+ premium channels available for BT TV customers. 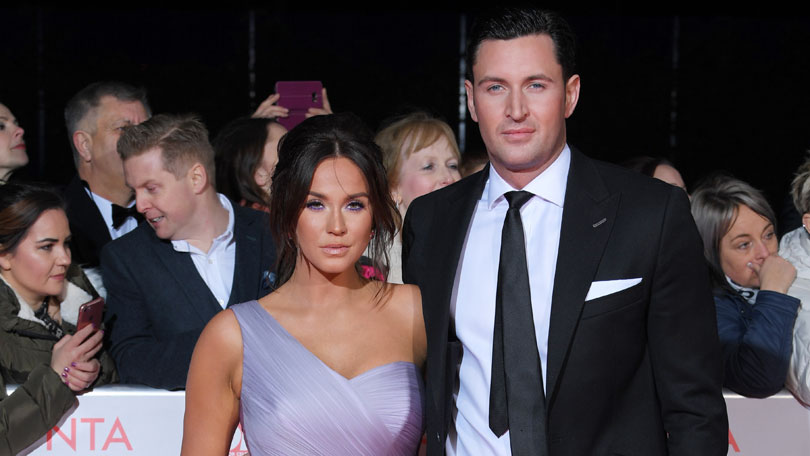 Vicky talked exclusively with BT TV about her upcoming TV special, including capturing the traumatic break-up on camera, the filming process, and what fans can expect from the show…

1. Can you give viewers one reason to watch the show?

I can’t give viewers a reason not to tune in, to be honest! It was an incredibly different thing for me to do. For the last couple of years I’ve been working really hard trying to cultivate my career as a TV presenter, and turn my back on reality TV, so to open the doors on my life again, in such a dramatic fashion, was difficult.

But I don’t want people to think it’s all just a massive long pity party and that they’re going to be drained and reaching for the tissues through the entire thing, because what I discovered when filming, as well as being incredibly cathartic to film and make, it became about a lot more than just a break-up. It became about a journey. And I know that’s cliched!

2. What’s one scene in the show that fans can look forward to?

There’s a couple of scenes that stick out in my head as something that fans can look forward to.

There’s this real inspirational moment, if I do say so myself, where I’m at the body confidence event with Ferne [McCann], and it’s the moment when you truly see how resilient I am, what I’m made of and how, yes I may be devastated, and yes I may have had the life and future I had planned out for myself taken from us, but I’m not gonna let that define who I am, and I do think that’s a very pivotal moment in it.

Watch a sneak peek clip of Vicky ahead of the body confidence event below:

Getting ready to speak at a body confidence event, but @VickyPattison wasn’t feeling confident at all 😢Our Vicky’s certainly a fighter, so ofc she powered through.. #VPTheBreakUp Weds 10pm on TLC ✨ pic.twitter.com/mjjQ0WvYtI

If you’re looking for something a bit more light-hearted, Pete Wicks takes us speed dating at one point, with varying levels of success, so I’m not gonna ruin it for ya, but - spoiler alert - I don’t find love, put it that way!

3. Are they any deleted scenes or funny moments that fans won’t see on the show?

There’s one particular moment where I went to find a new personal trainer down south, and the guy is incredibly keen, and a little bit overzealous.

There’s this one particular moment where he’s stretching us out and I just can’t meet his gaze. It’s like crotch-to-crotch awkwardness, and of course going through everything that I’d recently gone through, that level of even supposed intimacy was well not on my radar, so no that had to go because it was just too uncomfortable. Too awkward!

4. What’s the biggest misconception or lie you’ve read about the split?

One of my favourite rumours about the split is that John had in fact broken up with me two weeks before, and was single when he did what he did [in Dubai].

What a load of bollocks! In what world would I, as a strong independent female, still be walking around with an engagement ring on, just hoping on the off-chance he changed his mind? It’s pathetic!

He was posting pictures saying he couldn’t wait to come back and see us while he was cheating on us.

I think I’ve handled the majority of the situation with as much dignity and grace as I could muster, and I have kept a level of dignified silence throughout, until this show is about to come out.

Progress.... 💕 Have a wonderful day everyone. I love you all.

I won’t be slagging him off, I won’t be dragging his name through the mud, I think he did that enough himself.

But what I won’t allow is someone to essentially try and diminish my heartbreak, because I’ve been through a really tough couple of months, I just want everyone to know exactly what happened, and I’d like to move on after that if that’s OK? So yeah that bit was the hardest I think.

5. Do you hope that John watches?

I don’t care! I mean, as much as I’m all about the ratings, and I would love that extra viewer, he can do whatever he wants for all I care.

6. What was the most emotional moment from filming?

My mam [Caroll] was an incredibly strong presence for me throughout filming, and I couldn’t have got through these last few months without her being so incredible, so loyal, so there for us, just unrelenting, she’s definitely one of the top three best mums in the world I’d say. I’m biased, but I’m putting it out there! She’s been amazing.

There’s been a couple of moments between me and her, we went on this juice retreat out to Portugal, and I had a lot of epiphanies there, sort of the moment I realised John probably hadn’t loved me for a long time, which is a very tough realisation but something that was necessary for us to realise, in order for me to move on with my healing process.

Instagram v Reality... ��😍 As my week at @juicemasterretreats draws to a close I wanted to take the opportunity to thank this amazing woman. Without you @mammypatto I don’t know how I would have got through the last month. And you’ve been amazing company this week- we’ve laughed, we’ve cried (you at Billy Elliot and me at pretty much anything because I’m a fanny), we’ve trained hard, relaxed and altogether had a wonderful time at this mountain paradise!! You’re the best mam a girl could ask for and you’re cute as a button too!!! 😍 Oh and for everyone asking my leggings are @lilybod and they’re the comfiest and more supportive leggings I’ve had in a while!! 😍

There’s not been much that hasn’t been captured on camera if I’m honest with you pet, I’m a bit of an open book. It’s all there.

But that one moment, realising that you clung to something because you probably loved him enough for the both of you, was a tough one.

There’s plenty of moments where you might be reaching for the tissues but that one sticks out in particular.

7. Can we expect any celebrity cameos on the show?

Ferne [McCann] and Pete [Wicks]! My mum’s in it, she’s now a celebrity in her own right. Wait until you see her cameo in this, she’s just so articulate.

Pirate Pete and Pilot Pattison reporting for duty!!!! 😂✈️⚓️ Well that was it, last day of filming for my brand new show!! Big shoutout to Anglian Flight Centre for having us today! You guys were lovely! I’d also like to thank @tlctvuk for allowing me to turn the worst moment and a tough time into something positive and cathartic! I hope you all tune in and be kind on the 30th of January! That was also my last day of ‘work’ for 2018!! Wooooo!! Now off to celebrate! Big love to my @p_wicks01 for always being there for me ✈️😂💙 Vicky Pattison: The Break Up coming soon to @tlctvuk 💔 Ps outfit details are tagged but they’re mostly @prevulondon and @h.e.r.m.a.n.o 💁🏻‍♀️

There were so many people who were there for us behind the scenes, like Dannii [Armstrong], Mario [Falcone], Caroline Flack, loads of people who were just so incredible and so supportive, but the show’s just an hour long.

You know what we need, we need a series! Vicky Pattison takes her crazy life on tour, and you meet all the people along the way. So there’ll be loads of cameos in that.

Let’s just get the petition going!

Watch the trailer for Vicky Pattison: The Break Up

“You can try and take my pride, but you’ll never take my independence” - @VickyPattison. ✨ Vicky Pattison: The Break Up, Wednesday 30th January, 10pm on TLC pic.twitter.com/suRXhawp0X

TLC is one of the 60+ premium channels available on BT TV, including UKTV channels Gold, Dave and Alibi.