Alibi on BT TV: How to watch

UKTV's Alibi is one of the extra entertainment channels available for BT TV customers.

Get BT TV and Alibi channel >

Alibi specialises in crime drama from both the UK and the US. Original series include The Murdoch Mysteries and the Frankie Drake Mysteries, while repeats include Death in Paradise, Luther, and CSI: NY. 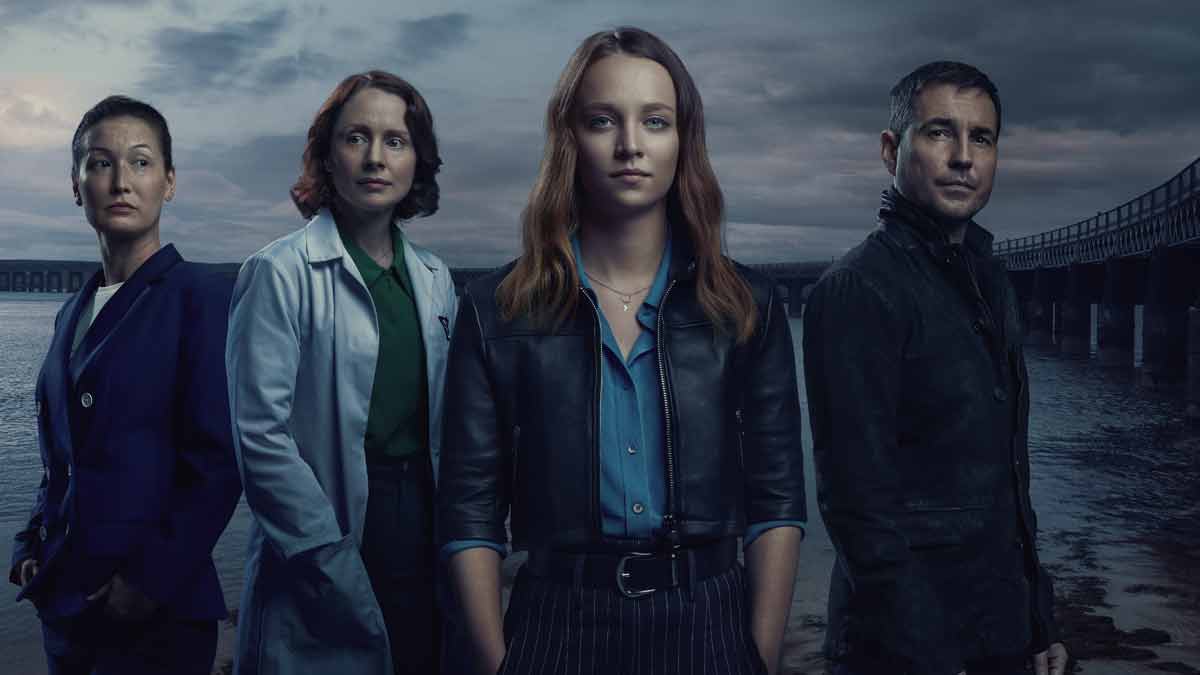 When Emma Hedges (Molly Windsor) returns to Dundee to start her new job as a lab technician, she's encouraged to take part in an online course teaching the principles of forensic science. Given a fictitious murder case, her task is to identify the victim and establish how they died. But having completed the first module, Emma knows exactly who the victim is: her mum! Marie Monroe (Carly Anderson) was murdered when Emma was seven, her body discovered on Law Hill and no-one has ever been convicted. But why are Sarah Gordon (Laura Fraser), professor of chemistry, and Kathy Torrence (Jennifer Spence), professor of forensic anthropology, using her mother's case for their course?

Determined to discover what happened to Marie but unable to get answers from her family, Emma turns to Sarah who offers up trusted friend DI McKinven (Michael Nardone) as the natural place for Emma to take her revelations.

As Emma re-connects with her dad Drew (John Gordon Sinclair), her childhood friend Skye (Jamie Marie Leary) and her mum Izzy (Laurie Brett), while falling for the gentle and irresistible Daniel (Martin Compston), her sleuthing takes her into dark corners, unpicking more and more secrets, and it becomes clear that she should trust no-one. It will be Sarah and Kathy's exacting minds that reward Emma's faith in the science that has fuelled her imagination, and who will ultimately bring her mother's killer to justice.

Set in 1920s Toronto, Frankie Drake Mysteries follows the city's only female private detectives as they take on the cases the police don't want to touch. Frankie Drake (Lauren Lee Smith) and Trudy Clarke (Chantel Riley), with help from their friends morality officer Mary Shaw (Rebecca Liddiard) and morgue assistant Flo Chakowitz (Sharron Matthews), are new detectives for a new world - but is the world ready for them?