Descendants 3: When is its airing? Who is in the cast? Everything you need to know about the Disney Channel sequel

The Disney Channel smash hit musical returns with the latest battle between good and evil.

Disney's Descendants returns in 2019 for a third and final Original Movie, with Dove Cameron, Sofia Carson, Cameron Boyce and Booboo Stewart all returning.

The phenomenally successful musical saga, which tells the stories of the teenage offspring of classic Disney villains, will premiere in the UK on Disney Channel on Friday, October 11th.

[Read more: What kids channels do you get on BT TV?]

Here's everything you need to know about Descendants 3.

When does Descendants 3 air? 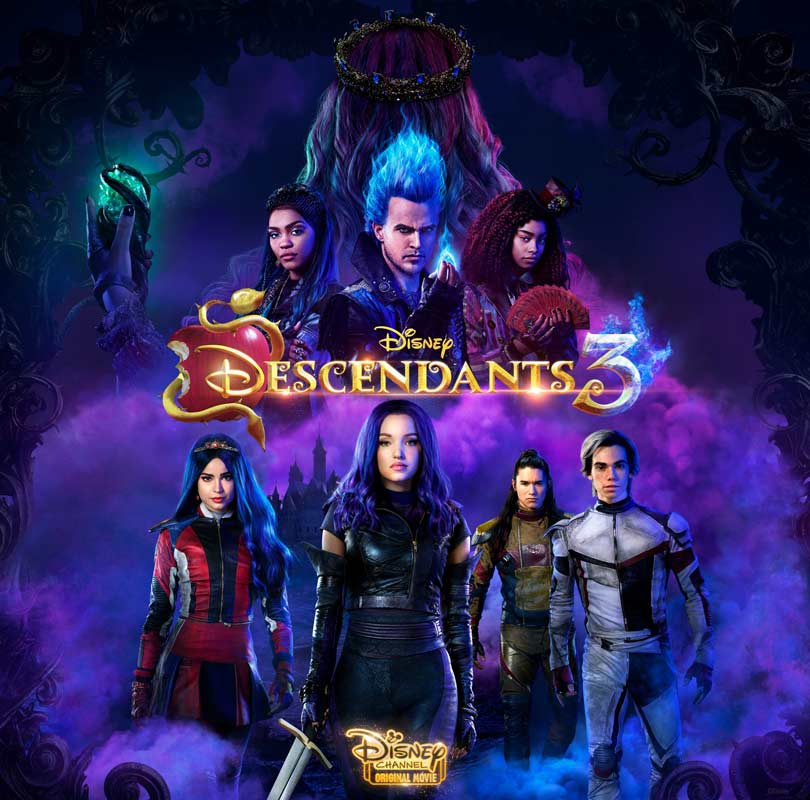 Disney's Descendants 3 will premiere in the UK on Disney Channel on Friday, October 11th at 5.30pm.

Dove Cameron announced the premiere date on social media, telling fans: "I cannot wait for you guys to watch it." 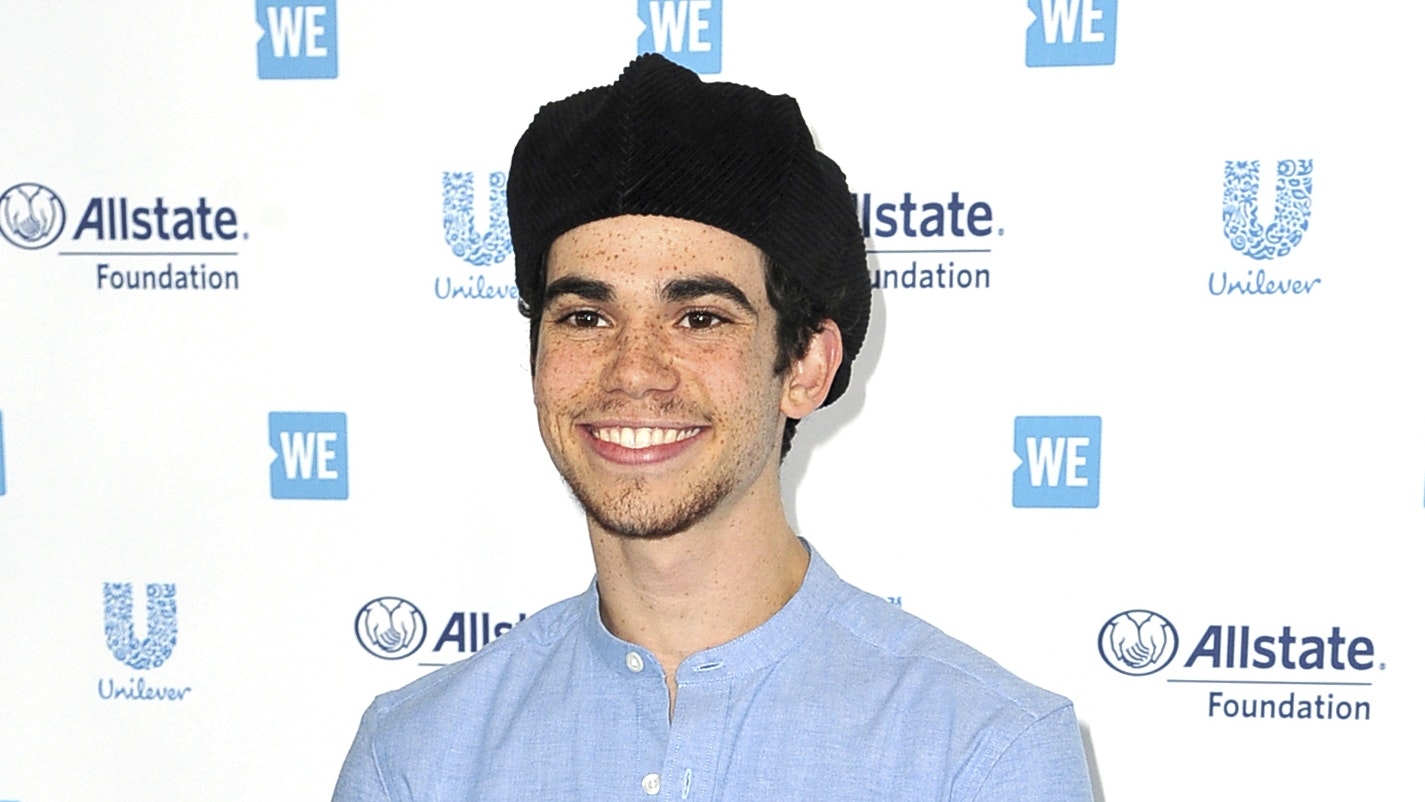 The release of the third film has been dedicated to its late star Cameron Boyce, who died earlier this year from epilepsy.

The 20-year-old actor, also know for his roles in Jessie and the film Grown Ups, died after being found unconscious at his home in North Hollywood on July 6.

His family said at the time that he had suffered a seizure as a result of "an ongoing medical condition".

Boyce was born in California and was also known for his humanitarian work.

Disney cancelled the premiere event for the film following his death and instead made a donation to the Thirst Project, a charity Boyce was deeply committed to.

Speaking to BT TV about her co-star, Dove Cameron said: "The amazing thing about Cameron, the reason people feel like they knew him and the reason why hearts broke around the world, even when lots of people had never actually met him, was because he was exactly how he seemed to be. That’s a really rare quality to find in someone.

"I think I wrote online, what was special about Cam was who he was in the quiet moments when nobody was watching. And there aren’t many people in the world who are who they are. Who are who they seem to be. Through and through. Even when nobody seems to be watching.

Descendants 3 unfolds on VK Day as fair-minded Villain Kids Mal, Evie, Carlos and Jay cross the barrier and return to their birthplace, the Isle of the Lost, to bring four deserving VKs to the coveted Auradon Prep in a land where they have a chance at success, happiness and fulfillment.

But it's Mal who knows she must resolve to permanently close the barrier to the Isle of the Lost, fearing that nemeses Uma and Hades will wreak vengeance on her new home, the idyllic kingdom now ruled by her beloved King Ben. Despite her decision, an unfathomable dark force still threatens the people of Auradon, and Mal and her friends face their biggest challenge yet. 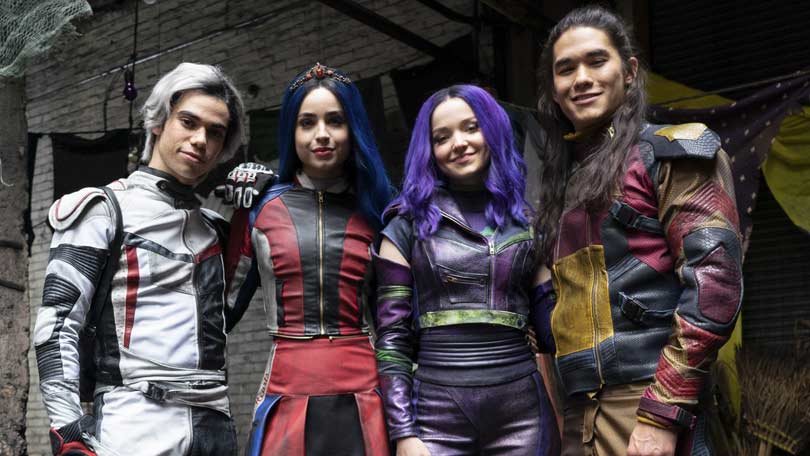 Speaking about her five years working on the films, Dove Cameron said: "I’ve grown very attached to Mal. It’s really interesting, the psychology of playing a character for so long. Your brain as an actor has to conceive that this person could be real and feel real emotions.

"It gets to the point where your body can’t differentiate whether these are real emotions you’re feeling or not, you’re feeling those chemicals, the bonds with people and the character. The more you play a character, the more attached you get, the harder it is to say goodbye. And if I’ve learned anything it’s that every role you play, you learn something about yourself.

"You gain perspective, you’re stretching the limits of your understanding, your points of view, to see someone else’s. It’s a great education in empathy and relating to people and the study of other people’s emotions. You always come out a better person."

Who are the new cast members? 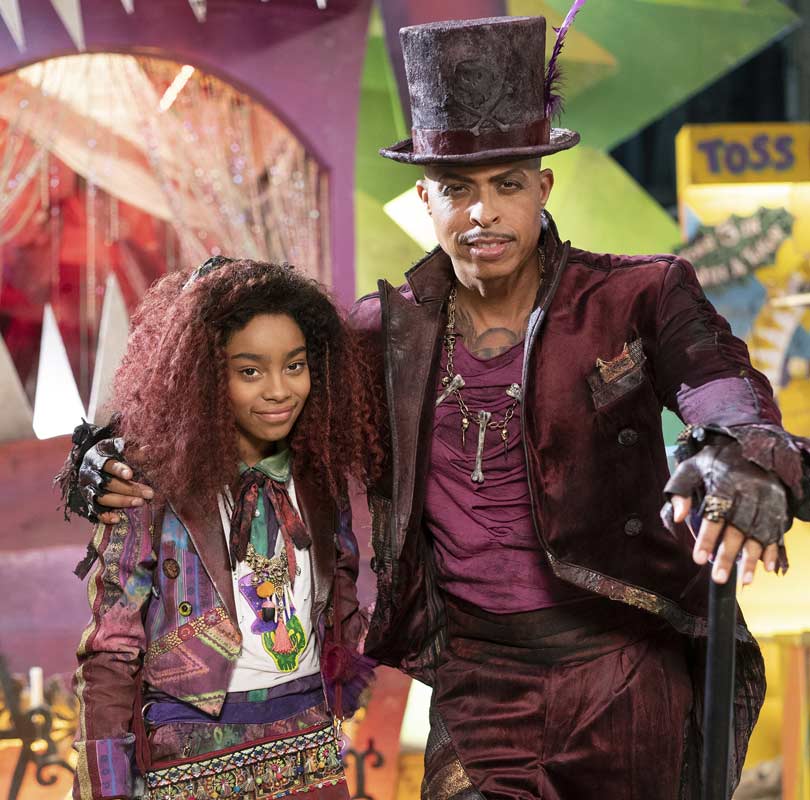 New characters confirmed for the sequel include Cheyenne Jackson as Hercules villain Hades, Jamal Sims as The Princess and the Frog's villain Dr Facilier and Jadah Marie as his daughter Celia.

Another pair of new arrivals will be Christian Convery and Luke Rossler, who will play Squeaky and Squirmy, the sons of Peter Pan's Mr Smee.

What is the plot for Descendants 3? 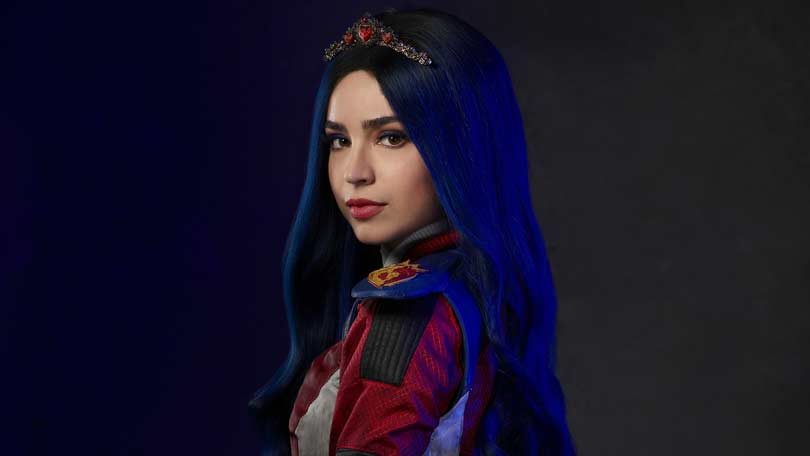 This highly anticipated trequel continues the contemporary saga of good versus evil as the teenage daughters and sons of Disney's most infamous villains (also known as the villain kids or VKs) -- Mal (Dove Cameron), Evie (Sofia Carson), Carlos (Cameron Boyce) and Jay (Booboo Stewart) - return to the Isle of the Lost to recruit a new batch of villainous offspring to join them at Auradon Prep.

When a barrier breach jeopardises the safety of Auradon during their departure off the Isle, Mal resolves to permanently close the barrier, fearing that nemeses Uma (China Anne McClain) and Hades (Cheyenne Jackson) will wreak vengeance on the kingdom.

Despite her decision, an unfathomable dark force threatens the people of Auradon, and it's up to Mal and the VKs to save everyone in their most epic battle yet.

Talking to BT TV about Mal's storyline in the third film, Dove said: "I think there is always a balance in the films, so that wherever Mal is, I’m somewhere similar. I think the writers drew from where we all were as people and put that into where we are as characters. I don’t think that was ever accidental.

"You have to find yourself when you’re young. So to find yourself in a position of being a role model, when you have no idea who you really are, to be expected to figure everything out before all your peers do, it’s a strange thing to ask of someone. Fast-forward through your life, so that everyone watching can learn from you. If you don’t know something… you can’t force someone to be more developed than they are.

"In this film, when Mal comes into a position of Government and she knows one day she will become a Queen – that is something she had no idea was going to happen. Obviously, I’m not anywhere close to being a Queen, but the idea of being in a position where lots of people are listening to you, it’s something I have become comfortable with, only through becoming comfortable with myself." 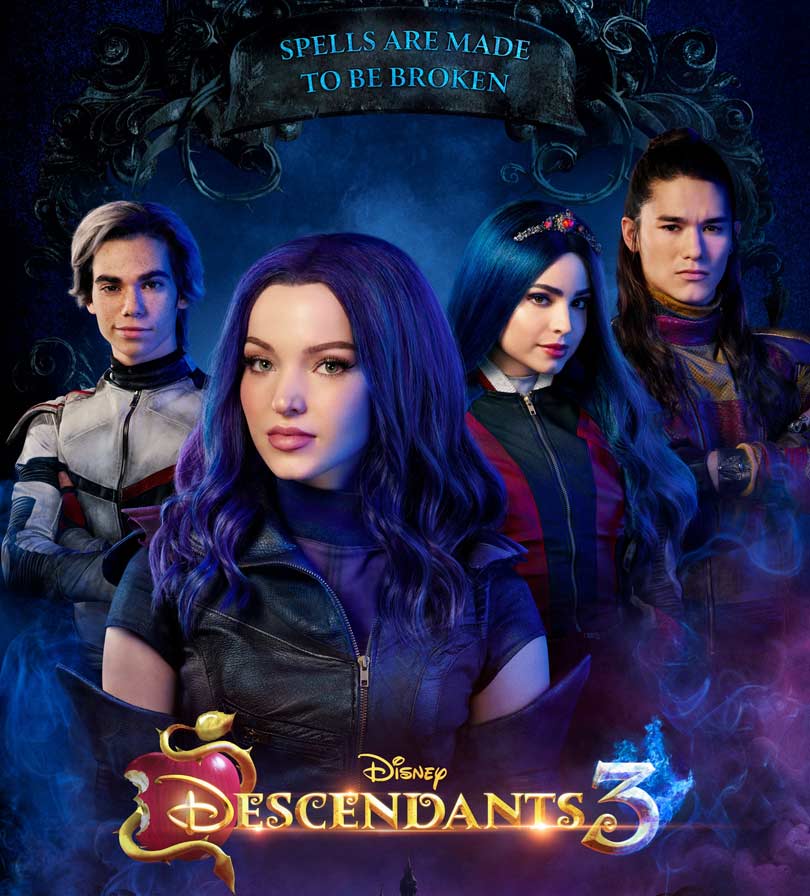 Descendants premiered in 2015 in the UK, becoming the year's highest-rated telecast on Disney Channel. A spin-off into a CGI animated series titled Descendants: Wicked World was followed by a sequel, Descendants 2 in 2017 and Under the Sea: A Descendants Short Story in 2018.

Gary Marsh, president and chief creative officer, Disney Channels Worldwide, said: "By adding a modern twist to Disney's most treasured heritage properties, the world of Descendants has become an instant classic. We're thrilled that the creative team that conceived and launched this global phenomenon is back to dive deeper into these characters and the imaginative world from which they come."

Descendants 2 reached more than 71.5 million viewers across 159 countries and 32 languages. Music videos from Descendants and Descendants 2 have nearly two billion global views and the Descendants 2 soundtrack was the number 1 album on iTunes and in the Top 10 on the Billboard 200 chart.

Descendants star Dove Cameron has over 25 million followers on Instagram and is one of the hottest rising stars in Hollywood.

She's also appeared in Disney Channel's Liv and Maddie, Agents of S.H.I.E.L.D, Barely Lethal, alongside Jennifer Aniston in Netflix's Dumplin and is currently in the West End as Clara Johnston in Light in the Piazza.

How to watch Disney's Descendants 3 on BT TV 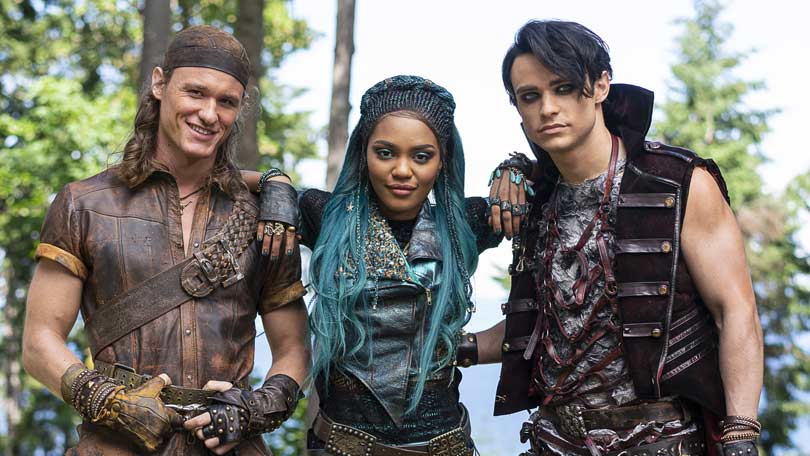