On November 19, 2017 the most notorious cult leader the world has ever seen, Charles Manson, passed away of natural causes at the age of 83 while serving a life sentence at California State Prison in Corcoran.

Leader and founder of the 'Manson Family' cult, he orchestrated the murder of nine known victims, instructing his cult members to commit the inconceivable deeds.

[More from History: Is the Zodiac killer about to be found?]

But just why did he do this? Were the murders simply part of senseless insanity, in support of his bizarre Helter Skelter theory, or part of a greater, sinister conspiracy?

A new two-part documentary on History, Manson Speaks: Inside the Mind of a Madman, presents an alternative theory to the mainstream motives behind Manson's actions, using 26 hours of never-before-broadcast phone conversations with Manson.

Who was Charles Manson?

Charles Manson was born in 1934 in Cincinnati, Ohio. It's likely that he never knew his father and his mother was a teenage alcoholic and prostitute. Growing up in relative poverty, he was first arrested at aged 13 for robbing grocery stores and was in a maximum-security reformatory by the age of 18 for crimes that included raping a boy at knifepoint.

Manson would go on to spend half of the first 32 years of his life in jail. Described by psychiatrists as unstable, psychologically damaged by rejection and inherently dangerous, he would spend the next decade in and out of prison for crimes that included stolen cars and goods, forging cheques and taking a teenage girl across state lines.

[Why Crimes that Shook Britain will truly shock you]

While serving time at McNeil Island prison, depression-era gangster Alvin 'Creepy' Karpis taught Manson how to play the guitar and read music. Inspired, Charles became interested in forging a music career once out of jail, and upon release in 1967 headed for Los Angeles to make his dreams come true… 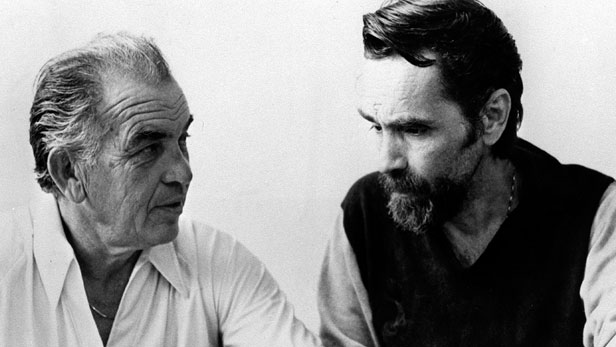 However, he first stopped off in San Francisco where he became embroiled in the drugs scene of the 1960s, experimented with LSD and explored groups such as Scientology and the Church of the Final Judgement. Within months, he formed his own cult known as the 'Manson Family', to which he recruited young hippies and preached bizarre teachings that included an imminent apocalypse, a race war between whites and blacks and that there would be a uniting of Jesus and Satan.

[Revealed: Was Jack the Ripper an American?]

Charles took his first 10 followers (mainly women) down to Los Angeles and the following year became obsessed with the song 'Helter Skelter' from the Beatles' White Album. He believed the song contained hidden, cryptic messages that not only supported his cult’s beliefs of an upcoming apocalypse, but also called on him to commit acts of immediate violence.

Who did Charles Manson kill?

Charles Manson responded to 'Helter Skelter' by hatching various plans to commit murder of Hollywood’s elite, which he believed would trigger the start of the apocalypse. With hindsight, it seemed that Manson was both furious that he’d failed to break into the music industry and that his predicted race war was showing little to no signs of beginning.

Charles instructed members of his family to persuade money off their mutual acquaintance Gary Hinman who he believed had recently inherited a small fortune. Over a course of three days three Manson family members interrogated him, and Manson himself even paid a visit, slicing Hinman's ear and face with a sword. However, Hinman refused to hand anything over and on July 27, 1969  was murdered by family member Bobby Beausoleil with a stab wound to the chest.

Then on August 9, 1969, Manson instructed four of his  followers to murder everyone at 10050 Cielo Drive in Benedict Canyon. The house was owned by Rudolph Altobelli, a successful music and film talent manager, why was renting it to film director Roman Polanski. Six months earlier, Manson had visited Altobelli at the mansion’s guest house, looking for the property’s previous owner - record producer and son of actress Doris Day - Terry Melcher - who Manson had hoped to forge a music career with. 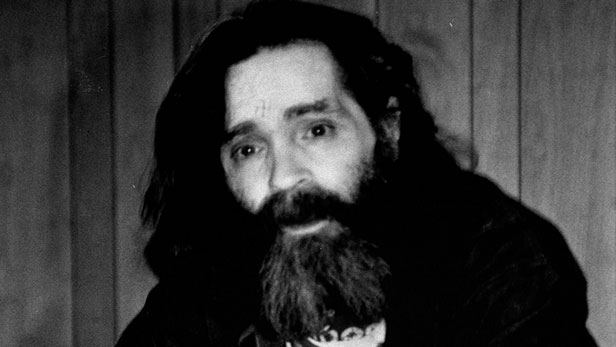 However, when they arrived at the house, Polanski was not there, as he was in London scouting for film locations. The Manson family members instead found his eight-months-pregnant wife Sharon Tate with three of her friends, who they proceeded to murder. Tate pleaded for her unborn child to be saved only to be stabbed to death 16 times. In total six people were killed, including the unborn child and 18-year-old student Steven Parent, who had been visiting the property’s caretaker, William Garretson, that fateful evening.

Manson declared the murders as sloppy, and the following night took three Family members to the Los Feliz, Los Angeles house of wealthy supermarket businessman Leno LaBianca and his wife Rosemary and ordered his followers to brutally murder them. 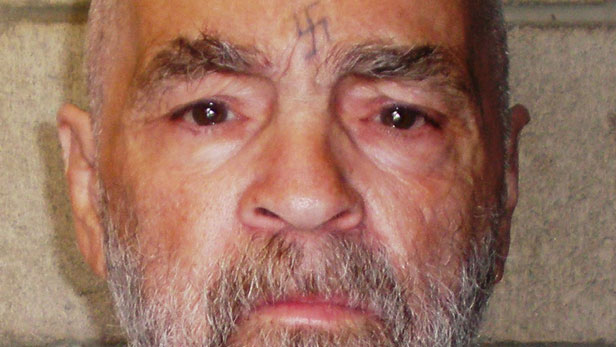 On History’s two-part special Manson Speaks: Inside the Mind of a Madman, an incredible 26 hours’ worth of phone conversations with Charles Manson are explored and examined. A new and alternative theory to Manson’s motives is put forth, arguing against the 'Helter Skelter' theory.

The show also features interviews with the only convicted Manson Family killer to have left prison, who now lives under a pseudonym.

It is narrated and investigated by Cliff Shepard, a retired cold case and robbery-homicide detective with the LAPD, who is convinced that Manson not only had ulterior motives but is probably responsible for the murders of many others.

These secretly taped phone conversations between Manson and his confidant Marlin Marynick took place over a space of 10 years.

Shocking, controversial and thoroughly engrossing this is a must see for anyone intrigued by Charles Manson and the horrendous crimes he orchestrated.

How can I watch Manson Speaks: Inside the Man of a Madman?

Manson Speaks: Inside the Man of a Madman begins Tuesday December 12 at 9pm on History, BT Channel 327.