As the adventures of the offspring of Disney's greatest villains continue, we caught up with two of the stars of Descendants 2 to find out if it's fun being evil.

Descendants 2 is premiering on Disney Channel on Friday October 20 at 5.30pm. The hotly awaited sequel to 2015's smash hit Descendants - which imagined what became of the children of classic Disney villains such as Jafar and the Eveil Queen from Snow White - will take off where the first film left off, with Descendant Mal struggling to adjust to her new life in Auradon and finding herself drawn back to the Isle of Lost...

[Read more: All we know about Descendants 2 so far]

How do your characters develop and change in Descend​ants 2? 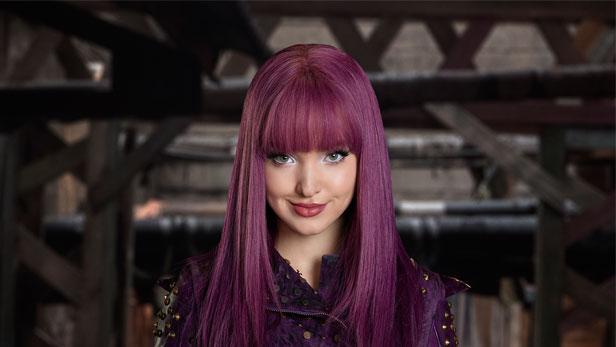 Dove: Just as any adolescent changes when they grow up – only ours just happen to have magic! Mal definitely does a 180 as at the end of the last film she is like "I choose love, you guys!" but she doesn’t know anything about balance yet so she goes from one extreme to the other. And so you basically see her completely crumble and be everything that she wasn’t in the first film and then finds herself towards the end.

Cameron: Everyone grows and there is a character arc in the first movie and in the second movie, but Carlos has his own problems just like Mal.

What are the main differences between you and your characters?

Cameron: For me I think Carlos is very smart, he is very youthful, he likes to have fun – which I also do. The difference is Carlos is at times unsure of himself and he sometimes relies on his siblings for either protection or advice regardless of how smart and computer-savvy he is – you really see Carlos as the youngest but I feel like I'm really 50 years old!

Dove: True! He is one of the wisest people I know!

Cameron: I definitely dish advice out more than I get it. I am definitely more sure of myself than Carlos.

In the movie there is this internal battle for both of your characters. You want to be yourselves but also fit in. Is this something you can relate to from your own, personal experiences?

Dove: I would say that basically summarises my childhood. Being really alone but not being willing to compromise my sense of self that I’ve always had which stopped me from fitting in and kept me pretty lonely. I can relate to that really hard, but I think I find more of my people in this industry.

Cameron: I do think in the movie there is a balance because you know obviously we want to be ourselves but also you do need validation from other people to feel like you fit in and what you’re doing is right. At the end of the first movie they accept us, which I think is the beautiful thing about the movie and the moral – if you stay true to yourself you will find your path and like Dove said find your people.

Is this the key message you hope people will get out of watching Descendants 2?

Dove: Yes, among many others. What is funny is we developed so many characters in the first film and flesh them out in the second one so they all have their own individual lessons. Like Lonnie’s (played by Dianne Doan) story is really beautiful, in terms of female empowerment and fighting sexism.

Cameron: Jay’s goes hand in hand with that: you can be creative and be more inclusive and accept everyone into something regarding of rules and agendas.

Dove: Both of our characters have a similar lesson within them which I guess would be a similarity which is both strength and vulnerability and both of us let our walls down to realise that there is safety on the other side of those walls. Which I think is a big one for me as I actually think vulnerability is strength.

It is so much fun to watch – it must have been so fun to film. Were there any pranks or funny stories that happened on set?

Dove: Honestly, we are all children! We act like actual children! The stuff that makes us laugh and bonds us is like any other group of friends – we are just so bonded. Kenny [director Kenny Ortega] pulled a lot of pranks in Descendants 1 but honestly in the second one we were working so much there just wasn’t time! I wish there was! But the whole time was very lively, definitely a lot of laughter.

What about all the combat scenes, what was tr​aining for that like? 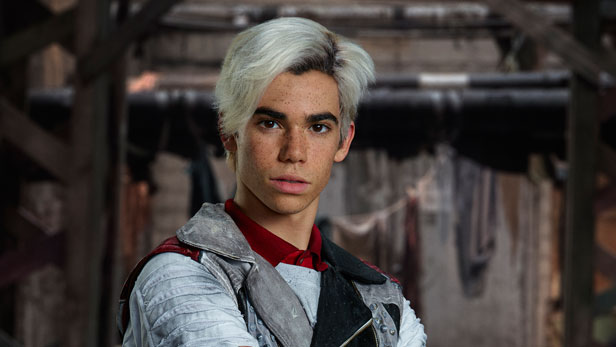 Cameron: That was rough. We thought what we knew what we were getting in for because we’d already done a movie but it was very difficult!

Dove: It was so much harder than the first one!

Cameron: But it was just taxing because we were dancing for so long and right when we stopped dancing it was like OK, now the fight scenes. It wasn’t just the physical aspect, it was also remembering the moves so you don’t poke someone’s eye out! But once you get on set and you know everything and you know the choreography, that’s when it becomes really fun.

Dove: It’s such a good feeling it’s like when you finally start to pick up words in a different language. You’re like "Oh my brain has caught up to itself!" Such a great feeling.

What was it like wearing all of ​the wigs? Do you find yourself wanting to wear wigs off screen?

Cameron: I will never wear a wig if I don’t have to but I will say that honestly it’s not the greatest! They’re hot and stick to your head…

Dove: I totally see how it would suck for a guy but I wore wigs all throughout Liv and Maddie and Mal had a wig in the first one and so I wear wigs in basically everything. But so many people wear wigs in Hollywood much more than others think. So many people thought our hair was really pink, blue and purple and everything else! I don’t mind it: the reason people use wigs is to save time in the chair as it only takes 10 minutes to pop one on!

Do you think there will be a Descendants 3? 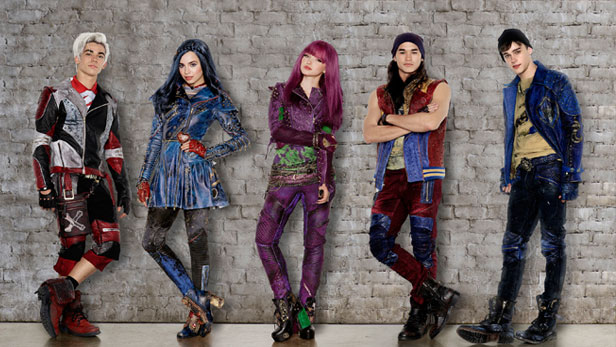 Dove: The cast are very passionate about making sequels because they are just so fun.

Did you have a favourite Disney villain you particularly liked or related to growing up?

Dove: Scar! He was just so cool and so evil – he was awesome! He is the most evil of all of the villains! I would say my top three Disney villains are Scar, Karma and Maleficent.

Cameron: I always felt sympathetic for Jafar - who wouldn’t want to marry Jasmine? 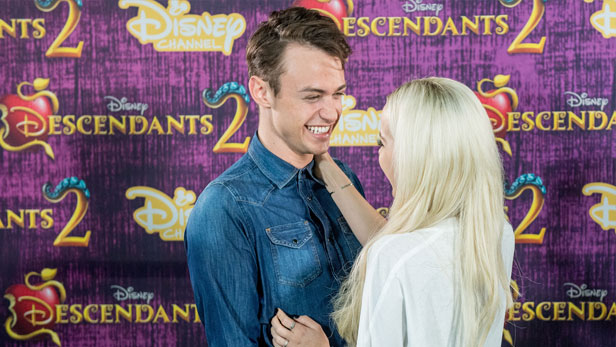 Ahead of this Friday’s premiere of Descendants 2, fans will be able to get an additional dose of magic with Disney Channel UK YouTube hosting both Dove Cameron and Thomas Doherty live.

Live on the Disney Channel UK YouTube from 5pm on Friday October 20, the stars will join hosts, Disney Channel Vloggers Lovevie and Olivia Grace, to discuss the movie, their characters and give fans a sneak peek into life on set. British vloggers Saffron Barker and Anastasia Kingsnorth (Floral Princess) will also be joining the live event, to chat to the cast mates and discuss their favourite moments.