Ed Stafford First Man Out – Wannabe stockbroker to crocodiles in the mangroves: How I Made It

The Discovery Channel star opens up about his life, career and breathtaking new extreme survival series – First Man Out.

"If you go the mangroves, you get out," says Ed Stafford, recalling his trip to Borneo for new Discovery Channel series First Man Out.

Except Ed didn’t get out of the crocodile-infested waters. He camped out. His new show features the adventurer taking on friends and fellow survivalists in extreme races in some of the most dangerous environments on the planet.

From using animal hides to carry water ("I ended up drinking out of the nipples") to battling across the depths of Mongolia and Kazakhstan, Stafford's latest series is his most nail-biting and jaw-dropping yet.

Watch Ed Stafford box sets on the BT Player: Marooned | Into The Unknown

Ahead of his new series, BT TV caught up with Ed to delve deeper into his mindset, life and inspirations to try and discover what really drives a man to take on some of the world’s most incredible and dangerous challenges.

Does a survival expert ever chill out? 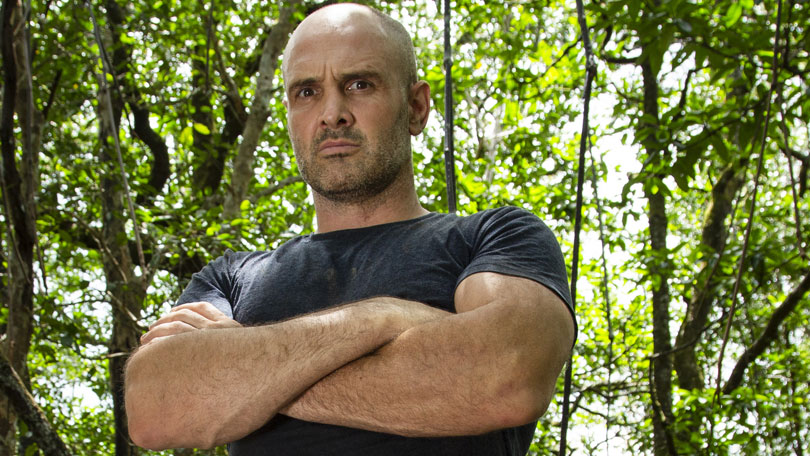 People presume because of what I do, that every single holiday would have to be full of adventure and going up mountains. But I’m lucky enough to have a nice little house in Leicestershire, I love gardening, I love mowing the lawn.

We just had a holiday recently and we went to Ibiza, sat by the pool and I played with my son. When you do my job, the last thing you want to do in your free time is continue being adventurous. It would end up being really boring.

It's far better to go to the pub and have a Guinness. Normal stuff.

You reveal in First Man Out that you were rejected by the Royal Marines – what impact did that have on your life? 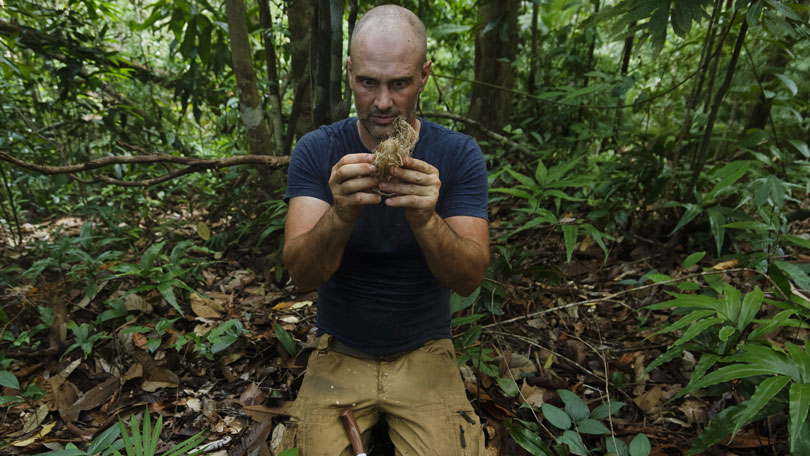 I think it did alter my life massively. When bad things happen at the time, you really wonder, how am I ever going to get over this?

But looking back, if I had got in, I don’t think I’d be anywhere close to where I am now as a result. I joined the army, which at the time felt like second best. I think it gave me a little bit more drive.

I think in life, you need a few setbacks. Anger is not a very politically correct word, but sometimes you need that bite and drive inside you to push to do other things. I don’t think I’d have walked the length of the Amazon if I’d gone into the marines and had a conventional career in the marines.

> Watch Ed Stafford and Discovery Channel shows on the go

Who inspired your career? 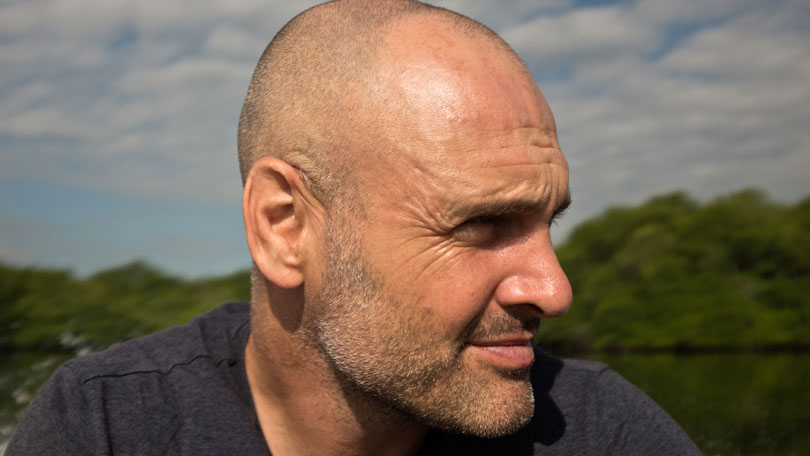 Do you know a man called Bruce Parry? I thought I was going to be a stockbroker, but I couldn’t get a job in the city. So I ended up taking a group of gap year kids on an expedition in a conservation project.

I just thought it was a job to fill in a gap and plug a hole before something else. But one of the guys who was brought in to train me for the trip was Bruce Parry. He showed us how to survive in the jungle, he was a big character, his career was about to take off. I always remember, we had similar backgrounds and he was the model - I believed I could so something similar.

I knew that I had to go and do something so big and so impressive that it would cause people to sit up and take notice. And it kind of worked as I chose to walk the Amazon – before that I was one of many ex-military advisers and after that I was the Amazon guy.

You can't imagine me as a stockbroker? I’m kind of glad it didn't go this way.

What drives someone to become an extreme survivalist? 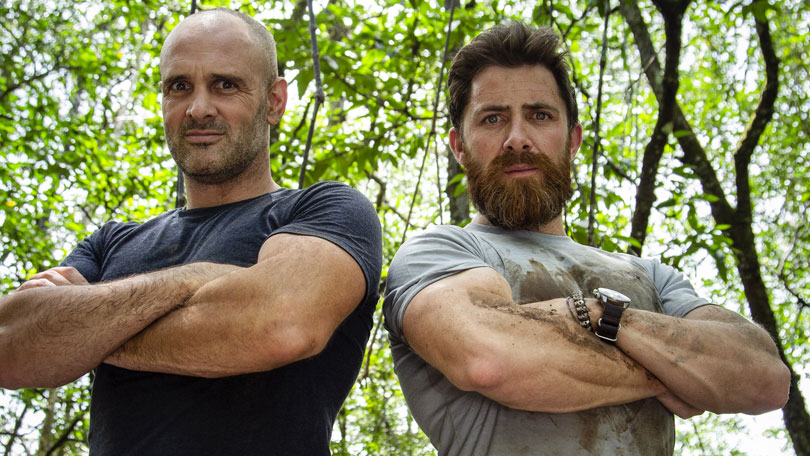 It’s an interesting question. I think if you are emotionally balanced and settled as a human being, you don’t have to go searching. In order to prove myself to myself, I had to do a big expedition. If you want to dig a little deeper, I think there are deep insecurities. I was adopted as a kid, there was definitely an emptiness and I wanted to fill it. There were abandonment issues, I got in trouble as a kid and when I reached my 20s, I wanted to beat my chest and achieve something. It was a young man’s way of dealing with this stuff.

I think a lot of explorers and people who take on extreme challenges will have things that might have happened in their childhood. I think you can see it in a lot of people’s eyes that something has happened in their lives. I think there are character faults in people – you only have to look at the very absolute toughest people, emotionally they’re often trying to escape.

Does having a family change the risks and challenges you take on? 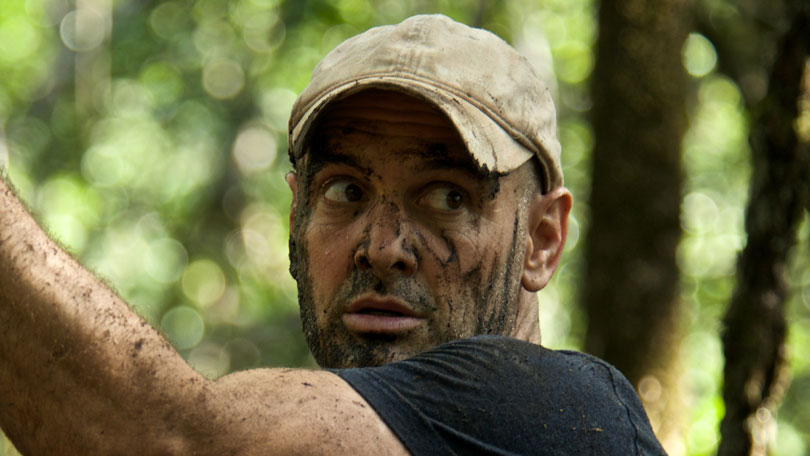 I think it’s all relative really. Would I spend two and a half years walking the Amazon now? No. Would I keep making these adventures for the Discovery Channel? Yes.

It’s a primal instinct to protect your kids. It made me question doing things with risk now that I have things in my life that I care about. I have to fight the urge to batten down the hatches and wrap everything in cotton wool. I owe so much of my life to taking risks. I think if you don’t take things on, you don’t really live do you? You don’t have these stories and these adventures. But it is a fight against natural instinct.

Catch up on episodes you miss on the BT Player.