Flack: Working with Anna Paquin, 'crumbling with laughter' on set and after-work pub trips - Oliver Lansley and Rebecca Benson’s Secrets From the Set

The creator and star of PR drama Flack on W channel talk exclusively to BT TV about what it was like behind-the-scenes on Flack.

Click Play above to watch our exclusive video interview with Oli Lansley, the creator and writer of Flack, and Rebecca Benson, who plays Melody.

A whole year since filming for series 1 took place in and around London, we chatted to some of the cast and crew about their highlights.

Speaking exclusively to BT TV, Oliver Lansley, creator and writer of Flack, and Rebecca Benson, who plays Melody, reveal what Anna Paquin like was to work with, the funniest moments on set and their favourite scenes to shoot. 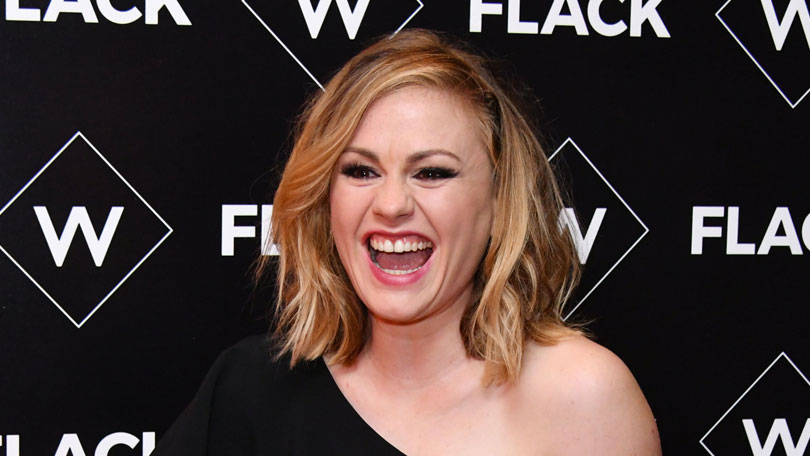 As well as being the show’s leading lady, Oscar-winning Canadian actress Anna Paquin was an executive producer on Flack, working alongside her actor husband Stephen Moyer.

Benson told BT TV that Paquin was “really easy” to work with.

“Anna’s a really good boss, but she’s also really good at pretending that she’s not a boss and just being an actor, and being a colleague, and being in an ensemble with us," she said.

“I loved every second of working with Anna.”

In a previous interview with ITalkTelly.com, Lydia Wilson (Eve), revealed that the True Blood actress had the girls’ backs on set, which in the post-Me Too era is significant.

“Anna is so protective of us. She briefed us before to say ‘If anything or anyone makes you feel uncomfortable, you tell me’ - she was ready to take her gloves off at any moment for us," Wilson said.

'Crumbling with laughter' after takes 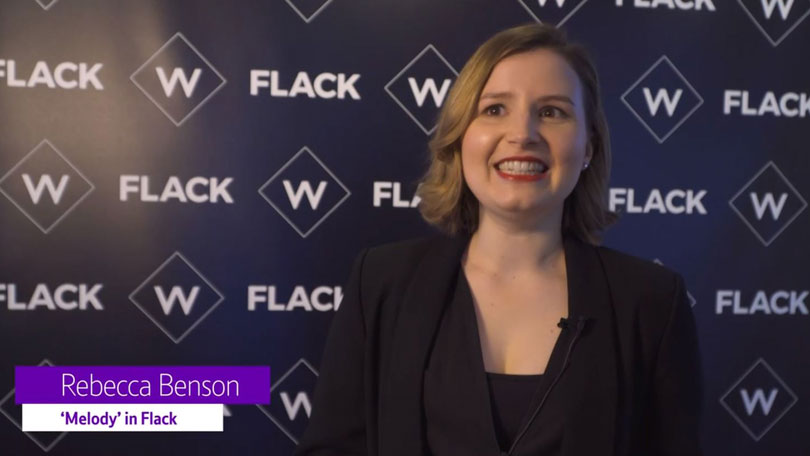 One of the best bits about Flack is how it switches from dramatic moments to something a little lighter in tone, with Eve’s one-liners being a personal favourite.

No wonder life on the set was a lot of fun, with Oli Lansley telling us: “The main group of girls became very close. There were times when you’d find them crumbling into laughter after certain takes.”

Rebecca agreed, saying one day she was absolutely “hysterical” with laughter.

“There was one scene that we filmed and it was Lydia [Wilson] and Anna [Paquin], and Marc Warren," she explained.

“We started corpsing because the scene was really funny, then it just became a day where we started telling each other really silly stories, then we were hysterical and I went home feeling really happy about the world, so that was a good day.”

“I’m sure there’s going to be a gag reel that’s particularly significant.”

The making of Melody 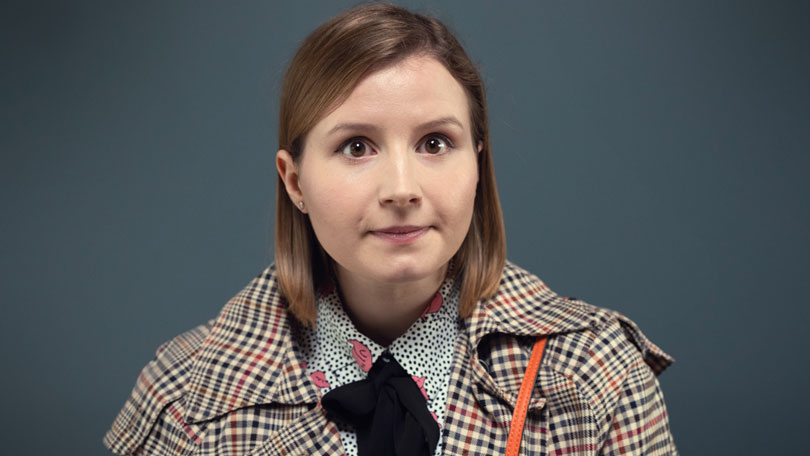 Rebecca Benson has appeared in a number of TV shows including The White Princess and The Crown, but getting the part of Melody in Flack clearly meant a lot to her.

She told BT TV: “When I got the part I literally burst into tears. I was a mess! I was so happy.”

No wonder then that her most memorable scene was the very first one she shot with Paquin and Wilson.

“I liked filming the first time we meet Melody, just because I had read all the scripts before, so I know where she’s going to end up, so it was quite nice to play up how really young and intense the experience of walking into an office like that is. I enjoyed that part.” 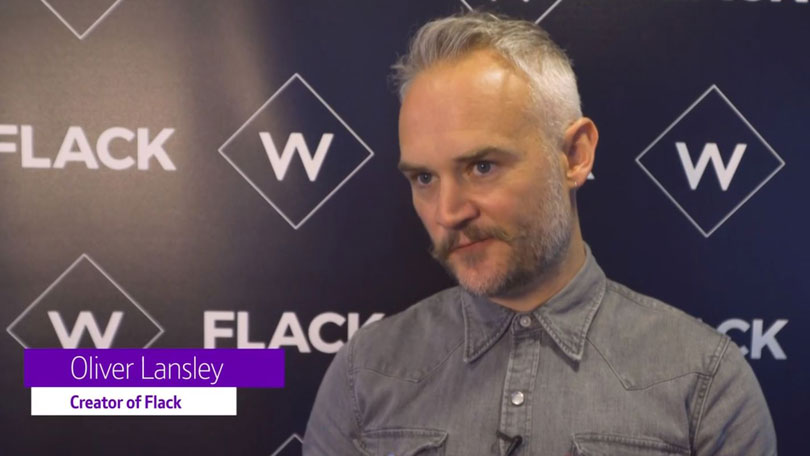 The amount of amazing guest stars in Flack was something of a surprise for Lansley, who couldn’t believe it when everyone from Bradley Whitford to Katherine Kelly said ‘yes’ to appearing in the UKTV Original series.

“Every time we went out and thought somebody would be amazing for one of the guest parts, they turned around and said yes. So that was a really lovely surprise," he admitted.

But one guest star is a little closer to the project than the other actors, as Lansley himself makes a secret appearance at one point!

He reveals to us: “Myself and the producer make a cameo in the fetish club.” 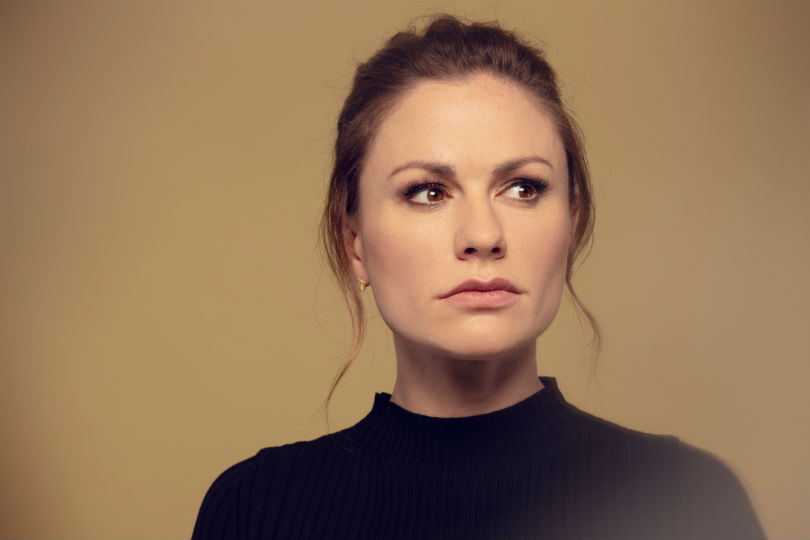 There’s no denying that Flack was an intense shoot, with Anna Paquin herself admitting that the production often led to one-day weekends.

The cast and crew let their hair down with dinner and drinks after filming, with Paquin herself sharing a picture of a few cocktails in a pub in Balham, South London:

Two weeks of #Flack in the can!!! Thank you to our amazing crew who have busted their asses!

As to whether the English crew showed Paquin any London sights, Oli laughed.

“We had a few drinks in a few London spots. Her husband [Stephen Moyer] is English, so she knows them probably as much as I do, so we visited a few spots," he said.

Rebecca added: “We just went over for dinner and stuff. It was nice.”