Inside the Ambulance at Christmas: Paramedics' festive spirit makes for a surprising seasonal hit

The W series follows the West Midlands Ambulance Service during the busiest time of the year and captures the true spirit of Christmas.

If you’re sick of repeats, misery in soapland and the same old Christmas films, there is one seasonal TV series that is guaranteed to reinvigorate your festive spirit – W channel's Inside the Ambulance at Christmas.

The UKTV documentary series will air its seventh series in 2019, but before that there are 10 Christmas specials taking you onto the frontline with the emergency services for the first time over the Christmas period.

W, Eden, Gold and more: What UKTV channels can you get on BT TV > 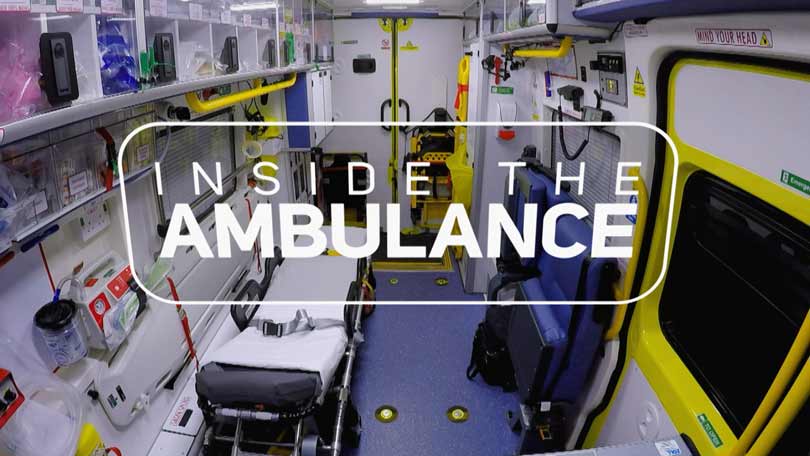 "The Christmas spirit runs high," says the show’s producer Daisy Scalchi, who believes that despite the drama and real-life high stakes, there is no more festive programming than Inside the Ambulance.

"It’s a real window into other people’s lives at a time of year that we all experience. You get to go with them behind people’s doors at Christmas, which I found fascinating.

"Normally you just see your own and nearest and dearest at Christmas. This was a gateway into people’s lives. It was really heartwarming."

Explaining how the festive specials were shot, Daisy explained: "The paramedics worked really, really hard. It’s a super busy time of year and they were sacrificing their own Christmas to work shifts.

"But they all came together as family so no matter what day it was – Christmas Eve, Christmas Day, Boxing Day - they boosted each other.

The impact of Inside the Ambulance has been considerable for the West Midlands Ambulance service with an incredible response to their latest job ad for student paramedics, collecting over 2,000 applications for just 30 places.

"We’ve heard anecdotes from individuals who signed up to train as paramedics off the back of the show,” admits Daisy. “That recognition is really nice."

Her own inspiration for taking the reigns as series producer was her own childhood ambitions to work as a paramedic. 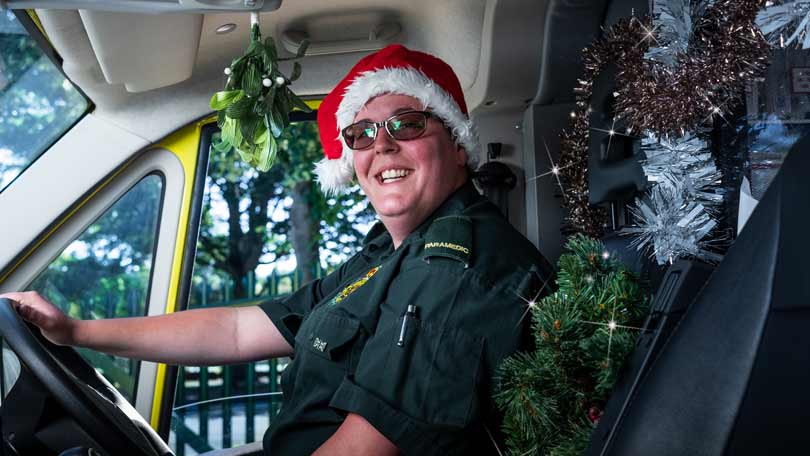 "It would be my other job – the job that I didn’t do. I’ve always been fascinated by everything medical. So when the opportunity came up to work on a programme about paramedics and all that wonderful medical content, I just jumped at it," said Daisy.

"I knew that I would be fascinated by the subject and it also gave me the chance to see if it was something I still might want to do when I really grow up."

She laughs: "There are no real correlations between the jobs. Being a paramedic is considerably harder than making a TV show about being a paramedic. We’re just very privileged visitors into their world.

"They do the important work. I knew that they were amazing, but my admiration and respect for them as human beings has trebled since working on the programme.

"Not only do they have to deal with the people they go to see, the different emergencies, they also have to be positive about it all the time. They can’t have a day where they get annoyed or are grumpy – they are firing on all cylinders, all the time.

"It's a real window into other people's lives at a time of year that we all experience. You get to go behind people's doors at Christmas."

"They might get called to people who aren’t really that ill, they could just be lonely or anxious and they are unfailingly lovely, understanding and polite. They really genuinely seem to care about leaving people in a better state than when they arrived."

The biggest challenge for the Christmas specials was capturing the full festive experience across the episodes.

"In the Christmas episodes, we wanted to bring the whole season and the whole of Christmas Day to life," said Daisy.

"We were lucky with the stories that we got that we could do that and it’s something we’ve never done before on any series."

The magic of Inside the Ambulance comes with the groundbreaking way it’s filmed, using body cameras and cutting-edge techniques to cut out the need for cameramen running alongside the paramedics with tripods and sound equipment.

"The biggest challenge is making sure the tech is working. If the cameras and sound don’t capture everything we don't have a programme.

"To do that we need to use body cameras and that takes a lot of rigging and maintaining to make sure that they stay on and do the best we can to film people’s heads and faces rather than their feet. 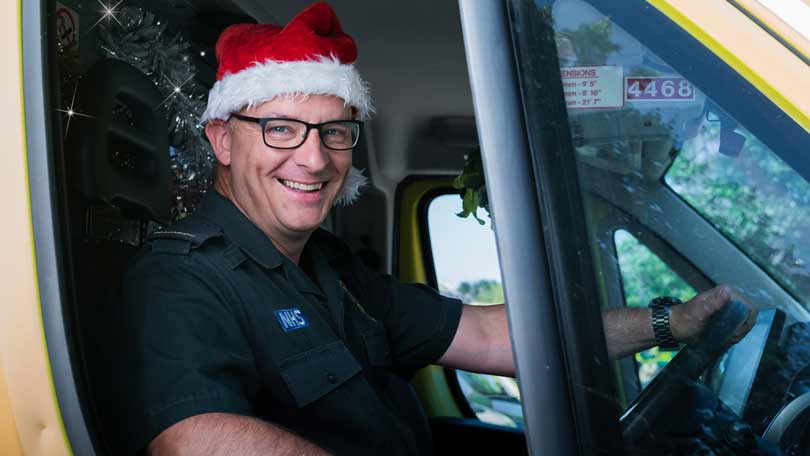 "We have the most amazing team of tech people who know what they’re doing and that’s how we always get that."

Another challenge for Daisy’s team is keeping up with the paramedics."These guys are tireless," she reveals.

"They work four days on, four days off and our crews have to do the same. They are always full of beans and we have to make sure we’re a compliment to them and not a hindrance in any way. Building that relationship isn’t a challenge, but it’s a crucial part of making this series.

Daisy’s primary goal with the series is to address the misconceptions about paramedics, giving viewers a 360 experience of their daily lives and the jaw-dropping work they do every day that goes above and beyond their job descripton.

"The general message I get from other paramedics is that they’re really glad that a show like this exists.

"I hope that it highlights the work they do, the gaps in the NHS that they plug, the social care they fill in for – dealing with people who have mental health issues or are a bit lonely. Paramedics aren’t supposed to do that, it’s not their job, but often they are the first response.

"It’s not all rushing around to cardiac arrests and emergencies, although that does happen. This is a story that doesn’t always get told. 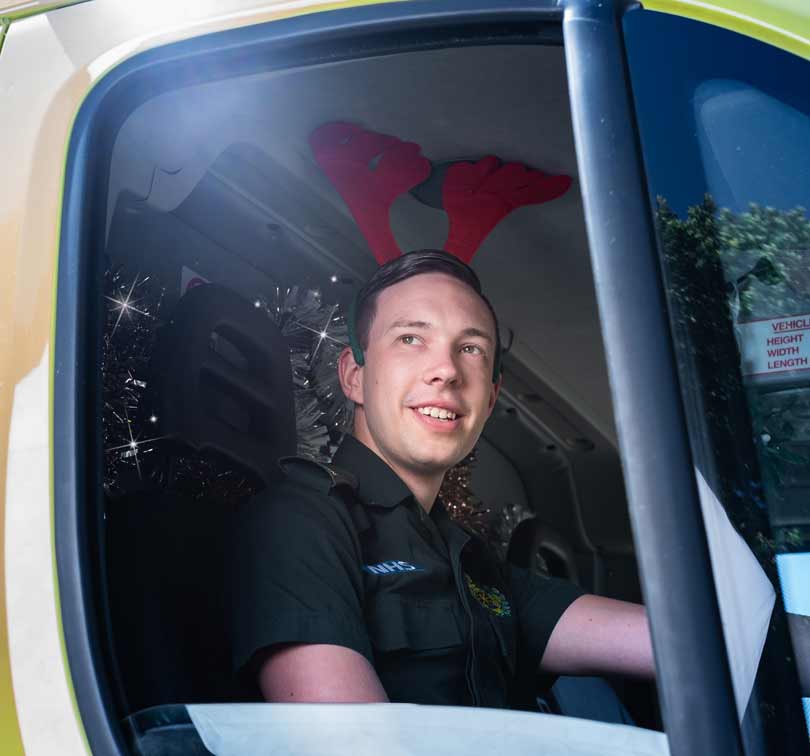 "It's a hugely under pressure job with a huge amount of stress and like you I thought they might be a bit beleaguered or downtrodden, but I have to say, their spirit is unquashable.

"Anyone, even if they love their jobs, has bad days. But they can’t ever let that show. Don’t get me wrong, they do have bad days, but they must really love their work because they never let it show."

And has Daisy given up on her own childhood paramedic dream?

"When I go to chat to the crews, I do still think, 'maybe it’s not too late’. It’s not a dream I’ve parked by any stretch of the imagination,” she teases.

"The problem is I’ve been too busy with the series to think about training as a paramedic as well."

Watch Inside the Ambulance on W – BT TV channel 311 – weeknights at 8pm.

[Read more: The best of BT TV in December]