Into the Blue Hole on Discovery Channel: Why are Richard Branson and Jacques Cousteau’s grandson heading into an epic Belize sinkhole

When is Into the Blue Hole on TV? Who are the presenters and explorers? Everything you need to know about Discovery Channel’s live TV event.

Discovery Live: Into the Blue Hole is an epic two-hour TV event this winter, which will take viewers on an incredible adventure to the bottom of the ancient submerged sink hole off the coast of Belize.

The broadcast will explore a variety of sea-related topics such as how the Blue Hole was created, how technology has evolved since Jacques Cousteau’s first mission, and will delve into the many legends surrounding this unique spot.

What is the Blue Hole?

Located 46 miles off the coast of Belize, the Blue Hole is known around the world for its crystal-clear water and its abundance of sharks and sea life. But this remote spot has only ever been fully explored once – back in 1971 by legendary ocean expert Jacques Cousteau himself.

The Blue Hole has never been mapped or even plotted – and while many speculate what is at the bottom – the exact answer remains unknown.

What is happening on this live TV event? Discovery has brought together a team of the world’s leading explorers who will venture down to its bottom in a fully-manned submersible.

The on-board exploration team will include businessman and philanthropist Sir Richard Branson; explorer Fabien Cousteau, grandson of Jacques Cousteau; and Erika Bergman, the submersible’s pilot. The mission will be the very first time since 1971 that anyone has attempted such a feat. 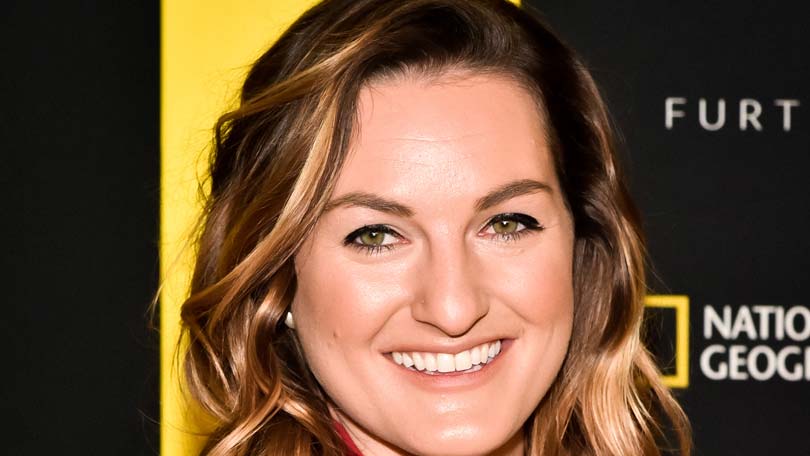 Discovery will pick up from where Cousteau left off – exploring the Blue Hole in real time and attempting to shed light on its many mysteries. The team will also have access to a fully equipped second submersible with additional lighting that will allow them – as well as viewers – to see as much as possible.

“Venturing into the unknown as well as exploring the world with new technology in the name of science and entertainment has always been at the core of Discovery’s DNA. We’re thrilled to be bringing such a major expedition to Discovery,” said Scott Lewers, EVP Multiplatform Programming and Digital Media. 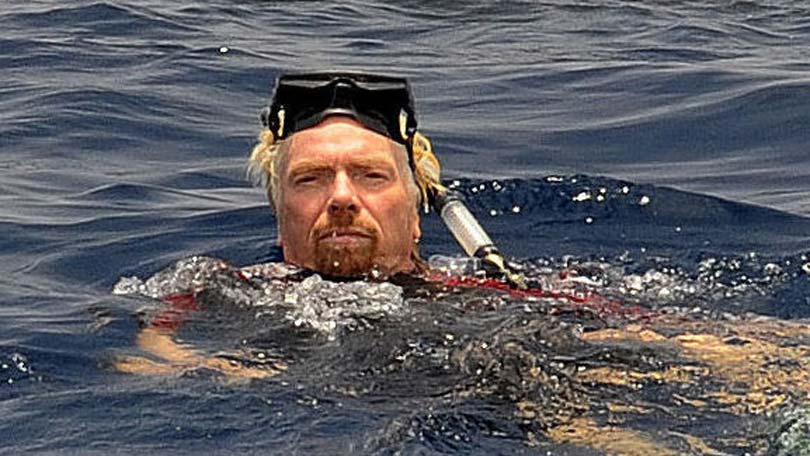 3 reasons to watch Discovery Live: Into the Blue Hole

1. It captures the spirit of Jacques Cousteau

"I'll quote my grandfather: 'If I knew what we were going to find I wouldn't go there'… The essence of exploration is the unknown and going to see whats out there," Fabien Cousteau told BT.com.

"What drives me is my curiosity to find out. Based on findings around Central America and the Meso-American reef there very well could be evidence in the Blue Hole pointing to Mayan culture, new species of sea life, and climate change evidence."

"The most prolific myths circle around sea monsters and aliens. Legends and myths are fascinating and tell us a lot about the human mind," said Fabien.

"That said, many fantastical stories are based on some grain of fact: dragon story based on dinosaur fossils, a unicorn story based on a narwhal tusk, or the kraken based on a squid carcass… The Blue Hole is no exception:  a giant sea serpent god lives there, its a doorway to the underworld, its an alien hideout… These are just some of the legends surrounding the Belize Blue Hole. Either science, or science fiction, we aim to find out exactly whats in there once and for all

3. It's live. Anything could happen

"Live broadcast is a very tricky media. So much technology goes on behind the scenes that require experts to even make it feasible. Add diving into an extreme environment and that just further adds to the challenges," said Fabien.

"The plan is to expect the unexpected… Along those same lines, when we find something unusual while diving the Blue Hole we can cut from topside hosting to the live shots to our Aquatica submersible."

He added: "If it were easy everyone would do it… It took my grandfathers team over a month just to map a viable passage to bring Calypso to the Blue Hole. It is a very difficult and time consuming endeavor as well as requiring rare and expensive equipment."

The broadcast will be hosted by marine biologist Luke Tipple and presenter Chris Jacobs.

Vessels will continue exploring the Blue Hole for two weeks after the dive and track the site. The data collected will help construct real-life models of the Blue Hole’s geographical features to help researchers and scientists from around the world understand how changing sea levels affected its formation and to provide key information about climate change patterns. 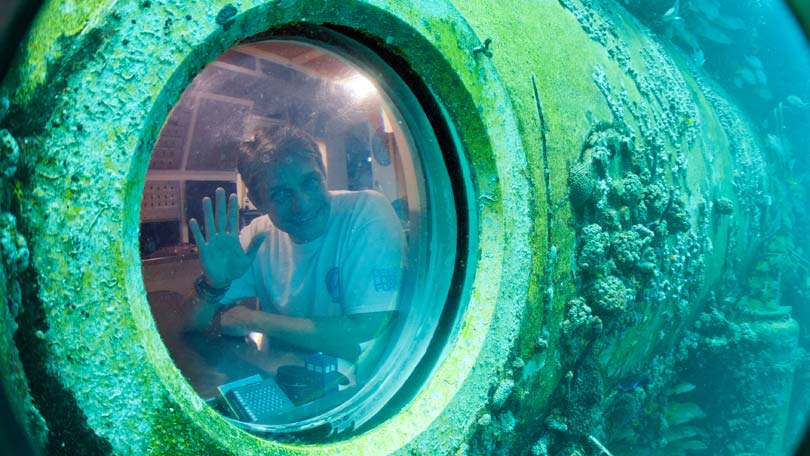 How to watch Discovery Live: Into the Blue Hole?

Discovery Live: Into the Blue Hole premiered on Sunday, December 2 from 9-11pm.

It is repeated on Wednesday, December 5 at 11pm.