Kevin Pietersen: "I'm more proud of this than anything on the cricket field" – 3 reasons to watch Save this Rhino

The England cricket star talks to BT TV about turning down I’m a Celebrity, rhino horn myths and the fight to prevent the animal’s extinction in 2025.

Once Kevin Pietersen gets on a roll talking about rhinos, it’s like rolling back the years and watching him batting for England – it’s very hard to stop him.

“It's not good enough for the human race to be doing what they’re doing."

Rather than dining out on his sporting status as one of England’s greatest ever batsman and the most colourful cricketer of his generation, Kevin Pietersen is swapping smashing sixes for saving rhinos in South Africa's Kruger National Park. 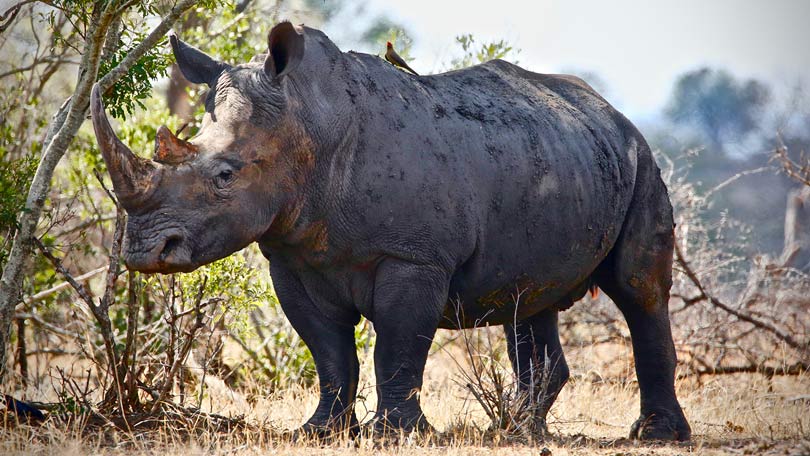 Pietersen has been involved in several conservation projects for a number of years and has set up his own foundation SORAI (Save our Rhinos Africa & India), using his celebrity to shed light on the critical status of the rhinoceros population.

A fierce advocate for urgent action to save the vulnerable animals, the former England cricket captain has teamed up with National Geographic for a two-part series about the courageous men and women fighting the war on the frontline against the constant threat of poachers.

Left severely injured by poachers, Arthur was discovered crying next to his mother's dead body. She was slaughtered for her horn in front of her baby.

Arthur's story and the work of Petronel Nieuwoudt, the founder of Care for Wild Rhino Sanctuary NPC, are the central stories in Save this Rhino. Petronel runs a military operation to defend rhinos from the threat of poaching and shelter orphaned rhinos. She has teamed up with Kevin to amplify the need for a high-tech solution to halt the barbaric savagery threatening the beautiful creature's future.

Got BT TV? Download the BT TV App and watch National Geographic on the go >

Here are three reasons Save this Rhino is a must-watch: 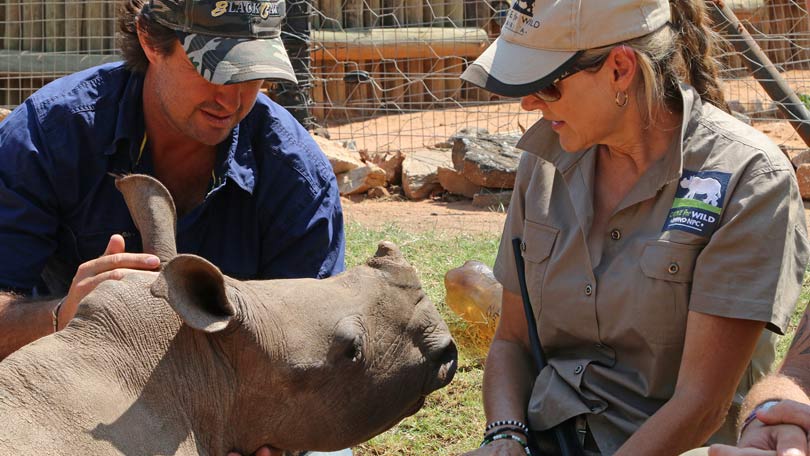 "This is incredibly serious. And the documentary highlights the fact that by 2025, if nothing is done, we’re going to lose a species," explains Kevin.

The deadline of 2025 is horrifyingly close, but the steely sports star refuses to accept that it can’t be moved back or prevented completely.

"What is Africa without one of the big five? It’s not going to happen because Africa just wouldn’t be the same. And all these documentaries you watch, your David Attenborough series, wouldn't be the same.

When asked how viewers in the UK can get involved and make a difference, he points us towards donating to Petronel’s Care for the Wild, donating as little as a dollar or a pound, but more importantly everyone needs to shout about rhinos and spread the message.

"Just keep banging the drum. We can't have rhinos extinct in 2025. The clock is ticking and we can’t have it. Not on our watch. We can’t have them extinct in six years."

Learn more about the Care for Wild Rhino Sanctuary >

2. It presents all sides of the rhino story 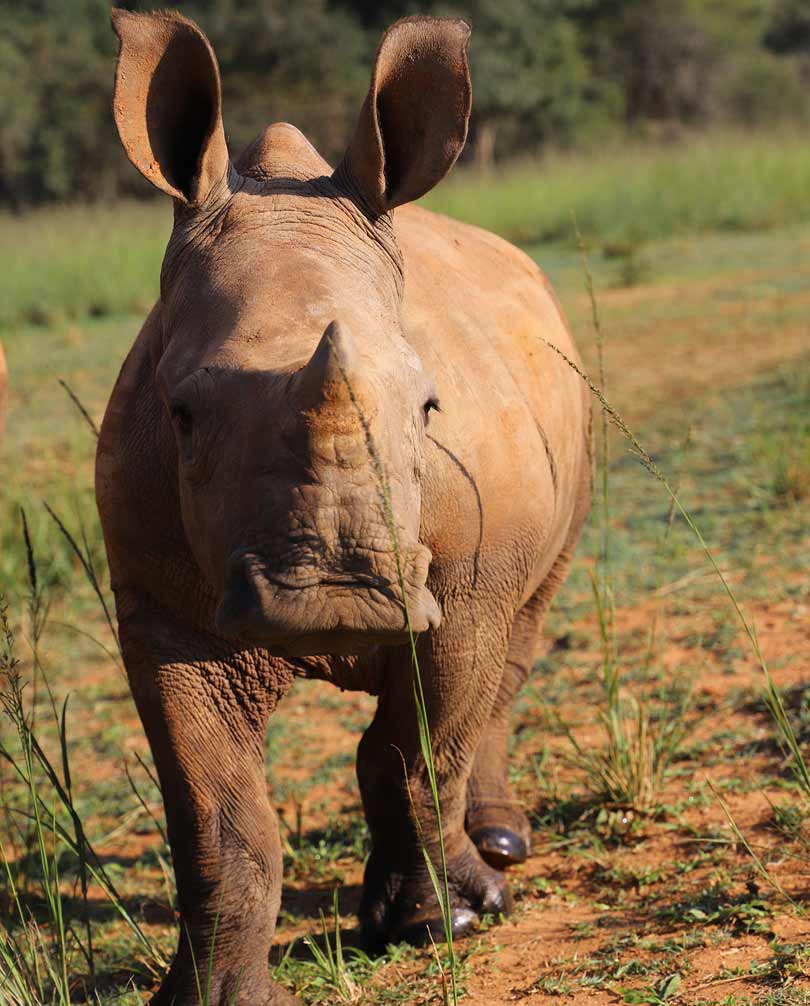 "The poacher could easily be a person like me or you," explains Petronel. "The person driving these crime syndicates is normally a business person, who is manipulating people who are poorer or who doesn't understand where things are going.

"The people on the ground are nearly always someone who is not well educated, caught up in the middle of this situation. The level we can't get to is the business executive.

"We can't solve the situation by getting to the people who have no water, who have no money and who don't understand that the rhino is going."

Despite running her own orphan rhino shelter and witnessing the cold-hearted brutality inflicted on the animal, Petronel keeps an open-mind about the people involved in the violence.

"I've seen with my own eyes, where politicians change things and that costs people a job. What now for these people? They still have a child to feed. They still have bills to pay. They're just a victim," she says.

"It's the people making millions, who are the real criminals."

Pietersen says that myths about the rhino horn ("It's not an aphrodisiac. It doesn’t cure cancer. It’s not a hangover cure") are still prevalent on the ground and the documentary captures all perspectives in the community around Kruger National Park.

And Petronel believes that Kevin’s sporting profile is his greatest asset in the fight for the rhino, arguing that he can bring some clout to the battle with politicians and big business.

"We need to raise awareness and ask businesses, do you want to do deal with another person or business that is killing a species. Or is it just about money for you?" 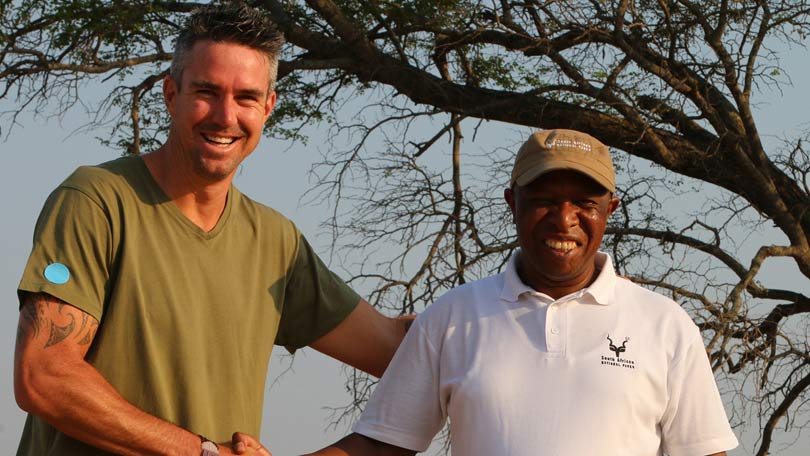 Cricket fans who followed Kevin’s cricket career, which so often grabbed the headlines, were probably expecting to see the explosive batter on the Strictly dancefloor or eating kangaroo testicles in the I’m a Celebrity jungle when he retired from the game.

Surely he must have been tempted by the razzle dazzle of reality TV like many of his former teammates?

"They always ask me to do celebrity jungle and dancing on the freaking ice or whatever it's called. That’s just an absolute no for me," says Kevin.

"This is something I’m totally passionate about. I feel like I can make more of an impact with this and be more proud of this than anything I’ve done on the cricket field.

"This has a global reach and having invested back in Africa, I want my children's children to see what we can see. It's a little bit more important than going into the jungle with a bunch of fricking cameras and trying to be nice to people.

"I want to be with my family in the bush, making a difference."

Laughing at her co-star, Petronel said: "This is why we need Kevin. People really love him and he’s outspoken.

"What I saw was this fierce cricket captain – but he changes his 'glasses'. You see him talking to people and then this softness.The moments where he says, 'this must not happen'. You can see it comes from a place of deep love for Africa and its animals."

New to BT? Get BT TV with National Geographic and over 60 premium channels >