Big Brother to new mothers: Emma Willis catches up with the families we met in Delivering Babies

Emma Willis: Delivering Babies saw the TV host spend 12 weeks on a busy maternity ward. Now she goes on a road trip to meet the babies she helped deliver in a one-off TV special.

She’s known for being the glamorous, at times tough-talking, presenter of Big Brother and The Voice UK.

But Emma Willis, 43, swapped the showbiz life for scrubs as she threw herself head first into working on a busy maternity ward for her 2018 TV show, Delivering Babies.

Emma - who’s mum to Isabelle, nine, Ace, seven, and Trixie, three, with husband Matt Willis, 35 - worked as a Maternity Care Assistant, clearing her diary for 12 weeks to work eight-to-13-hour shifts four times a week alongside the hospital’s army of midwives.

Like fly-on-the-wall documentary One Born Every Minute, Delivering Babies revealed not only the realities of giving birth in a NHS hospital - but also what it’s like to be a midwife in 21st century Britain.

And now, Emma is back for a one-off special, Emma Willis: Meet The Babies. She heads off on a maternity road trip to catch up with the families of the babies she helped deliver during her time in the hospital.

If you missed it first time around, we reveal our 3 reasons to watch Emma Willis: Delivering Babies.

Never miss an episode with BT TV - you can watch W on BT channel number 311, or catch up on the UKTV Play app.

What is Emma Willis: Delivering Babies about? 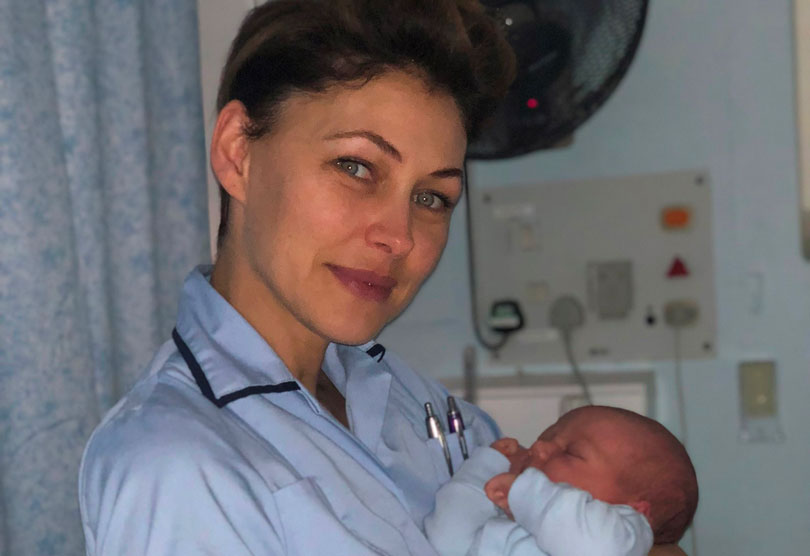 Emma Willis: Delivering Babies sees the model and TV host work as a Maternity Care Assistant, picking up tasks as diverse as weighing the babies, taking blood, offering emotional support to the mums, making the beds and cleaning the delivery room.

She works four shifts a week, day and night, to help the midwifery team deliver babies, discovering first-hand what makes it one of the toughest, but most rewarding careers you can have.

In Emma Willis: Meet The Babies, Emma visits the families she met during filming for Delivering Babies. She catches up with Tara and Lloyd, who after 13 previous losses, suffered a life-threatening cord prolapse during the labour of their baby girl.

Emma also drops by the home of first-time parents Amy and Billy and finds out if the name she suggested for their son made it on the birth certificate.

One-off special Emma Willis: Meet The Babies premieres on W channel on Monday, May 27 at 10pm.

Six-part series Emma Willis: Delivering Babies originally aired on W channel (BT channel number 311 / 383 HD) in October 2018, but you can catch repeats of it on the channel now.

The cameras are there every step of the way as viewers get a glimpse of a wide range of births, including caesareans, home births, water births and giving birth to twins.

One of the highlights of the series for Emma is a calm and peaceful home birth, which she didn’t think she’d be able to witness.

She says: “The home birth, obviously [was a highlight], because I think that was something that I didn’t even have in my head.

“I never thought I’d be lucky enough to make a home birth and we [the crew] did!

“It was the most hands-on that I could really be in any of the deliveries that I’ve been in. So that was a pretty remarkable experience and one I’ll absolutely never forget.” 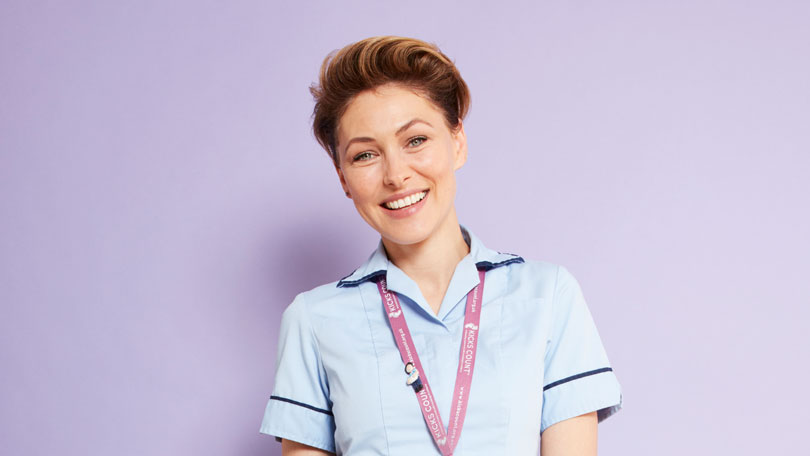 If you’re drawn to the emotion in shows such as One Born Every Minute, you won’t be disappointed with Delivering Babies, as it perfectly combines touching humour with heart-stopping moments.

One minute Emma is sharing a giggle with the expectant mums - the next we're witness a dramatic delivery.

She revealed one particularly difficult moment where she fainted after watching a woman give birth. The moment made Emma feel like she was reliving the traumatic forceps delivery of her own daughter, Isabelle, which left her unable to sit properly for 12 weeks.

Reliving the moment she fell to the floor during filming, Emma says: “One minute I was standing in this operating theatre completely transfixed.

“Next thing I knew, I was coming round, having hit the deck, a row of blue hospital Crocs slowing coming into focus.

“I tried to make excuses afterwards, ‘Ooh, it’s a bit hot in here', but I’m sure it was a deep response to what I’d been through.”

Emma admitted that while she began feeling broody at the start of filming, witnessing the births put her off by the end, and she's happy being a family-of-five.

This is my picture of perfection... ❤️ Happy Father’s Day @mattjwillis love you babe xx

3. An insight into the world of working m​idwives

Like One Born Every Minute, Delivering Babies is at times as much about the women delivering the babies as it is about the expectant mums.

One of the midwives we meet is royal baby obsessive Val, who reveals that when she started working as a Maternity Care Assistant, there were roughly 1,500 births a year.

That number has nearly tripled to a whopping 4,000 births a year.

Cool-headed Val guides Emma through the process of being a maternity care assistant, from cleaning rooms and taking blood to making tea and giving back rubs.

Speaking about her friendship with Val, Emma says: “She’s a phenomenal woman. She’s very funny, firstly, as a person, but also her knowledge and her history is incredible.

“She’s been through a lot. She is a remarkable woman and incredibly strong and somebody who I learnt a hell of a lot from.

“She was really supportive and gave me a kick up the arse if I was stressing about something. She was great and is somebody that I think I will have in my life for a very long time.”

It’s clear Emma made lifelong friends with some of her fellow midwives.

And that is an official wrap at #PAH for #deliveringbabies It has been the most wonderful 10 weeks.... This is just a handful of the sensational people I’ve had the pleasure of working alongside, thank you all so so much for giving me an absolutely incredible experience that I will never forget 👏❤️