Discover films including Avengers Endgame and Bohemian Rhapsody to buy and keep in the BT TV Store at amazing prices.

With Mega Movie Week, you can make every night a movie night, or watch some of your favourite films on the go - at amazing prices.

Treat yourself to some of the latest films for less, available to buy and keep on the BT TV Film Store between Monday, January 20 and Sunday, January 26, 2020.

For one week only, discover films including Avengers Endgame and Bohemian Rhapsody from just £2.99 to buy and watch whenever you want. We round up some of our top movie picks below.

Avengers: Endgame is officially the biggest movie of all time, and a must-watch for Marvel film fans.

The perfect conclusion to an epic 22-film saga, Avengers: Endgame kicks off after the 'snap' at the end of Avengers: Infinity War, with the remaining Avengers taking one final stand against Thanos.

Directed by the Russo brothers and featuring an all-star cast of Marvel acting royalty, it’s a three-hour emotional saga for fans who’ve watched the characters' adventures unfold over the last 10 years.

Bohemian Rhapsody is a foot-stomping celebration of Queen, their music and their extraordinary lead singer Freddie Mercury, who defied stereotypes and shattered convention to become one of the most beloved entertainers on the planet.

From that iconic Live Aid performance to Rami Malek’s jaw-dropping transformation into a rock legend, the film defied expectations with its string of awards nominations, including an Oscar win for its leading man.

The Secret Life of Pets 2

The Secret Life of Pets 2 is the heartwarming sequel to the summer 2016 Illumination blockbuster.

From director Chris Renaud (Dr. Seuss’ The Lorax) and writer Brian Lynch (Minions), The Secret Life of Pets 2 is the perfect family film - whether you’ve got pets or not!

Although the fan favourite characters from the first film are back, it’s the arrival of the new characters - both pet and human - that bring a fresh, new energy to the film.

Spider-Man: Into The Spider-Verse

The Oscar-winning film is the first animated Spider-Man movie to focus on the Marvel Comics character Miles Morales.

Running independently to the Marvel live-action films starring Tom Holland, the film features Shameik Moore in the lead voice role as he tells a unique story of the Spider-Man saga from his perspective.

Bi-racial Brooklyn teen Miles becomes one of the many incarnations of Spider-Man who travel across different dimensions and team up to save New York City from villain Kingpin.

> Buy Spider Man: Into The Spider Verse on the BT TV Store now 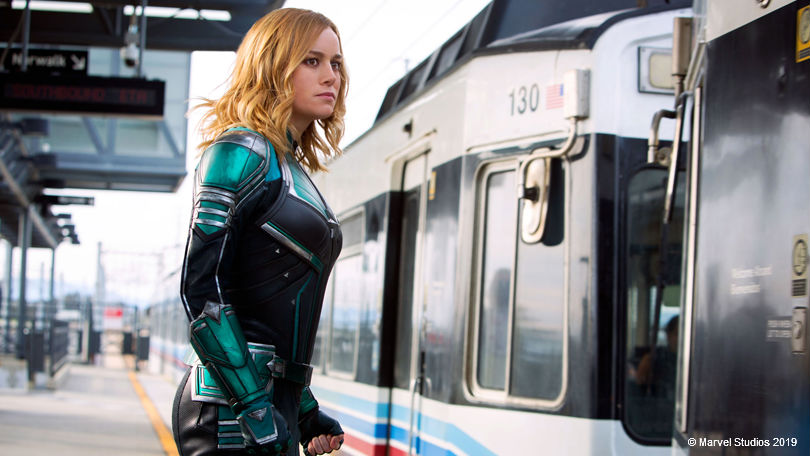 Captain Marvel smashed it at the box office when it was released in cinemas, and now it’s available for you to watch from the comfort of your own sofa for less.

Directed by Anna Boden and Ryan Fleck, with Brie Larson and Samuel L. Jackson in the main roles, Captain Marvel was one of the biggest films of 2019.

Marvel’s first ever female-led superhero movie stars Larson as Carol Danvers/Captain Marvel. She becomes one of the universe's most powerful heroes when Earth is caught in the middle of a galactic war between two alien races.

It couldn't be easier. If you're a BT TV customer, hit the 'BT Player' button on your remote and scroll across the top menu to either 'Film Store' or 'TV Store'.