Season 4 of Total Bellas is back on E! and BT TV got an exclusive interview with the show’s stars, who revealed all about the new episodes, baby plans and wrestling returns.

"I'm running on a rainbow of happiness," Nikki Bella reveals at the start of her interview with BT TV.

2018 was an incredible and tumultuous year for the Bella Twins, but the new series of their E! reality show Total Bellas will capture more happiness than tears.

Watch the Total Bellas season 4 premiere on the BT Player >

As we head into a fresh year of dating, baby rumours and wrestling dramas, BT TV got an exclusive chat with the sisters to pose the questions that fans want answered. 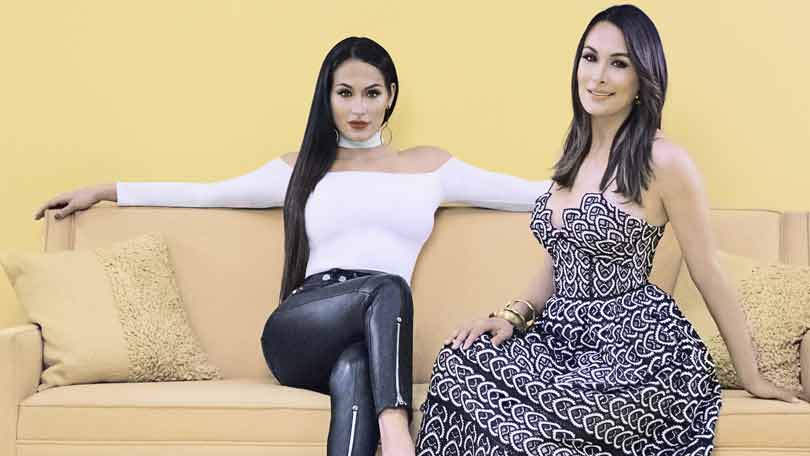 There were a lot of tears in season 3. Are we going to need a bigger box of tissues this year?

Nikki: The first episode is a bit emotional. Brie and I, we give the world everything. We let you into our hearts and lives. You see me doing my official moving out and I had to get a box of tissues to watch it. But after that, it does get a lot more fun, even in the first episode.

When the tears go away, it starts to get fun.

Will we get to see new love interests for Nikki in season 4?

Nikki: Can you imagine going on first dates on TV? It gets very embarrassing for me. When it comes to romance, my guard is so down and I haven’t experienced this sort of thing in over six years.

Brie: More than a few!

Nikki: Whatever! After the first one, I got used to it. But can you imagine doing that? Going on a first date and being filmed? It’s like having a date on a Broadway stage. 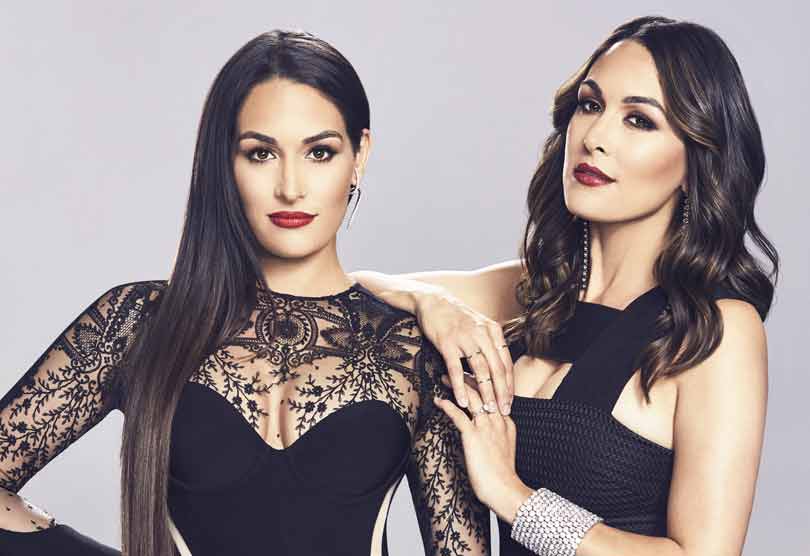 Do you watch the show together?

Brie: Nikki and I definitely like to watch it together because we can scream together and bury our heads into the pillow. I laugh at her, she laughs at me. There are definitely moments where we are blushing.

Any time I go into Brie mode, I’m like, ‘Oh my God!’. And when we watched Nikki on her first date, we were both so embarrassed for her. Its fun to watch it back, but there are definitely times we want to walk out the room and think – ‘Am I really saying this right now?’

Are you going to be planning baby number two this year Brie?

Brie: My husband, he wants us to have a second baby now. Birdie is 1-and-a-half and we do want them to be close in age, so it is on our mind.

But for me, getting back in shape after the pregnancy, it’s a lot to take on. For him, he just gets to do all the fun stuff. Trying to get me a pregnant. But he’s very ready for another baby and that’s definitely on the cards for us in 2019. 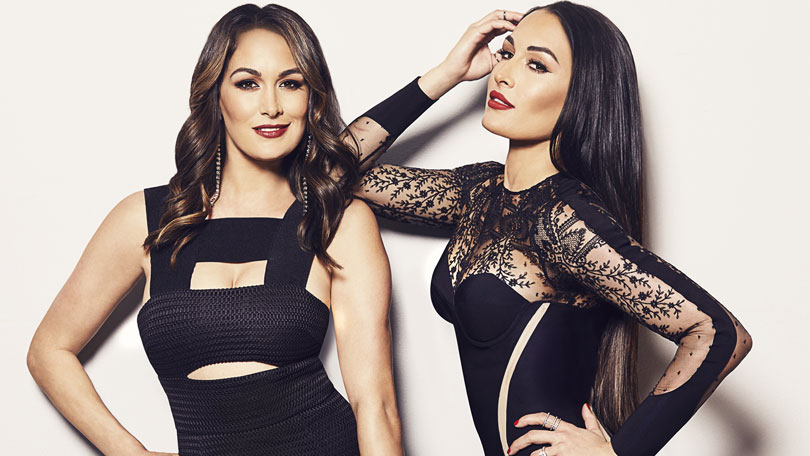 You both made in-ring returns in 2018 – what was your highlight?

Brie: The first Women’s Royal Rumble, that was such a special night. Doing a story with Ronda Rousey, being on her team and working against her.

And a special thing for me was on Smackdown, Maryse and I main-eventing, as two moms. And two moms with babies that are still young. That was really cool for us to have that moment.

We were at the forefront of all these changes for WWE woman and the night that I retired was upsetting - suddenly WWE turned the Divas Championship into the Women’s Championship and I just thought, ‘Really, now I’m having a baby?’ We stood back and watched all those women make history and it was so neat in 2018 to come back and be part of these big moments.

I had a lot of ups and downs with the WWE audience, but it really helped me put things into perspective in my life. I realised that I was spreading myself too thin and that I couldn’t give 110% to everything. It does really make you take a step back and think what do I really want to do with my life and what is just a hobby. 2018 taught us a lot about who we are and how our future needs to look.

Nikki: Brie and I feel like we’re dreaming. Goodness, there have been some tough times and some hard work. But that feeling where you know if you don’t give up and don’t take no for an answer and when you turn negatives into positives – when this is what you get at the end, I’ve had no accomplishment or feeling like that. To be at the forefront of the womens division with so many incredible women is an honour.

You often don’t stop and think about these things, like being part of a Women’s Pay Per View, possibly headlining Wrestlemania or having Women’s Tag Titles. But when you do stop, it’s just so emotional to finally be equal. To be looked at, not as a man or woman, but as a WWE Superstar.

What advice would you give to young fans who want to follow in your footsteps and become wrestlers?

Nikki: The one thing I would tell them is to live life with no regrets. There’s nothing more fun than to sit down and create these characters in your head, whether you want to be a good guy or bad guy. There are so many different wrestling schools around the world now, so there are opportunities. But there will be moments when you think, 'I didn’t expect it to be this tough'.

Professional wrestling is such a high standard now and I know everyone just says it’s fake, but it’s not, you are really putting your body on the line in the name of entertainment. The key is not to give up. The women on the main roster today, they didn’t give up. They kept pushing through. Eventually your dreams do come true.

Brie: Nikki and I, we always kept our heads high and kept working really hard. Now we're part of a Women's Division that created history and will be remembered forever. 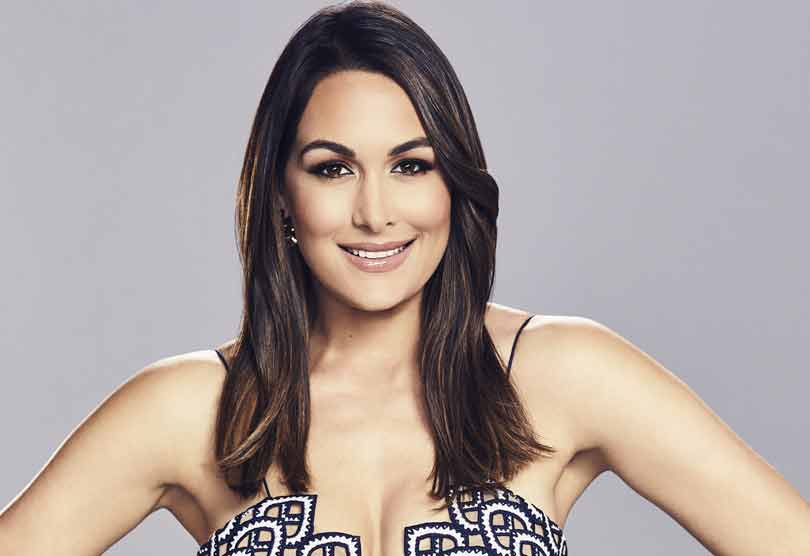 How thrilled were you to see the addition of a Women’s Tag Team title and will you be competing for it?

Brie: Nikki and I were mind-blown. We were always a tag team and it was hard in our early career because people would say, ‘you guys are a tag team, but there are no other tags?’ It was not even thought of.

So to finally see it come to life and see so many tag teams in the women’s division, we are rooting for it. Do we thing the tag titles would look amazing on the Bella Twins? 100%. We are the number one tag team out there. We’ve been together since the womb, we’ve been a tag team are whole lives. We’ve never had any break-ups. There were a couple of little hiccups when she partnered with Stephanie McMahon, but apart from that.

So when Bryan is talking about having baby number two, I’ve just been saying, 'Yeah, but you know those Women’s Tag Team titles look pretty good'.

E! is one of 60 premium channels available on BT TV along with other channels such Universal TV, Syfy and many more.