7 Questions with… Ransom's Luke Roberts: 'Eric Beaumont is in a state of guilt. Remorse, penitence, regret and self-doubt'

We catch up with the British actor, who leads the cast of the gripping crisis and hostage drama on Universal TV.

Ransom is back for season 3 on Universal TV (BT TV channel 320/385 HD) and the latest episodes of the nail-biting hostage and crisis drama are going to be the most tense and gripping yet.

British actor Luke Roberts (Band of Brothers, Black Sails) plays elite hostage negotiator Eric Beaumont, the leader of a Crisis Resolution team who take on the most dangerous criminals in the world at a dangerous game of psychological manipulation.

The climax of season 2 saw Eric break his code of ethics and contribute to the demise of his nemesis Damian Delaine (Carlo Rota). The death of his enemy has left Eric wracked with guilt and on the verge of cracking, filled with self-doubt about his philosophy of never resorting to violence.

[Read more: All you need to know about new Universal TV drama Departure]

BT TV caught up with Luke to talk about Eric’s mental state at the start of season 3, his own manipulation skills and Ransom's take on issues facing the world in 2019.

1. What state is Eric in after the end of season 2? 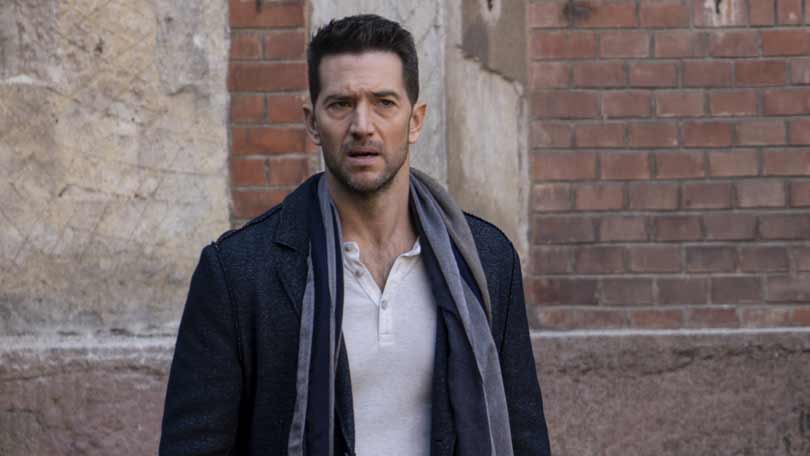 "We pick up six months after the end of season 2. But we saw at the end of season 2, him pretty much authorising the death of Damian Delaine. Which is contrary entirely to what he is – he’s a non-violent negotiator and yet here he is getting a mob boss to kill off his arch-nemesis.

"He's in a quandary. He's in a state of guilt and remorse and penitence and regret and self-doubt. He feels inadequate for the job of leading his team. That's where we find him.

"There is the pressure of the next job that comes in requiring his unique set of skills and we find him really torn at the beginning."

2. Have his non-violence principles gone for good?

I don't think he’s a changed man. He still believes in his principles. But his self-belief is shaken. He is more vulnerable.

He does have the best in the business supporting him. Those relationships are there for him. But they’re also having to adjust for the changes that he’s dealing with and we’re entering a new world with this season.

3. Is it more exciting playing a slightly broken leading man?

4. And is there going to be a new love interest for Eric this year?

It evolves this season and I begin a romantic relationship with a colleague from the FBI, Kate Barrett (Natalie Brown). That has been really interesting to play.

We did have the relationship with my wife played by Emma de Caunes before, but that relationship was always really strained. So to have a new person on the block, a new dynamic, that has created a whole new world of storylines.

5. How much time have you spent speaking with the real life negotiators that the show is based on? 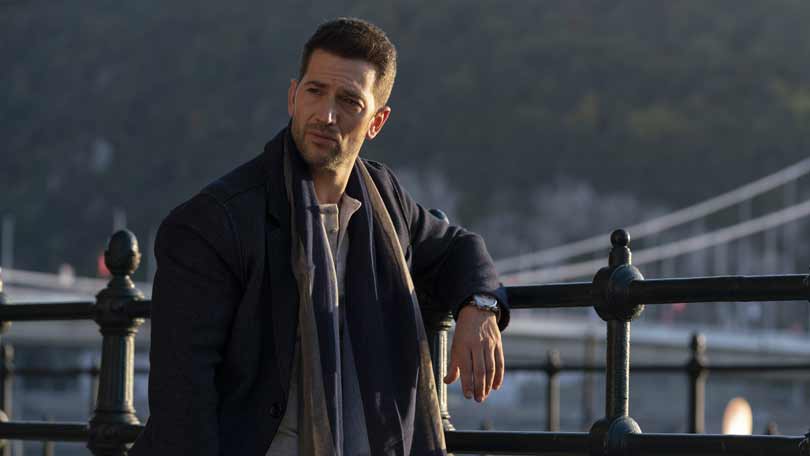 I am learning all the time. I ask questions all the time. I'm lucky to be able to call up the guys who inspired these stories and really did these negotiations for a living.

I can call them and ask, is this really what would happen? And they will normally say, ‘yes, that’s the only technique available to you at this point’. It presses things homes to me.

A lot of this work is private negotiations and there are thousands and thousands of them each year.

By its very nature, these things have to be settled quietly. And the perpetrator often gets away. Crime pays. But of course, the point at the end is to bring home the victim of this awful crime.

6. And have you got better at negotiators? Are you good at getting freebies and bartering now?

I think I am getting marginally better at it. I’m seeing the veil slip away and realising that in a lot of relationships in life, we’re all employing, possibly subconsciously, negotiation tactics and strategies. We do it all the time. Life is a negotiation – that should be our tag line!

I'm increasingly aware of what people are doing. It’s that idea of a shop having a sale, the day after they inflated their prices. It’s such an old trick, but we all do that in our own lives. If someone performs an act of kindness for you, you are obliged to do something kind for them when they ask. It’s a funny little thing, but I notice it all the time now. When I argue with people I see the techniques they’re using and it makes me more angry, because I know what they’re doing.

But I’m only marginally better at it. I’d still get my agent to negotiate my contract and anything more serious, I’d get in the real deal.

7. What real world events does the show cover in season 3? 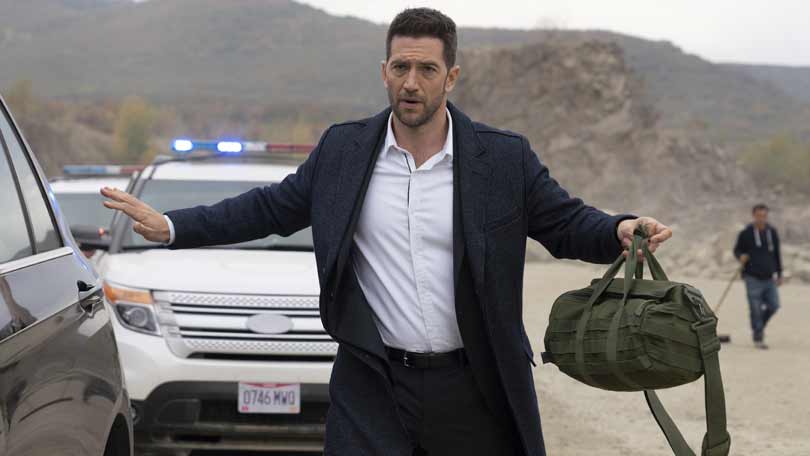 The second episode, deals with an internet phenomenon, where people are playing a game that ends in suicide. That goes in very tricky area.

A lot of these stories are inspired by real life scenarios. I hope that we handle them with care. We have been quite brave in this show, dealing with tricky topics.

I hope I’m not going out on a limb here, but I think the diversity of our cast helps us deal with a lot of the issues facing the world right now. We are very conscious of race relations and things like that and we do touch upon that. I’m always very impressed with how everyone on the show touches on that with care and diligence. We deal with racial tensions and it would be remiss of us not to do that on this show.

If this show has a message it’s that our best hope is peaceful negotiations and trading with other people. The best scenarios is always where two people come together with opposing ideas and then they come together and create a third idea. 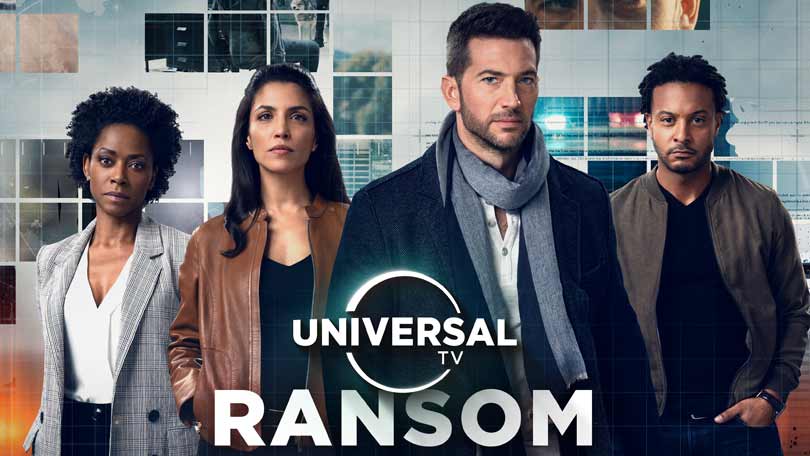 Ransom follows crisis and hostage negotiator Eric Beaumont and his Crisis Resolution team who work to balance the demands of their personal lives with their careers as negotiators who handle high-pressure kidnappings and hostage situations.
Eric uses his insights into human behaviour to resolve the most difficult kidnap and ransom cases.  Despite the stakes, Eric refuses to resort to violence, even when confronted by some of the most dangerous criminals in the world.

While Eric’s considerable powers of manipulation make him the best at what he does professionally, they often complicated his relationships with family, friends, and colleagues.

His team consists of pysch-profiler Oliver Yates, ex-cop Zara Hallam and the newest member of the team, Cynthia Walker.
Ransom is based on the experiences of real-life crisis negotiator Laurent Combalbert and his partner, Marwan Mery.

How to watch Ransom on BT TV

Download the BT TV App and watch Universal TV shows on the go.

You can also catch up on episodes you miss on the BT Player.