7 Questions With... Siren star Eline Powell: 'We get questions from marine biologists - they're really into the show'

The first series made a splash with its story of young mermaid Ryn (Eline Powell), who came ashore searching for her sister, who had been accidentally captured by a group of fisherman.

Fans were enchanted by the battle between the mysterious and magical creatures of the sea and the humans and fell head-over-heels for the love triangle between Ryn, marine biologist Ben (Alex Roe) and his girlfriend Maddie (Fola Evans-Akingbola) 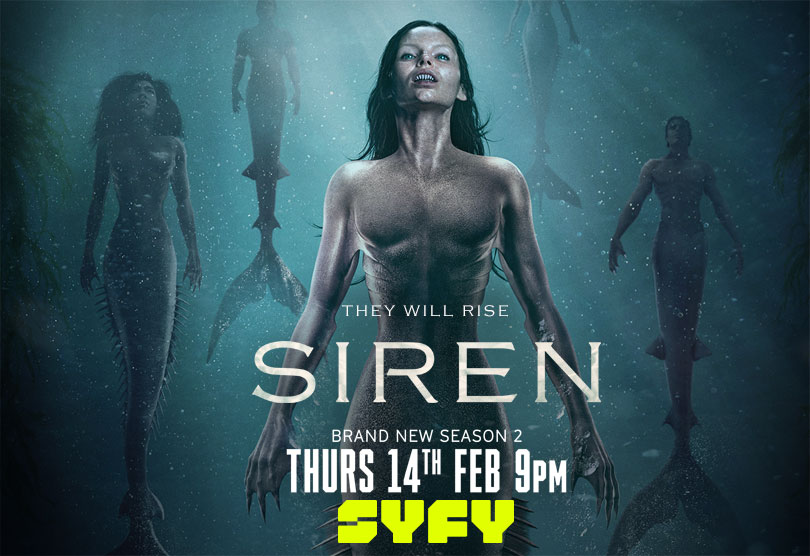 1. What are you allowed to tell us about the second series of Siren?

There are more mermaids and more underwater scenes. If I was a fan I think that would be quite cool.

I can also say that Maddie's mother is coming back into her life and that has an incredible storyline. 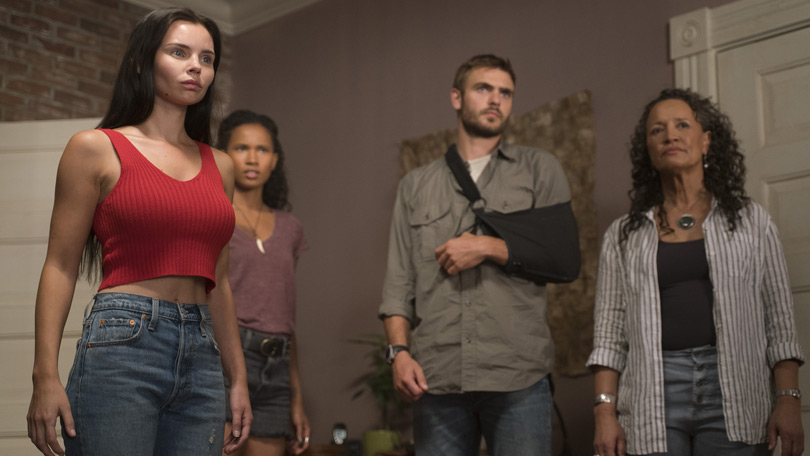 We have a few new characters, mermaids coming on land because of a man-made threat. And if you think how topsy-turvy things got with just two mermaids, imagine what it will be like with seven. It’s going to be one hell of a ride.

Ryn will also struggle between her mermaid side and human side. That struggle will be put to the test.

2. How difficult are the underwater scenes to film?

My eyes might be burning from the chlorine, my hair might be turning blonde, but it’s wonderful. It’s meditative, it’s other-worldly. This is the dream for me. I say to the writers, forget about the land.

The best I can do is three minutes 16 seconds underwater. That is static. That’s just letting the water flow over you. It’s much shorter if you are doing take after take, swimming and moving around. If you’re doing that, the best you can is 30-40 seconds. But I promise you, it would be possible for anyone to do that if they had the incredible training that I received.

3. Why do you think mermaids are becoming so popular again in popular culture?

I don't think Siren can take all the credit for that, but we’ve been part of it. I remember when we were shooting the pilot, reading news articles about things like mermaid classes and making your own tail. These things were happening and then Siren collided with that movement and we’ve come together and are giving a little something back.

Humanity has had a fascination with this mythical creature for a very long time. It offers a link to a world on this planet that we know so little of, understand so little of and it’s proven by the way we treat it – we take, take, take. Mermaids represent a halfway point with that world and a freedom. 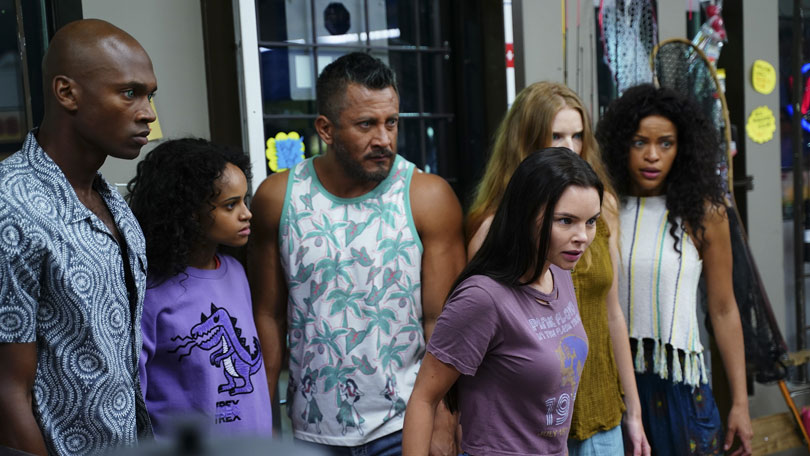 They are part of something quite magical and also very dangerous.

I think we're craving to understand more, to fight for it and treat it in the right way because of everything we see that's happening. Mermaids represent a world, we can't cherish enough or respect enough.

4. How much fun did you have meeting Siren fans at Comic Con?

I could go on for hours about that. The fan art – we are attracting the best artists. Every day I see incredible, amazing new work. Obviously the fantasy genre inspires people – but all our fans can draw amazingly.

At Comic Con I saw the most gorgeous mermaid outfits. They weren't always Siren mermaids, but they were beautiful, incredibly skilled and they had the most fantastic make-up. 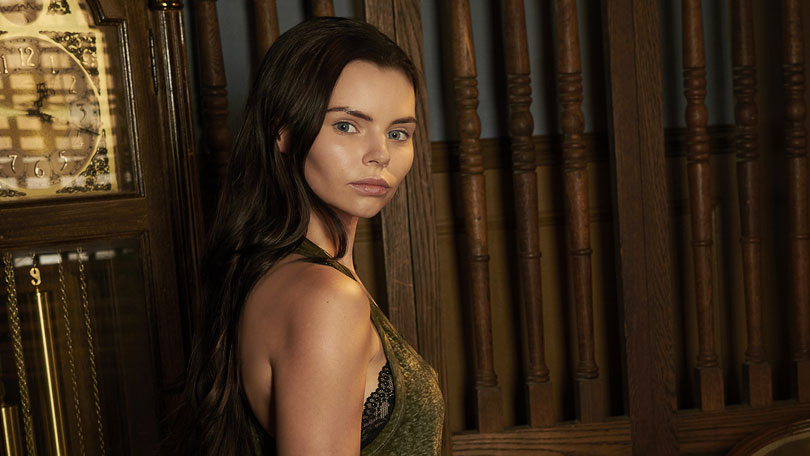 One of the most surprising things at events like Comic Con is when we get questions from the floor from marine biologists.

They're really into the show and I find that exciting. It's cool that someone from that world could find this show interesting.

5. Please tell us that Ryn, Ben and Maddie aren’t going to stay apart in the second series?

They are undergoing a journey together and that does continue in series 2. There are so many questions.

How much of it is the song with Ben and what is it doing for him? Does Maddie really have feelings for Ryn? 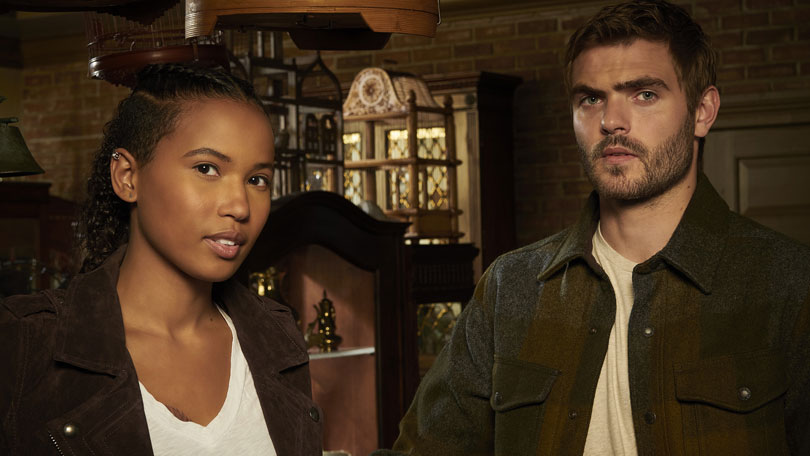 You will absolutely see that relationship explored. The fans are really interesting. Some people are really for one couple, some are for another. They all work individually, but at the beginning of the season I don't think they know exactly how they feel or where this is heading.

6. Do the cast discuss their own feelings about how the relationship with the trio should be explored?

We are very close. We are very tight. I don't want to say a trio because that implies more than friendship, but we are like a trio on set.

We have real trust in the writers. Whatever we get given, we always discuss how we feel about it. We’re going on this journey too. This is a situation that none have us ever been in – or not that they’ve shared with me, ha - so we try to relate it to our teenage life. 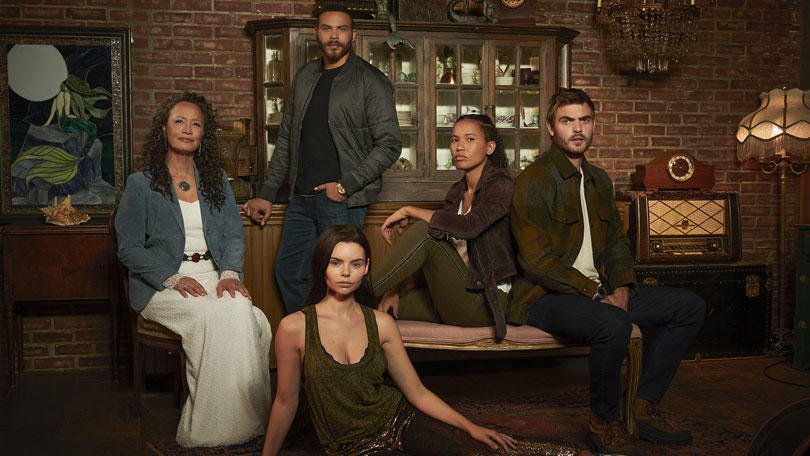 That feeling when you’re not sure whether you’re attracted to someone, whether you like someone, feeling lust, wondering whether you are in a relationship now.

Even in an extreme situation with mermaids, there are still very human and universal feelings in the show that we all go through. That confusion and sense of overwhelming.  We can all relate to crushes and love. We do talk about that.

7. Please tell us there's going to be a season 3

I'm always a bit too honest. The great answer would be to say that I want to be challenged as an actor and take on lots of different roles. But I really like what we do. I would be really happy to keep investing in what we do.

I really love Ryn. I would like to see how far I could go with her. When it does come time for the show to end, I will be excited to try new things, but right now I’m very excited about this show we've created. 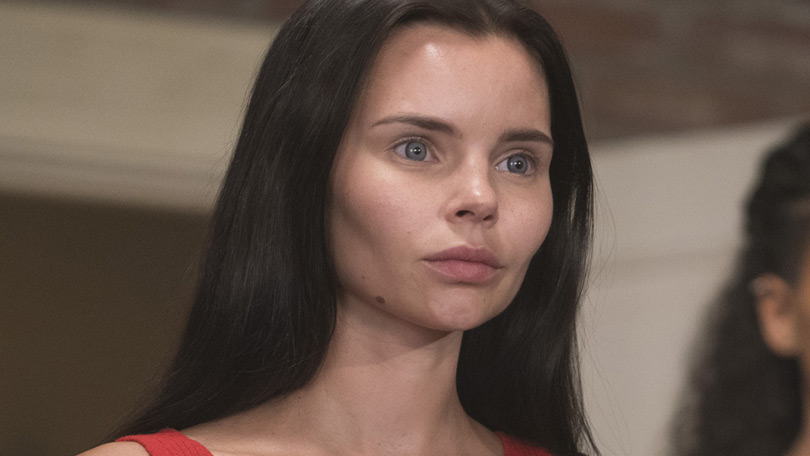 I will be extremely thrilled to shoot some more – even if it’s just so that I can shoot underwater again. That’s me, I love swimming.