Spider-Man: Far From Home - From its European setting to its trademark Spidey humour - Why to watch the billion-dollar final film in MCU’s Phase 3

We reveal the best bits about the movie, fascinating facts you didn’t know and Easter eggs you didn’t spot, who voices the characters, and more, as it's released in the BT TV Film Store.

Spider-Man: Far From Home grossed over $1.1 billion worldwide when it launched in cinemas earlier this year, making it the first Spider-Man film to pass the billion-dollar mark.

The sequel to Spider-Man: Homecoming, which is now available on BT Store, is the 23rd film in the Marvel Cinematic Universe (MCU) - and officially the end of Phase Three.

Directed by Jon Watts, Far From Home follows Spider-Man (Peter Parker) as he joins his best friends Ned and MJ on a summer European vacation.

There’s plenty to enjoy about Spider Man: Far From Home, from its trademark Spidey humour to its unique European setting.

We reveal the best bits about the movie, fascinating facts you didn’t know and Easter eggs you didn’t spot, who voices the characters, and more, as it's released in the BT TV Film Store.

> Spider-Man: Far From Home is available to buy on BT TV and watch on your TV box from Friday, October 25, and to rent from Monday, November 11

From Tom Holland to Jake Gyllenhaal - cast in a nutshell 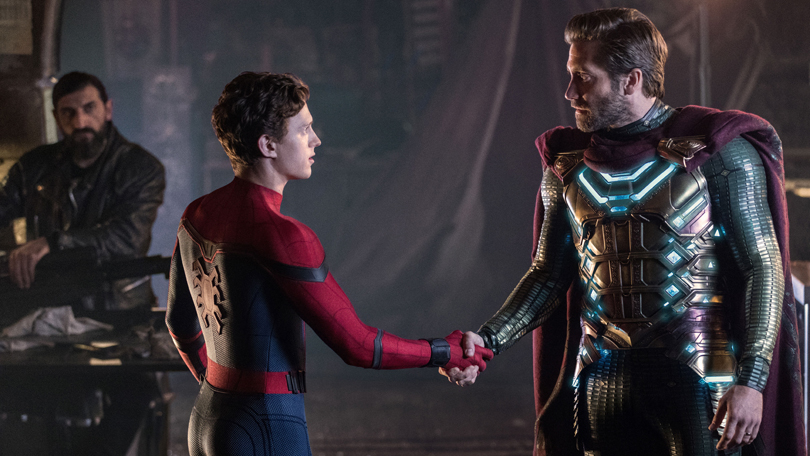 Samuel L. Jackson is back as Nick Fury, joined by Cobie Smulders as Maria Hill, Jon Favreau as Happy Hogan, Marisa Tomei as Peter's aunt, May Parker, J. B. Smoove as Mr Dell, and Martin Starr as Mr Harrington. 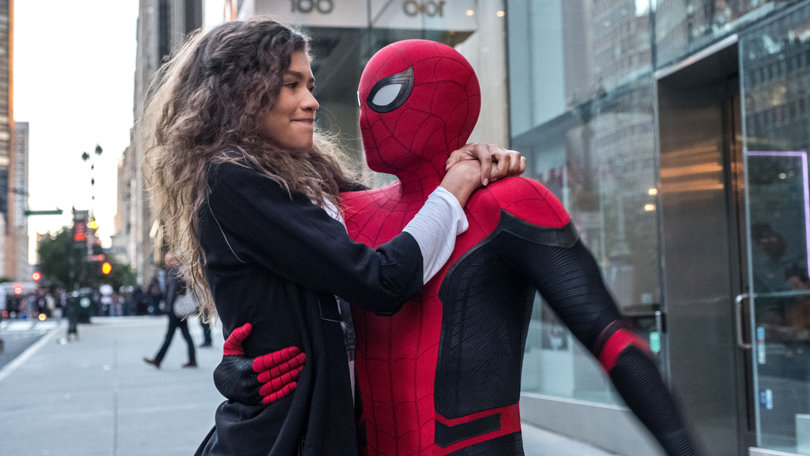 1. It’s the final film in Phase Three of the MCU

Initially, Avengers: Endgame was planned to be the end of Marvel’s Phase Three continuation of films, but Spider-Man: Far From Home is officially the end of Phase Three.

This means Far From Home officially the end of a 23-film saga which started with Phase One back in 2008 with Iron Man.

We won't spoil it for you by explaining that decision, but we will say that it's probably wise to watch Avengers: Endgame before you watch Far From Home - as the events in Endgame set up what happens in this movie.

As for Marvel’s Phase Four plan - which was revealed at Comic-Con 2019 - it includes a Black Widow origin movie, a Doctor Strange sequel, and a newly announced Spider-Man: Far From Home sequel!

2. It’s one of the few Marvel films set in Europe

While there have been many Marvel films that have been shot in Europe - it’s very rare for them to be actually set on the continent.

But Far From Home expands the Spider-Man film universe, taking Peter out of his comfort zone and his home in Queens, New York City, and hurling him across Europe during what was supposed to be a school holiday.

And they filmed in those European locations, too, with filming kicking off in July 2018. Holland and co. shot all across Europe, namely London in England, Prague in the Czech Republic, and Venice in Italy.

In Venice, you’ll recognise the Grand Canal, the Rialto Bridge, the Piazza, the bell tower and the magnificent Baroque Basilica San Marco, according to movie-locations.com.

Travelling north to the Czech capital of Prague, the gang arrive just in time for the city’s annual Festival of Lights - thought to be based on the real Signal Festival of light and art in the city.

They enjoy a night at the opera, visiting the Vinohrady Theatre, Prague, and they also film on the famous Charles Bridge which crosses the Vltava River.

In London - which also doubled up for scenes set in Berlin and the Netherlands - they arrive at the Eurostar terminal, before filming on and beside the capital’s Tower Bridge, the Shard, and the Tower of London, reports movie-locations.com.

3. It’s got that trademark Spidey humour

After the emotional rollercoaster that was Avengers: Endgame - which we reckoned was the most emotional Marvel film to date - it’s nice to watch a little more lighthearted Marvel movie.

Spider-Man has always been known to bring the funny throughout the previous Marvel films - often in a loving, self-deprecating way, like he can’t quite believe he’s a Real Life Superhero.

This, along with Parker’s banter between his best friends MJ and Ned, and his desperation to ask out the former on a date, bring a lot of the humour to the Homecoming sequel.

Ben Travis from Empire says the film has “heaps of humour [and] energetic action,” while Lakshana N Palat from India Today calls the film a “light and breezy watch”.

Ann Hornaday from The Washington Post agrees that the “teasing banter and peer-group dynamics” are some of the best parts of the “playful” film - especially when coupled with the life-or-death stakes thanks to Peter’s still-kinda-secret identity as Spider-Man.

Let’s just say that unlike the weep-fest that was Avengers: Endgame, you don’t need to bring the tissues this time!

How to buy Spider-Man: Far From Home and watch on your TV box 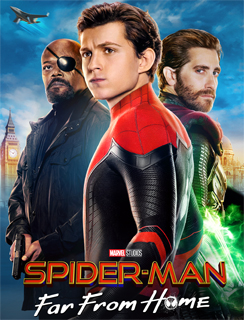 3. Click to buy Spider-Man: Far From Home and watch on your TV box from Friday, October 25

Spider-Man: Far From Home trivia and Easter eggs - Did you know...

1. Trying to avoid summer superhero shenanigans, Peter asks Nick Fury why the other Avengers can't save the world instead of him. Fury says that Thor is off-world - a nod to the God of Thunder's whereabouts after the events of Avengers: Endgame.

2. Look closely at Peter's in-flight entertainment - his movie choices include The Snap, Finding Wakanda and Hunting Hydra - all Easter eggs for other Marvel characters and movies, reports medium.com.

4. In the film, Peter says that MJ's favorite flower is a black dahlia "because of the murder." He's referring to one of Los Angeles' most famous unsolved crimes - the story of which was made into a TV series this year called I Am The Night.

5. Spider-Man's new costume has an advantage over his previous ones: he can now shoot webs from multiple locations on the suit because the technology behind the web-shooters is more advanced than before, according to IMDB.

Spidey fans praised Zendaya’s portrayal of MJ in the flick:

So we’re all in agreement that summer 2019 is the summer of @Zendaya right? Between #FarFromHome and #Euphoria she did not come to play with any of us...she came to slay.

Get. It. Girl. Yes. Here for it. pic.twitter.com/yJMRRun4yM

Zendaya is on fire right now. First with Euphoria, and now with #FarFromHome, she’s a likable, capable actress who is hilarious and endearing and charming. I stan MJ SO HARD!!! pic.twitter.com/H4Kt7EP6yj

Just finished #FarFromHome. I love MJ and Peter so much

And the MCU has the perfect Peter/MJ in #FarFromHome. Peter isn't crying over her and losing his powers because he's sad. This is the Peter/MJ you'll recognize from the comics. pic.twitter.com/ACnimX8Tv0

More Marvel in the Store:

Catch up on the Marvel films you might have missed this year - Captain Marvel and Avengers: Endgame are both available to rent from the BT TV Film Store now.

> Spider-Man: Far From Home is available to buy on BT TV and watch on your TV box from Friday, October 25, and to rent from Friday, November 11