The Crown: Everything you need to know at the start of season 2

The smash hit lavish drama series will be back with a second batch of episodes in 2017.

Netflix’s grand period drama The Crown has confirmed its release date and revealed its first footage for season two.

The Crown tells the story of the reign of Elizabeth II over the course of six seasons, taking the story from her succession in 1952 right up to the present day.

Season two will be the last starring Claire Foy as Elizabeth and will cover the period from 1956 to 1964. It has already been revealed that Princess Diana will arrive in the show at the end of season 3. 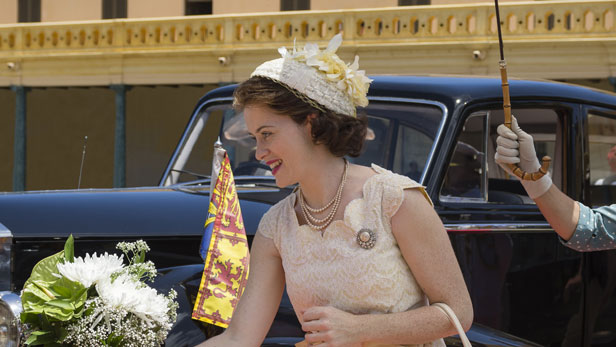 In season two, the Queen will meet US President John F Kennedy, travel the world and face fresh problems, including allegations of royal affairs and new pressures on the monarch.

The story is expected to touch on the fall out of Kennedy's assassination in the US and have a close focus on Prince Phillip and a young Prince Charles.

When is The Crown season two released? 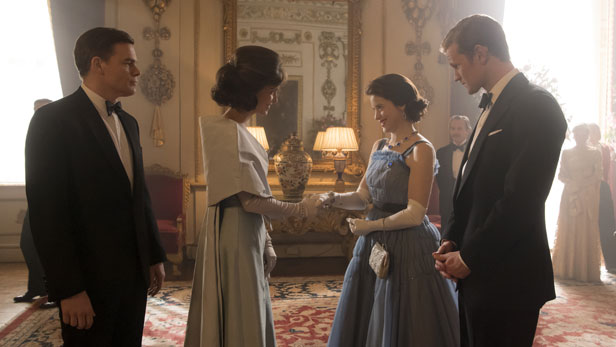 Season two will be available to stream on Netflix in its entirety from December 8.

Watch the whole of season 1 now on Netflix.

What is the plot for season 2? 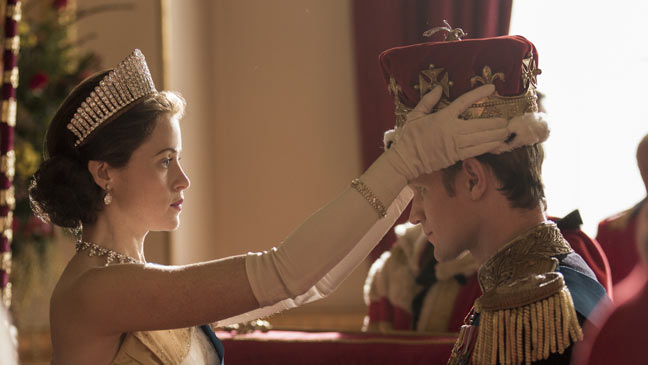 The series is epxected to include the Suez Crisis, Antony Eden's resignation as Prime Minister and The Queen's connection with his successors, Harold Macmillan and Alec Douglas-Home.

Director Philip Martin said: "The first season happened in a bubble; I think that Elizabeth and Phillip and Margaret are all in a world and everybody is in some ways supportive of them. And I think in the second season the world comes crashing in.

[Read more: The Queen to JFK - the cast and characters of The Crown season 2]

Claire Foy said: "The direction the show has gone in is very different and the period of time is moving on, so it does feel very different.

"You really see how amazing it is to put Philip and Elizabeth - their marriage and their world - suddenly into the 1960s. You see how the royal family has to start changing and move with the times and realise that things and people are different, and you start to see the evolution of the modern monarchy.

Margaret's "dangerous" and "volatile" relationship with a young Antony Armstrong-Jones aka  Lord Snowdon (Matthew Goode) will also be a focus of season 2.

[Interview: Claire Foy and Matt Smith reveal the secrets of The Crown]

Claire Foy spoke to press on the red carpet about the enduring marriage of the Queen and Prince Philip.

Prince Charles will be a key character in season 2 and is played by Billy Jenkins. 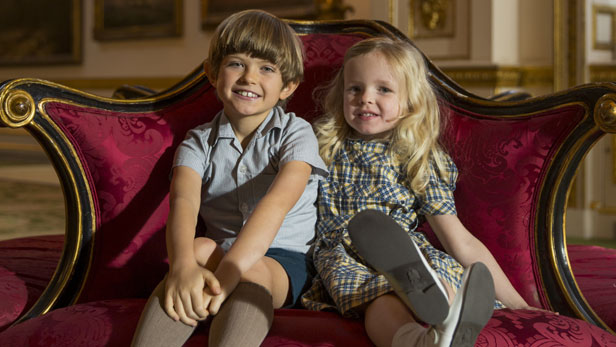 Michael C Hall and Jodi Balfour will bring some American flair as JFK and Jackie Kennedy.

What is happening with Margaret?

Speaking to Vanity Fair about season two, Vanessa Kirby said: "She meets [the photographer and her eventual husband] Antony Armstrong-Jones, and she goes head first into a completely new, exciting, dangerous, volatile, dysfunctional relationship and then marriage,” Kirby told us of Margaret, who had a reputation for rubbing elbows with the movie stars and musicians of the era.

"Tony starts this whole trail of a more bohemian life outside. Margaret was best friends with Elizabeth Taylor, and she had loads of American actress friends and singers. You see these two worlds collide—hers and Tony’s, who is a member of the public and was a creative, liberal, dark horse. Meanwhile she is this epitome of the establishment. I’ve been doing tons of research about it recently, and seen people say there was never such an ill-fated match because Margaret and Tony were just so alike personality-wise that he was the opposite of Peter."

The new series will imply that the royal family were caught up in the political scandal that brought down Harold Macmillan's government.

It won't be confirmed, but it is hevaily suggested that Prince Philip was a guest at a lavish part with Christine Keeler in 1963, shortly before the news broke about her affair with John Profumo.

Princess Margaret will accuse Philip of being a "mystery man" spotted with Keeler, but he denies it to the Queen. 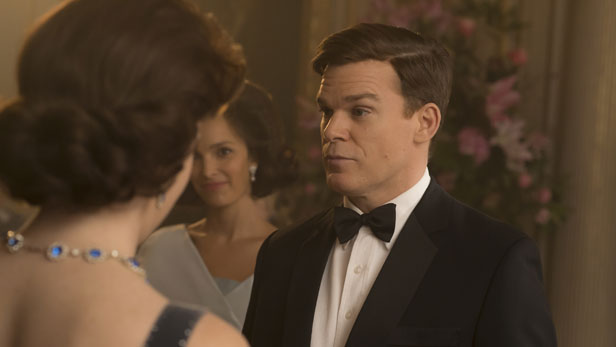 Claire Foy confirmed that John Lithgow would not be returning for season two as Winston Churchill, revealing that she had missed not having him on set. 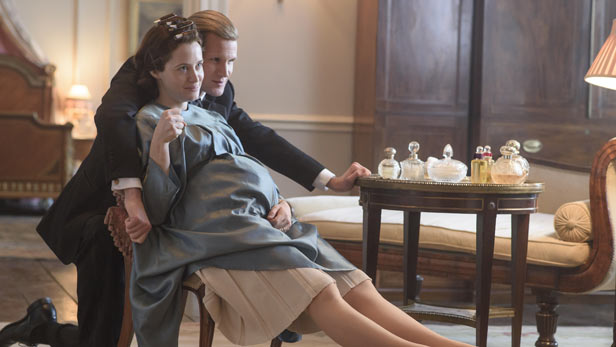 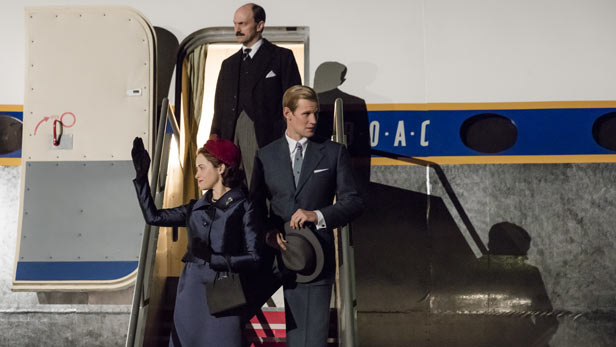 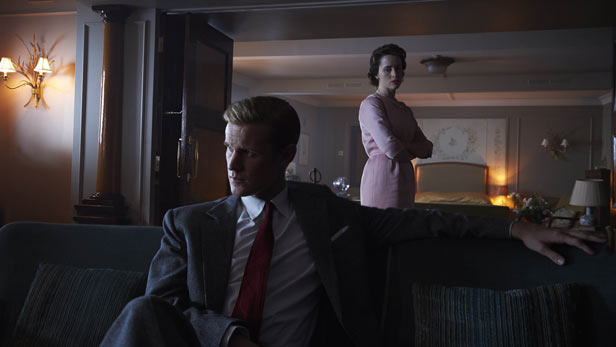 The Crown season 3 - What we know so far 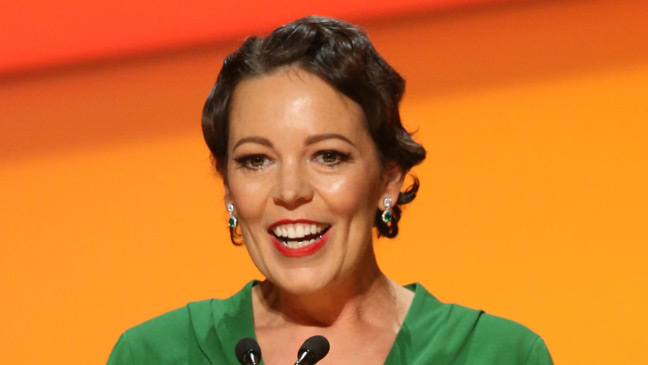 Colman will takeover as Queen Elizabeth in season 3 of The Crown as the show takes another leap forward in time,

She is currently the only confirmed cast member. It has not been announced who will replace Matt Smith as Prince Philip or who will play Princess Diana.

Producer Suzanne Mackie confirmed at the BFI & Radio Times Festival in London that Camilla Parker Bowles would also appear in the next season.

"Peter is already talking about the most wonderful things. We start meeting Camilla Parker Bowles in season three," she said.

"We have to be honest, season three and four are being mapped out and the closer the history comes – I now can say, ‘God, I know exactly what I was feeling when that happened, I remember that and I remember this.’ That’s so exciting.

"But there’s a responsibility to it that you ought to do it properly and there’s where the weight comes, not from seven years but we’ve got to keep being great."