7 Questions With… The Greatest Dancer's Cheryl: ‘I want to be challenged on this show. I don’t want to be sat in my comfort zone'

Cheryl reveals all ahead of the new dance show airing on BBC One in January.

If you’re missing your Strictly Come Dancing fix, The Greatest Dancer will soon be here to fill that big dance-shaped hole in your life.

Set to air on BBC One in January, the brand new show sees dancers from up and down the country vying to be crowned the nation's Greatest Dancer.

It's hosted by Jordan Banjo (Diversity) and Alesha Dixon (Britain’s Got Talent), with the dance coaches being Matthew Morrison (Glee), Oti Mabuse (Strictly) and Cheryl (The X Factor). You can find out all about them here.

Ahead of its launch in the New Year, they all sat down with Strictly’s Mollie King and journalists for a Q&A about all things Greatest Dancer, alongside an exclusive screening of the first episode (spoiler alert: we were teary-eyed by the end).

Here, Cheryl - returning to TV since giving birth to baby Bear - reveals all about the new series...

The Greatest Dancer premieres on Saturday, January 5 at 8pm on BBC One. Never miss an episode with BT TV - watch live and on demand on BBC iPlayer. Find it in the Players & Apps tab on your TV box. 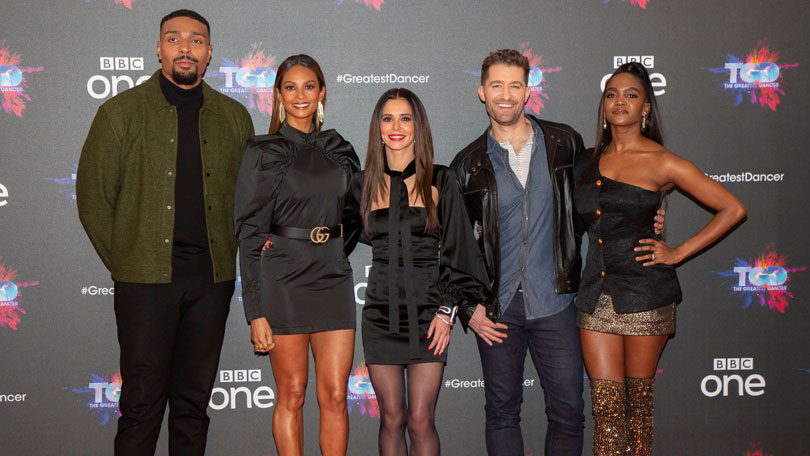 1. Cheryl, you’ve been dancing since you were three, what is it that inspired you to get into dance in the first place?

I think the fact that I was the fourth child in line and my mum needed some time [to herself]. She was like “Off you pop, I’ll be back in a few hours!” and I literally just took to it like a duck to water. I absolutely loved it and I have done ever since.

2. We’ve seen you and Oti get emotional in the show, what is it about dance that provokes such emotion in people?

I think it’s a bit like music isn’t it? It’s a form of expression. It’s a form of art, really. It’s open to interpretation. Like some people… Oti cried at Ellie [a contestant on the show], and I loved her but I didn’t feel emotionally touched by her.

That was like that throughout the audition process really, some of us would really passionately feel somebody, and some of us wouldn’t feel anything. It’s just open to interpretation really.

[Read more: What to watch next on BT TV]

3. Have you got any standout moments from the series?

She [Oti] dragged me up [on stage] to jive! That’s a standout moment for me because I could have killed her. [I was] in six-inch heels!

CHERYL JUST GOT UP AND DANCED ON STAGE!!!! pic.twitter.com/B1icHc7iD6

4. What do you think makes The Greatest Dancer stand out from the other dance shows?

The mirror element [the mirror doors open for the auditionees if they have receive 75% of the audience vote].

5. This show is full of positivity. How does working on The Greatest Dancer compare to working on the X Factor?

Really, it did feel more competitive with the X Factor because at the end, someone was winning a massive record contract and you felt responsible for their career.

With this show, you’re helping them to win £50,000, which is awesome, and to perform hopefully on Strictly, so you’re just giving -you’re not trying to create a career for them if that makes sense. It’s hopefully a platform, but not a career.

It just feels different. I feel like we all felt like a team from the start. It’s just a different vibe, and dance creates a different vibe anyway I think. With the music, you can easily be like “wrong song”, or this and that… thank you, next.

6. Do you think your previous experience competing on a reality show like Popstars sets you apart from the other coaches [Matthew Morrison and Oti Mabuse]?

Absolutely not, and the reason being that they both (pictured alongside Cheryl below) have really long careers in dance and performing acts. So no I don’t. 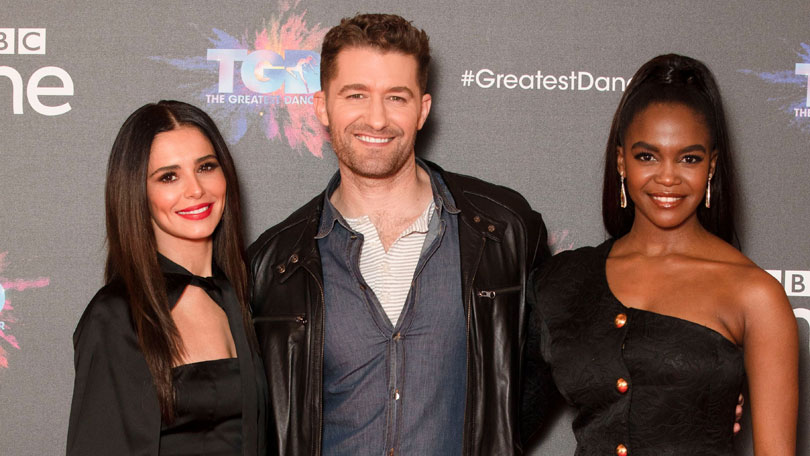 Maybe mentoring other people one-on-one like I did on X Factor might help me with the mentality of how that goes, but in terms of knowledge and stuff they’re more than qualified.

7. Did you deliberately seek out dancers for your group that aren’t in your area of expertise?

I went for somebody that excited me as a performer, and not necessarily somebody that I could teach or tell where to step or what to do, but somebody who I could encourage to do the best they can do, and I saw that in a few people. I’ve definitely got a diverse group, for sure.

It’s gonna be fun and I want to be challenged as well. I don’t want to be sat in my comfort zone either.

The thing I was probably most experienced in, I went to summer school at the Royal Ballet when I was nine, and I’m 35! So other than a pas de chat, I probably couldn’t tell them much more than they already knew. I couldn’t tell a ballerina what to do, you know? It was a long time ago.

Watch the trailer for The Greatest Dancer:

The Greatest Dancer premieres on BBC One on Saturday, January 5 at 8pm. Watch live and on-demand on BBC iPlayer with BT TV.