The Walking Dead's most emotional moments

Who knew a zombie apocalypse could make us so emotional?

We all know how thrilling and nail-biting The Walking Dead can be, but often it’s not the blood-splattering action of the zombie apocalypse that resonates with viewers.

Across 8 seasons the show has encouraged us to love and empathise with the survivors, before cruelly ripping them away from us in the most brutal fashion imaginable.

The stand-out moments in the smash hit TV series have been the episodes that have left us bawling like babies over the latest gut-wrenching exit. 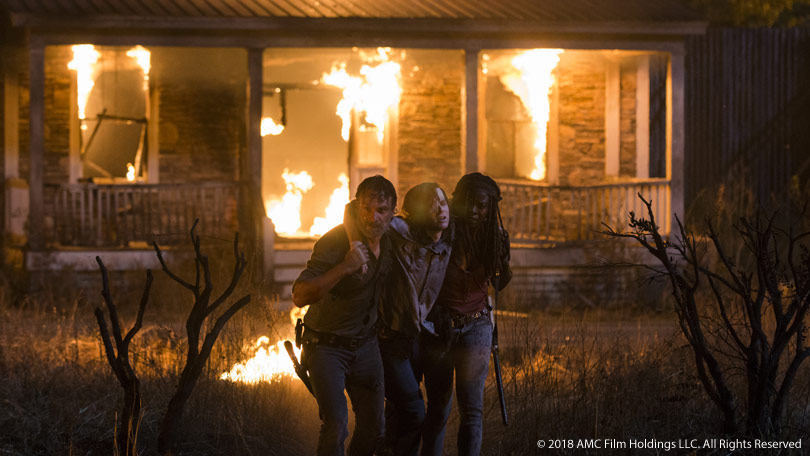 Keep reading for the Walking Dead moments that would even make a walker sob.

The Sophia storyline in season two toyed with our emotions for a long while. The show was still fresh to viewers and we hadn't yet become accustomed to the cruel mistress that is the Walking Dead universe.

The search for Carol’s daughter was symbolic for so many of the survivors as they searched desperately for a glimmer of hope in the bleakness.

When Hershel’s barn was opened by Shane and the final zombie stumbling out turned out to be Sophia, there wasn’t a dry eye.
Morgan’s tragedy

The return of Lennie James as Morgan Jones in season three's Clear is commonly regarded as one of the show's best episodes.
Morgan hadn't been seen since the pilot and he’s descended into madness following the loss of his son Duane, who he eventually reveals was bitten by the zombie form of his wife.

The reunion of Rick and Morgan, the bond between Morgan and Carl and the evolution of Michonne in the episode made it an emotional rollercoaster that is always worth revisiting.

Even though we had the whole summer break between seasons to figure out who might be the victims of Negan’s bat-swinging, it didn’t make the exits of Glenn and Abe any less painful.

The deaths were gory, disturbing and stomach-churning. However, they still managed to make us weep because of the little details – Abe’s salute, Glenn’s final garbled words for Maggie – which made the show’s most shocking moment also the most emotional.

Everyone is aware of the terrifying actions of Negan, but how quickly we forget the misery and sadistic streak of The Governor.
Responsible for the deaths of Andrea and Merle during his reign of terror, he also disposed of father figure and voice of reason Hershel Greene.

His head-chopping exit was a tough one to stomach for Rick and a tearjerker for viewers. 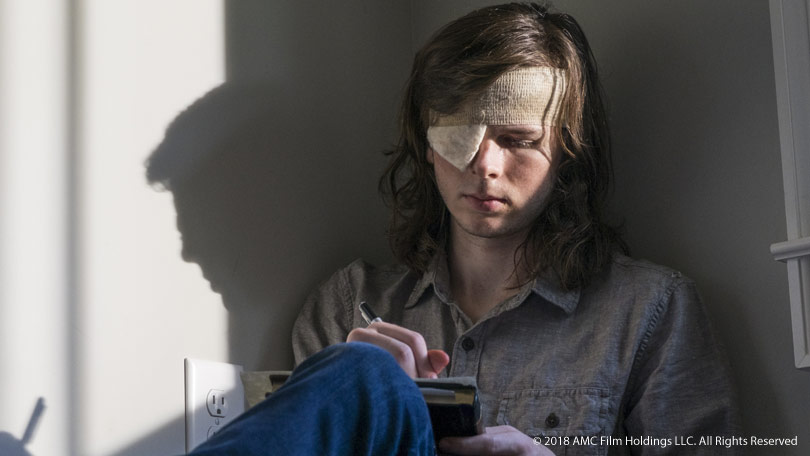 Proving that The Walking Dead can still shock us in season 8, original cast member and key player in the comics, Carl exited in the episode Honor.

Is final scenes with Rock, Judith, Daryl and Michonne made us a blubbering mess and the show will never be quite the same again without young Chandler Riggs and that cowboy hat.

Look at the flowers

Oh Lizzie. Oh Carol. The show’s most quoted episode ended with its bleakest and most painful scene ever. Young Lizzie had lost her mind season 4 as the world of zombies and death had become too much the youngster, blurring reality and fantasy and mixing up the dead with the living.

As Lizzie became too dangerous to look after, it was Carol who stepped up to kill the youngster with a gunshot. Raw and painful, the only bright spot was that this kickstarted Carol’s evolution into the ass-kicking fan favourite we have on the show today.

Get BT TV and learn about BT TV Store >