Wheeler Dealers: Dream Car – How we made it

Wheeler Dealers first launched on Discovery in 2003 and 16 years on, it remains an addictive and joyous treat for both petrolheads and the motoring curious.

2020 kicks off with a twist on the Wheeler Dealers format and a new mechanic, Marc 'Elvis Priestley', joining working veteran presenter and the buying and selling aficionado Mike Brewer.

Each episode sees Mike and Elvis meet a new client and find inventive ways to add value to their existing vehicle, before flipping it for a profit and reinvesting the proceeds in a series of trade-ups that result in a dream car.

From a Livestock farmer who dreams of owning an iconic DeLorean, to a special needs teacher whose ambition is to own a Volkswagen Golf GTI, Mike and Elvis will need to pull out all the stops to make these dream cars a reality.

BT TV caught up with Mike and Marc to find out the magic formula that has made Wheeler Dealer a mammoth hit for nearly two decades. 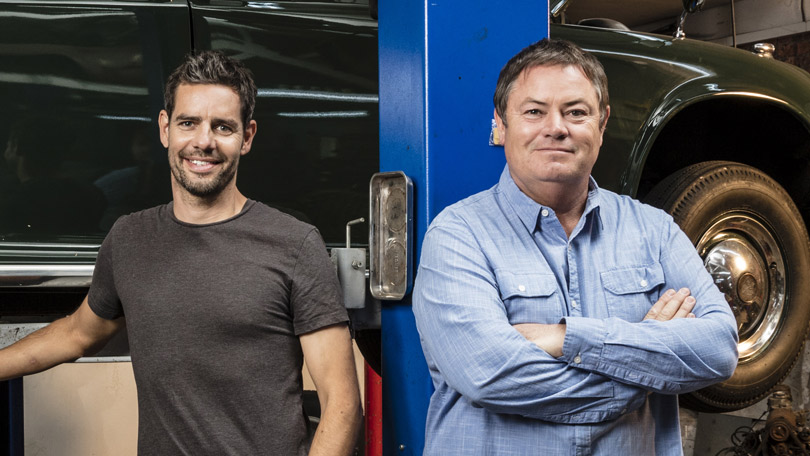 Stepping into the Wheeler Dealers garage for Dream Car is Marc Priestley – an F1 mechanic for McLaren for nine years and the host of Discovery’s motoring series Driving Wild.

Standing in the hefty boots previously occupied by Edd China and Ant Anstead, Mike believes that he brings some new skills to the series.

"The difference between Ed and Ant with Marc is that he’s not just working on vehicles for me," said Mike.

"I'm giving him the alternative vehicles, one of which he is particularly fond of is a horse box. I told him to turn that into a gym or a prosecco bar. That’s a little bit of a challenge, especially if you don’t have any woodwork skills. Marc did a fantastic job and it’s brilliant to work with him."

Marc struck up an "immediate chemistry" with his new co-star and there was a lot of laughter in between the wheeling and dealing.

"It’s the most fun I've ever had on a job I’ve ever worked on," said the star mechanic.

"We had such a laugh and kept each other going. When you work on big projects like this there are up and down moments and you can have a real low where you don’t think you’ll be able to deliver on time or on budget. It took the two of us to keep each other up in those moments. I’ve watched Mike on TV for many years and working with him was fantastic.”

Tears from the guests... and presenters 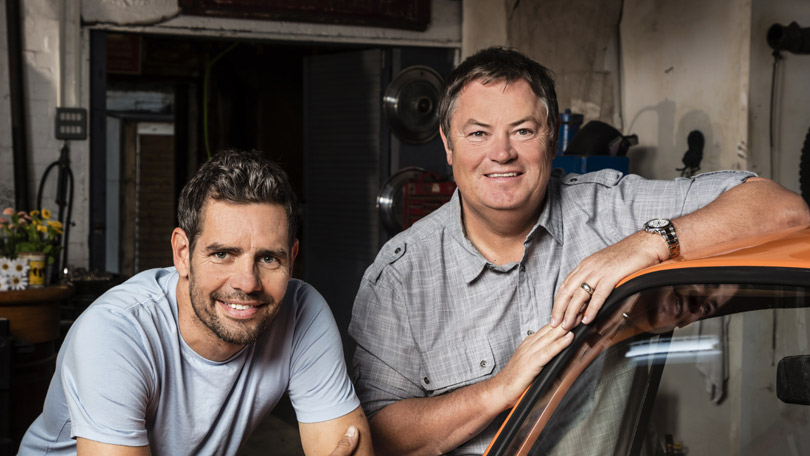 Don't be fooled by the TV cameras, the presenters put blood, sweat and tears into making Dream Car a reality and it wasn’t just the guests who ended up shedding tears when they were given the vehicle of their dreams.

"The nicest part about it was the part where we handed it over. So much has gone into it, it sounds like a cliché, but it’s been a real emotional rollercoaster," said Marc.

"We're trying to achieve a dream for somebody else and all they do at the start is hand over a car they no longer want. And then all the pressure is on us. We can’t let these people down. The moment we hand it back over, you really get swept up in those moments.

"When you talk dream cars, it’s something you aspire towards. It’s something where you think, if I won the lottery and had the time to find it, this is what I would want. They are not always Ferarris and Lamborghinis.

"What’s so nice for us is that we’re not just handing over chunks of metal, we’re giving someone a dream. There are a lot more than nuts and bolts.”

Mike added: "Everyone has a connection to a car. Whether it’s to jog a memory of your past or to think about your future, we all have emotional connections to cars.

"The world of classic cars have been booming for many years and it’s because they tug at your heartstrings, remind you of happy moments and can take you to places you’ve never been before." 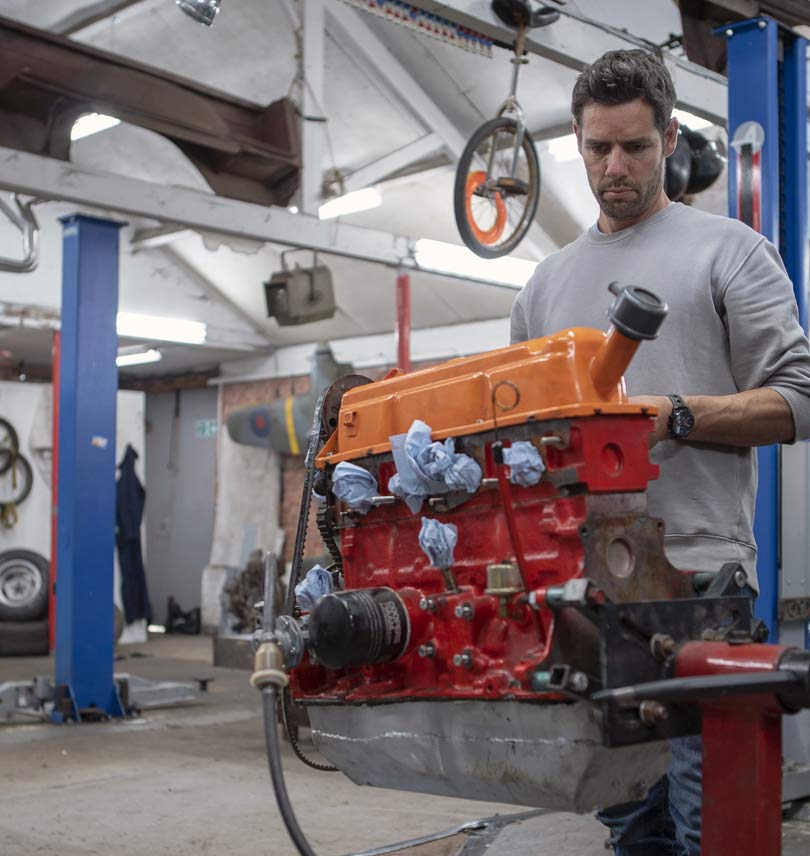 "Some people had a dream at the beginning, where considering what they were handing over, it just seemed impossible," admits Marc.

"They were starting us off with a Mazda or Fiesta that would be worth £200. You look at those and just think, I don’t know if this is even possible. But thanks to some great work we did on the cars and some brilliant buying and selling from Mike, the mountains we climbed were unbelievable."

"Some people had a dream at the beginning, considering what they were handing over, just seemed impossible. They were starting us off with a Mazda or Fiesta that would be worth £200. You look at those and just think, I don’t know if this is even possible. But thanks to some great work we did on the cars and some brilliant buying and selling from Mike, the mountains we climbed were unbelievable."

One particularly special challenge for the boys was upgrading a Jaguar XJ 3.2 V8 Sport and Fergie Continental Tractor up to the iconic Delorean DMC-12. A value increase of over £25,000.

"I'm a huge fan of the Delorean. Not so much because of the movie Back To The Future, but more because of what it stood for,” said Mike.

"It’s fair to say they’re not the best car in the world, in fact they’re pretty awful, but aesthetically, they’re fantastic. And buying one for Dream Cars was unbelievable. I think we got the best one available in the whole UK. I’ve never seen a tidier one for sale. It was an absolute delight to get it on the programme." 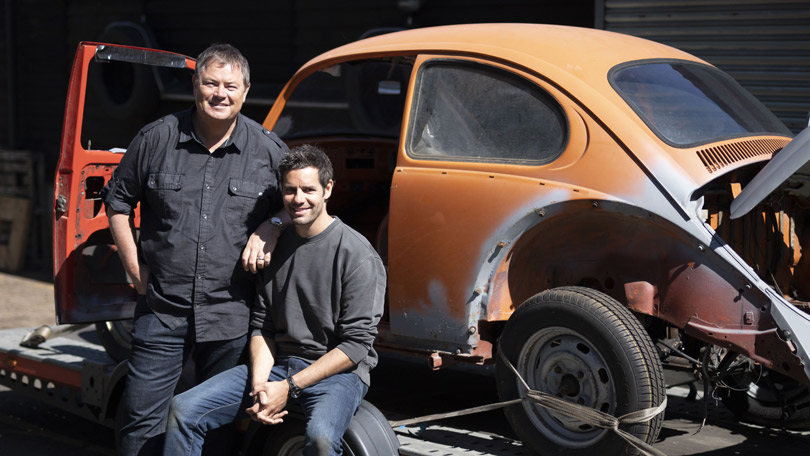 The presenters have different favourite episodes. Marc was fond of the upgrade of a Maza Eunos to a Nissan Skyline GT-R (“The chap we handed it over to was such a lovely guy and he was some emotionally overwhelmed”), but it was a the emotional backstory of one client that brings back the happiest memories for Mike.

"I think for me it was the Golf GTI. We went from a Ford Fiesta for about £600 to a fully kitted out Golf GTI and that was a really tall order to pull it off," he said.

"And no disrespect to Jess who we did that for, but I don’t think she could ever have bought that herself. She’s a lowly paid teacher and she works with special needs kids. She took a pay cut to work with those kids. And I think she needed something in her life.

"The absolute joy to hand that car over to her and see her tears, it made it all worthwhile."

The magic dust in Wheeler Dealers 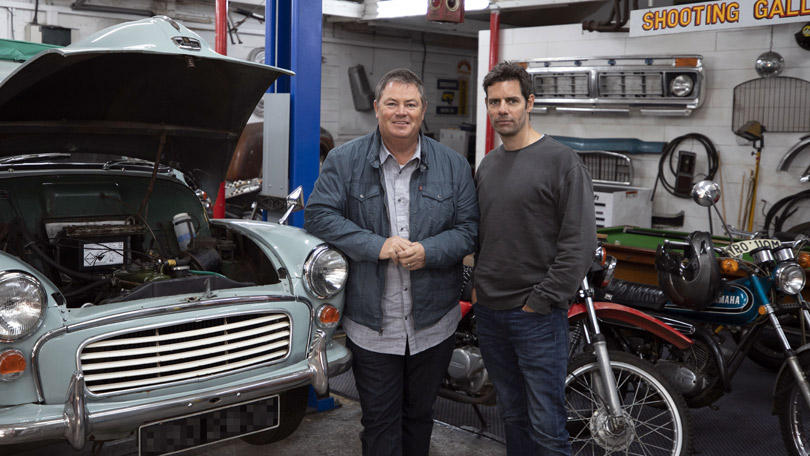 "Wheeler Dealers has been on TV since 2003. It’s the very first car restoration show on the planet. And it’s always stuck true to its roots," said Mike.

This is what the show’s original host believes has kept the show ahead of the competition.

"It’s about the cars, not the presenters. Too many shows are about making stars from the presenters and turning the owners of the garage into a celebrity. But with this show, whether it’s been me and Marc, me and Ant or me and Edd, the car has always been the star.

"As long as we remember that, pay respect to that, you have a winning formula."

Catch up on the Wheeler Dealers box set on the BT Player.