When is Knightfall on History? Exclusive Q&A with the stars of the Knights Templars' tale

All you need to know about History’s upcoming Knights Templar drama Knightfall.

This July, medieval drama Knightfall premieres in the UK on History. A 10-part historical drama produced by American actor Jeremy Renner, it is about the rise of the legendary Knights Templar and their entrustment of the Holy Grail.

We chatted to Knightfall stars Tom Cullen, Pádraic Delaney and Simon Merrells about training for their roles, the show’s historical accuracy and more…

Which knight are you ​each playing? What are the major challenges they face? 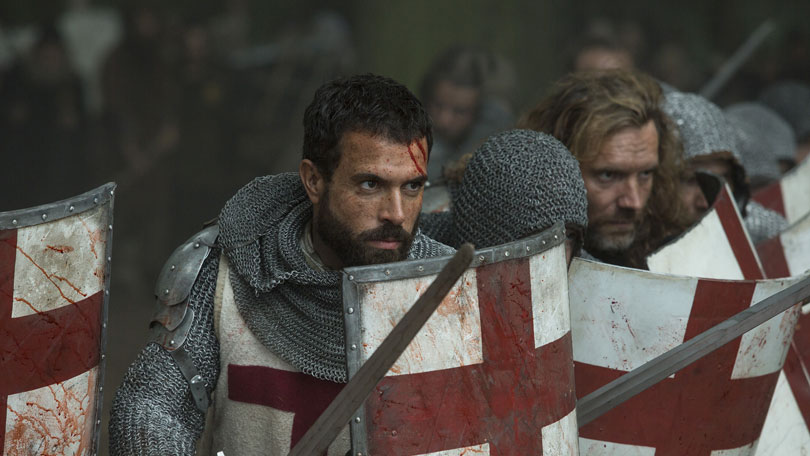 Simon Merrells: I play Trancrede, one of the Templar Knights. My challenge on the show is to be one of the guys who lead the Templar and be a solid pillar of the Temple. But I'm also a guy who has another side to him, which you’ll see as the show goes on.

Pádraic Delaney: I play Gawain, the greatest swordsman of the Templar Order. Over the course of season one you see him change from being loyal and devout to having doubts about his calling. In the first episode he takes the bow for Landry and is injured and from that moment on he changes. His relationship with Landry will become difficult and eventually he will get demoted which will hurt him very much. He will start to wonder whether he is valued or would be better off somewhere else.

[More from History: 5 things Real Vikings taught us about women]

Tom Cullen: I’m Landry and when you meet Landry at the beginning of the show he is a very brash, cocky, maverick and believes God is on his side but in the first 10 minutes of the pilot episode he loses everything that he thought was true and so when the show begins 15 years later he has had his whole life turned upside-down. He has both an internal and existential crisis about who he is and his relationship with God. He goes through a journey of redemption in the first season.

What did you think of the Knights Templar before signing onto the show, and how has this changed?

Tom: I think the Templar has always been very iconic. The first time I saw a Templar was in Indiana Jones in the Last Crusade and I was obsessed with those movies and I became obsessed with the mythology. And so that was my first introduction to them.

They are a fascinating, clandestine religious order that have shaped the world we live in today and it was a lot of fun to bury our heads into the mythology. Knightfall bridges the gap between the mythology and the history. 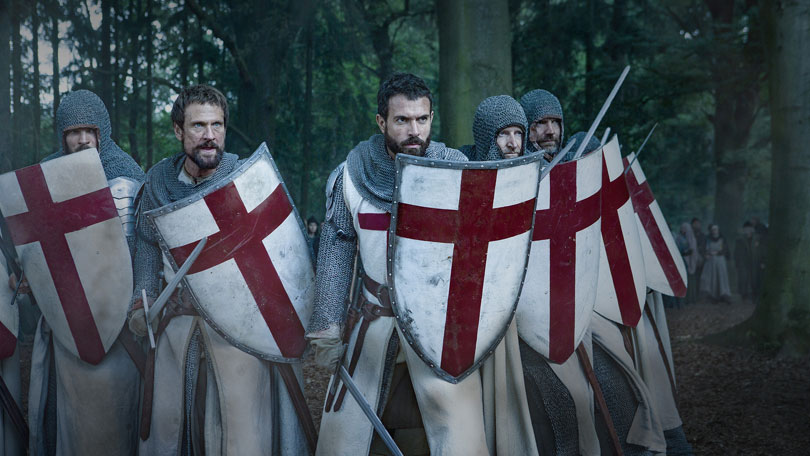 Simon: They are a fascinating men of order. Often people have a sense of who they are but on Knightfall it delves into who they actually were and where they started from – from absolute poverty stricken upbringings in the Holy Land to in 50 years becoming one of the most powerful financial military forces in the whole of the world. So it was just a goldmine to delve into.

There’s a lot of fighting and horseback training involved – what kind of training and preparation did you each do?

Tom: When I first got the job I was a mix between a gerbil and a Christmas pudding and I needed to look like a knight! So for two and a half months I trained solidly at the gym just so I could wear my costume which weighed around 23kg. We had an intense boot camp where we learned swordplay and there was a stable on set. I would do sword fighting practice during my lunch break and weekends. We'd go on long horse rides in the forests in between shooting scenes. It was an intense process but I’ve never had such fun filming!

Pádraic: The bootcamp meant that we all bonded quite quickly. We were all thrown into the deep end and started from scratch. We were all looking out for each other by the time filming came around. It meant that the scenes were more intimate and real because we had that shared training experience. 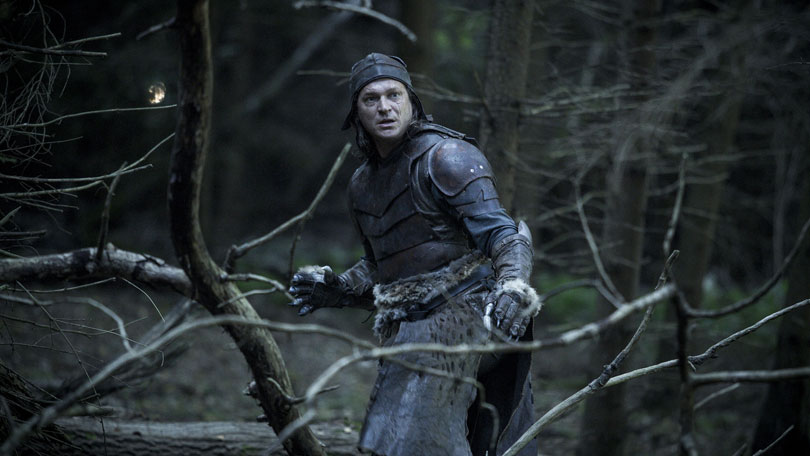 Simon: We are lucky to have had it and we are playing these characters who would have been on horses and learning to fight from the age of 5 or 6. So the training gave us the confidence to convince the audience and ourselves that we know what we’re doing!

Although it’s much more history than fantasy, there is a bit of a Game of Thrones vibe to Knightfall. Did you notice this at all while filming or watching it back?

Tom: Knightfall is very much its own show but as a historical epic there will be some comparisons. But it really is its own piece. It's on the same channel as Vikings too but it is very different. We are proud of that and trying to do our own thing. We are huge fans of Game of Thrones but it is a very different show.

Pádraic: Game of Thrones is amazing and while Knightfall is set in Medieval times too, they really are different. If you try to set out to imitate or copy a show like that it’s not going to work so for Knightfall we’ve found our own identity.

Jeremey Renner serves as​ producer for Knightfall. How much input did he have on making the show?

Tom: Jeremy is great! We wouldn’t be here if it wasn’t for him. He’s had as much input as he possibly could have, it was a pleasure to have him on board.

How does Knightfall ac​hieve the balance of historical accuracy and entertainment? 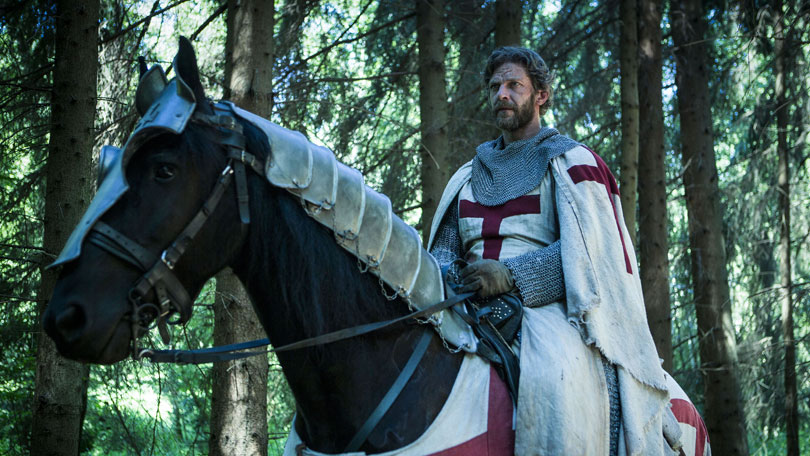 Simon: If you have a great story and it's historically set you have to try to make it more than just entertaining. Especially with this period of history, it is so rich with extreme examples of human behaviour and dealing with some extreme characters. I am confident that over the season we evolve our characters and the story – both the fun aspects and the historical story – and what we do with it is just brilliant.

And we have Dan Jones who is our historical consultant, he was invaluable. He is young and dynamic and written so many fantastic history books. He was on set and there for us to ask questions. Like once I asked: "Are the knights like a Medieval SAS?" and he said "Yep that’s a good way of looking at them!" Little things like that helped so much.

What do you hope vie​wers will get out of Knightfall the most?

Tom: The show is a lot of fun. It’s a big gung-ho epic show and I hope people will get enjoyment. It’s a fun, twisty ride with great characters!

Pádraic: I hope people will go away and find out the real history of the Templars. It would be great for people to go away and watch some history documentaries or pick up one of Dan Jones' books.