Martin Freeman stars in the heartbreaking ITV drama series about the true story of Detective Superintendent Steve Fulcher’s investigation into the disappearance of Sian O’Callaghan in 2011.

A Confession on ITV has had viewers gripped to their TV screens on Monday nights with its telling of a true story of police procedure, a serial killer and a heartbreaking tragedy.

With an incredible cast that includes Martin Freeman, Imelda Staunton, Joe Absolom and Siobhan Finneran, the series will almost certainly pick up a handful of awards come the 2020 awards season.

[Like A Confession? You'll love these 7 other true crime TV dramas >]

Speaking about why he wanted to write about this true story, Jeff Pope said: “I found this is a fascinating story to tell on a number of levels. On one hand it is a brilliant piece of detective work, but in order to find both girls Fulcher felt he had to deny Halliwell his rights as a suspect.

“It brings into question how we want our police to behave when someone goes missing. Should Fulcher have been praised as a courageous officer fighting for the life of a girl, or lose his career for riding rough shod over the law?” 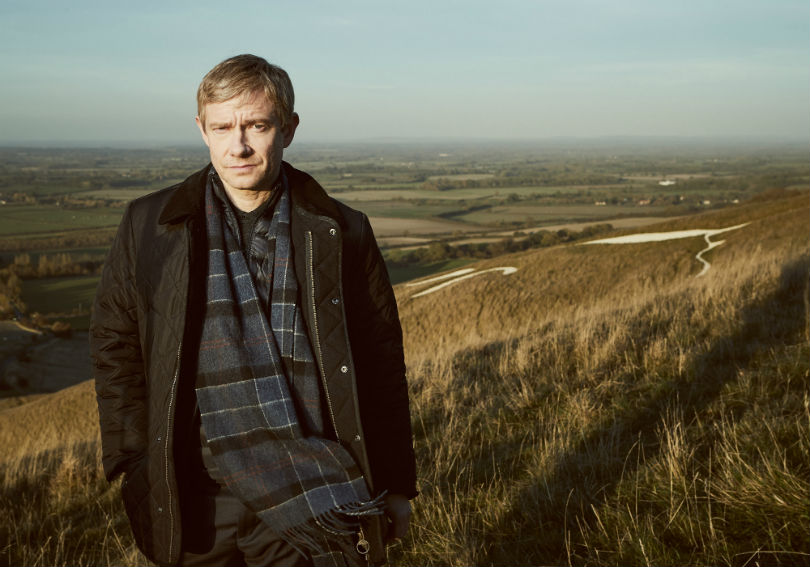 A Confession has six episodes.

It is airing once a week on Mondays at 9pm.

Catch up on the latest episodes on BT TV via the ITV Hub app.

The series ends on Monday, October 7th at 9pm.

Where is A Confession filmed? 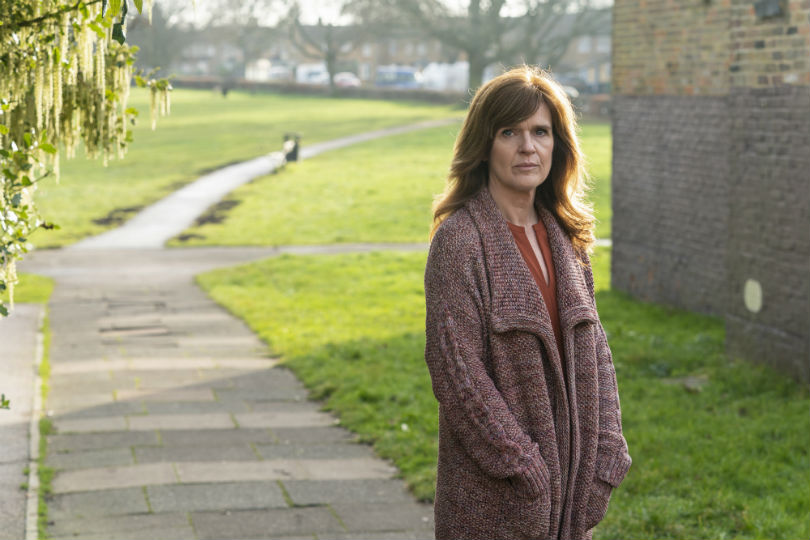 The ITV drama series shot in Wiltshire and the Home Counties, where Halliwell's killings took place.

However, writer Jeff Pope was aware of sensitivities around the murders and opted to not use any of the real locations that were significant in the case.

Pope told the Radio Times: "We didn’t film on Swindon’s High Street or at Suju's which is where Sian was taken from. We didn't go to the field where Becky was found or the ditch where Sian was.

"We felt there would be friends and family of Sian walking down the High Street and there we are, recreating the moment when she gets into Halliwell’s car."

What is the true story of A Confession? 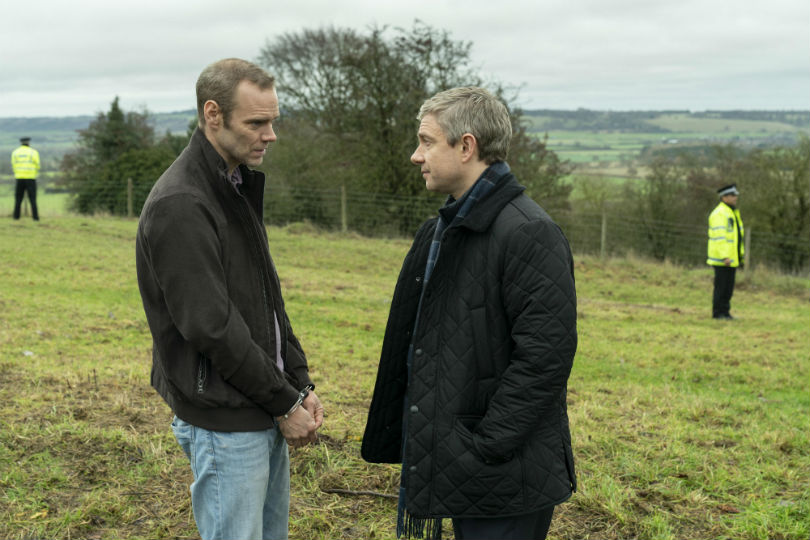 Set in Swindon, Wiltshire, A Confession’, details the disappearance of 22-year-old Sian O’Callaghan in March 2011. On a night out with girlfriends, Sian left a nightclub in Swindon Old Town to walk the 15 minutes home to boyfriend Kevin Reape, played by Charlie Cooper (This Country).

Worried for her safety, Kevin reports Sian missing when she fails to come home in the early hours or respond to his increasingly frantic texts.

With the police investigation underway, officers arrive on the doorstep of Sian’s mother, Elaine O’Callaghan, played by Siobhan Finneran (Cold Feet, The Moorside, Happy Valley), who at first thinks her daughter must have stayed overnight with a girlfriend. Described as a ‘family girl’, it was uncharacteristic of Sian to be out of touch with her loved ones. 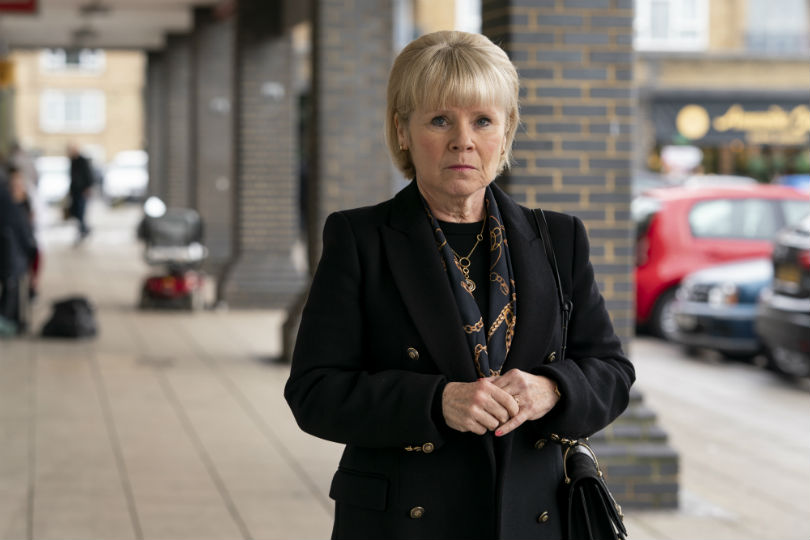 Believing Sian may still be alive, Fulcher operates on the premise that Sian is being held somewhere against her will. If she is, he knows it will be a race against time. Through diligent and painstaking police work Fulcher and his team discovers CCTV footage of her in the High Street, which leads to vital clues in the investigation.

Meanwhile, Karen Edwards, played by Imelda Staunton (Maleficent, Paddington, Harry Potter, Vera Drake, The Girl), the mother of Becky Godden, a 20-year-old who disappeared eight years previously in 2003, is watching the investigation unfold on the local news and in the town centre. Reminded of Becky’s disappearance, she becomes gripped by fear that her daughter will somehow be involved in what is unfolding before her eyes as the search for Sian goes on.

A known drug addict and prostitute, Becky had disappeared many times before and although Karen had tried to help her daughter, staging interventions and paying for rehabilitation, sadly Becky continued to lapse back into addiction. 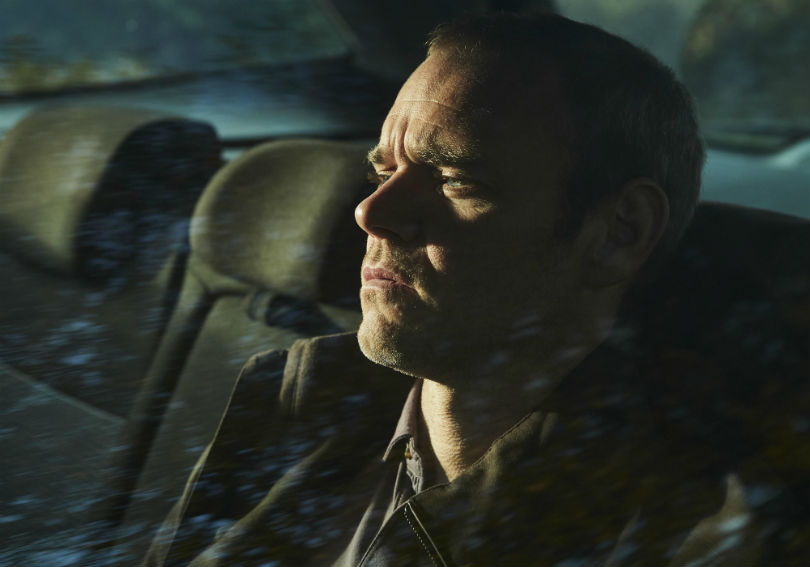 Coincidentally, the property where Karen lives with her second husband, Charlie, backs on to the home of Elaine O’Callaghan and her then partner. Although they don’t know one another, their lives become tragically intertwined when Fulcher and his team edge closer to their chief suspect, local taxi driver Christopher Halliwell, played by Joe Absolom (Doc Martin, The Level, Suspects).

The investigation culminates in a standoff between Fulcher and Halliwell at a remote location, as Fulcher tries to avoid him being taken back to a police station, being given a solicitor and saying ‘no comment’. Just as Fulcher is about to give up, Halliwell suddenly makes a startling confession. But this moment of apparent triumph takes on sinister consequences and steers the investigation in a completely unforeseen direction.

Benghazi, Libya provides a welcome change of scenery for former Wiltshire Police Detective Superintendent Steve Fulcher (Martin Freeman), having resigned from his job in Wiltshire to take on a role as a ‘security consultant’ in November 2014. It is now over 3 years since he led the investigation that found murdered girls Sian O’Callaghan and Rebecca Godden-Edwards, and Fulcher is happy to be away from Gablecross Police Station.

Things have moved on for Elaine Pickford (Siobhan Finneran) too, as she continues trying to carry on with her life by making plans to marry her partner Pete (Derek Riddell). The hope that the wedding would provide everyone with some much-needed relief from Sian’s death doesn’t’ however, go to plan as Elaine fears that she might have made a mistake.

Meanwhile Karen Edwards refuses to give up the fight for justice for her daughter Becky, and continues to embarrass Wiltshire Police at every opportunity over their failure to re-investigate.