A Confession: Who stars in it? When does it start? Is it a true story? All you need to know

You'll be gripped by ITV’s new drama series based on a true story about a detective who’ll stop at nothing to catch a killer.

Police dramas are always a hit at ITV, but A Confession takes things in a new direction with a true story about how following rules can drastically change the course of an investigation.

It begins with a manhunt and a desperate search for a missing woman, but events take some startling turns as more details surface and lives hinge on the snap decision made by the detective in charge.

Here’s all you need to know about what happened and who stars in it.

When is A Confession on TV?

A Confession airs Mondays at 9pm on ITV.

[A Confession: Where was it filmed?]

Is it a true story? What happened?

Most crime dramas end with a satisfying resolution of a criminal caught and a case neatly wrapped up.

But A Confession tells the true story of lives ruined not only by a horrific crime, but also by a detective’s struggle to square the procedure he should follow with his need to find the victim as quickly as possible.

When 22-year-old Sian O’Callaghan went missing on the way home from a night out in Swindon, her family and friends helped police launch a desperate search for her, tracing her phone to woods 14 miles away.

Meanwhile, Karen Edwards watched the story unfold gripped by fear that it would somehow relate to the disappearance of her own daughter, Becky, who’d gone missing after struggles with drugs and prostitution eight years earlier.

Senior Investigating Officer Steve Fulcher lead the search closer to Savernake Forest and closed in on taxi driver Christopher Halliwell, the chief suspect – all the while believing Sian could still be alive and racing against time to find her.

[Read more: Everything you need to know about Netflix police drama Criminal]

Keen not to have to bring Halliwell in for questioning where he would likely stay silent and waste valuable time in finding Sian, Fulcher followed the police procedure which puts a victim’s life ahead of a suspect’s right to silence and managed to get a shocking confession out of him.

But tragically, it was too late for both Sian and Becky, and Fulcher found himself dragged through a lengthy process of trying to defend his actions.

A Confession looks at the impact on the case and Fulcher’s career of a disagreement over the procedures used, and at the fight Karen had to get justice for her daughter – and the detective whose actions led to her fate being discovered.

[The true story of A Confession: Everything you need to know]

Did the real Steve Fulcher advise on filming?

Fulcher’s memoir, Catching a Serial Killer: My hunt for murderer Christopher Halliwell, was the basis for the drama adapted by Jeff Pope.

The former detective said he found Jeff’s approach the best of any TV production crew he’d met with, and described how the case had affected him.

He said: “There would have been other victims. That’s my one bit of comfort from this. I’ve lost hundreds of thousands of pounds, a career, reputation and so on. But it’s still worth it because there are women alive today who might not be had Halliwell not been taken off the streets.” 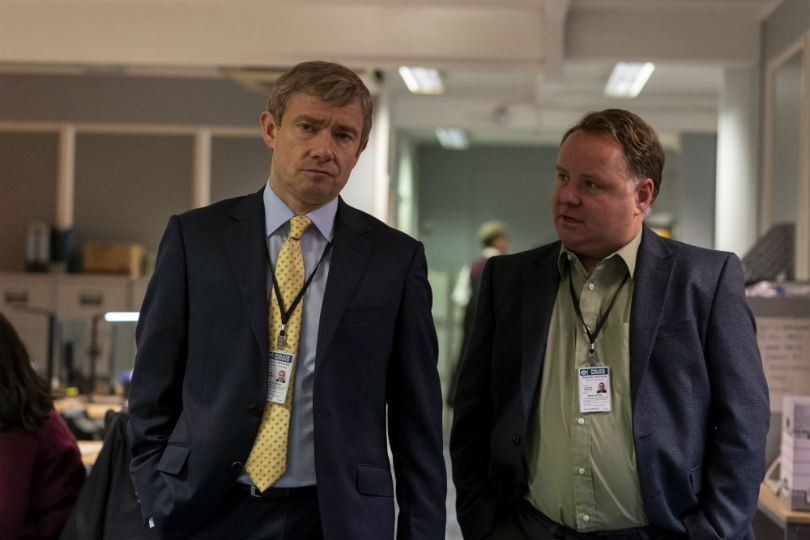 Fulcher was backed by Becky’s mother Karen over his actions and he explained how her support was crucial in keeping the case open.

“Without Karen’s support I would have gone under. Without her constant and determined effort and refusal to allow Wiltshire Police to close the case there would not have been justice for Becky.

“Becky was a tiny young vulnerable girl who got into drugs. If you seriously think that could not have been my daughter or your daughter then you’re a fool. Becky was drawn into this dark world. But there is no distinction between victims. Becky and Sian could have been any of our daughters.”

[Read more: The BT TV hotlist - what to watch this month]

Since leaving the police, Fulcher has worked in Libya on their police development programme and said the experience had helped him to deal with what happened in Swindon.

He said: “I make a conscious effort not to think about [what happened]. I hadn’t slept through the night for many years. And my first waking thought would be the inequity. Clearly it was a bad state of affairs. But when I went to work in Libya and then Somalia you see things on a much bigger scale. People are dying every day. There are bomb attacks and all manner of things to worry about. Which gives it a certain sense of perspective. I’m not lying awake at night any more. 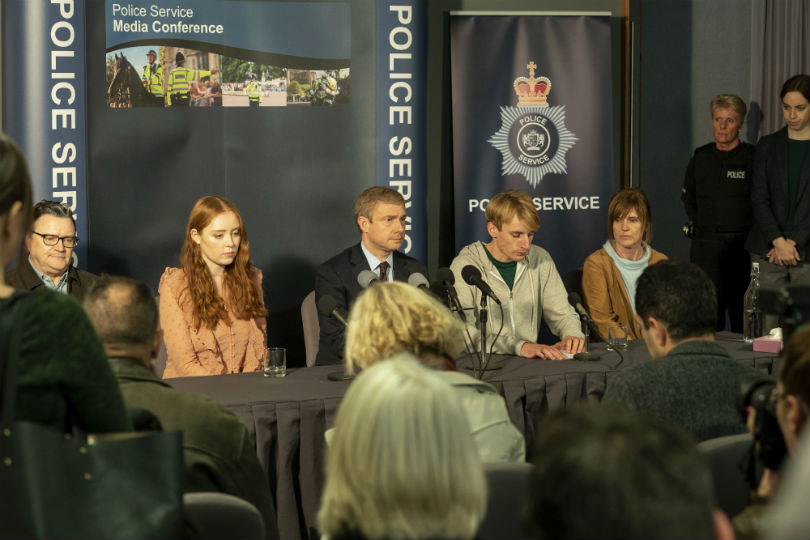 “For Karen and Elaine [Sian’s mother] this story is far worse because they have each lost a daughter. In terms of the way I was treated, I’m over it because I don’t believe there is going to be any common sense applied. But if that is the case, if we are going to leave it like that, the public have a problem. The system needs to change. In the meantime, I work in Africa where life is so cheap that you can get somebody killed for 20 dollars.

“The key question is: If you or your loved one were kidnapped today, what would you want the police to do about it? Are you confident the police would do the right things to save a life? Which is the fundamental purpose of having a police force. Saving life. This is exactly what you are supposed to do in a crime in action.”

[A Confession: Meet the cast]

Lives for the residents of Swindon, Wiltshire, have been flipped on their head after the discoveries of two young murdered women by Detective Superintendent Steve Fulcher (Martin Freeman) in the local area. And with the second body now formally identified as that of Rebecca Godden-Edwards, Steve also has to break the news to John Godden (Christopher Fulford) that his daughter is dead.

Having already met with Becky’s mother Karen Edwards (Imelda Staunton), the effects of the investigation weigh heavy with Steve, who is certain that murderer Christopher Halliwell (Joe Absolom) has killed other victims between Becky in 2003 and Sian in 2011. But now that he has been advised by a solicitor, Halliwell is going ‘no comment’ and a question regarding the legitimacy of Fulcher’s interview tactics with Halliwell, looms like a dark cloud overhead, threatening to unravel the entire investigation. So Fulcher tasks his dwindling task force with developing a supporting case based on evidence other than Halliwell’s confession, to help towards a guilty verdict.

The series will run for six episodes, airing once a week on Mondays at 9pm.

A Confession airs Mondays at 9pm.