Ackley Bridge series 3: Who will Rob James-Collier and Charlie Hardwick play? When is it back on TV?

The Channel 4 school drama has signed two big new names whose characters are promising to shake things up for staff and pupils alike at the Yorkshire academy.

Robert James-Collier and Charlie Hardwick are both joining the Channel 4 series for a new term, and will have some great teachers to learn from in the popular returning cast.

[Read more: Who's who in Ackley Bridge]

Here’s all you need to know about the characters they’ll be playing, what they’ve starred in before, and when you can see them on screen.

Who do Rob James-Collier and Charlie Hardwick play in Ackley Bridge? 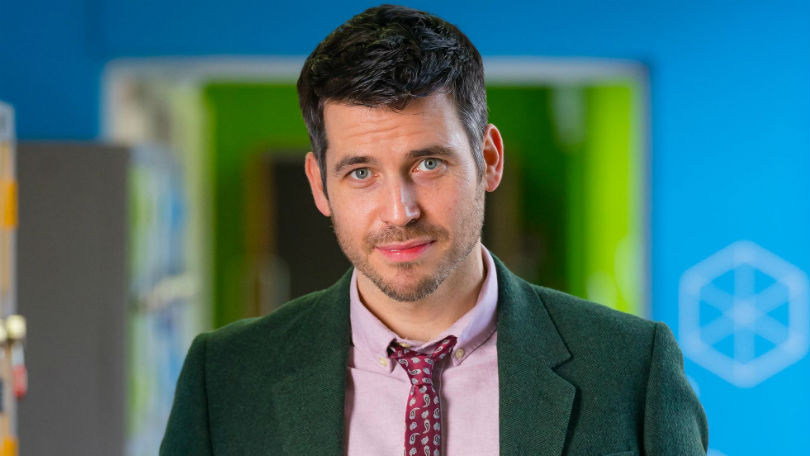 It’s a new era for Ackley Bridge school, as regular viewers will know that The Valley Trust has taken over with a brief to improve behaviour and results.

Two teachers have been drafted in to whip the pupils into shape, a director of behaviour and a deputy head.

Although head teacher Mandy (Jo Joyner) just about remains at the helm, there are sure to be pleny of moments when the new recruits tread on toes and threaten her authority.

Robert James-Collier has been cast as deputy head Martin Evershed, who will ruffle feathers among the current staff.

He said: “I am thrilled to be asked to play the part of Martin Evershed, the new Deputy Head At Ackley Bridge. Such fearless and talented young actors bring a special spirit and energy on set and I hope I can learn from that and add to it in my own way.”

Charlie Hardwick will play the formidable director of behaviour Sue Carp, and said: “I'm absolutely over the moon to be joining Ackley Bridge; I was already a fan.

“It has fantastic characters and brilliantly sharp story-telling which tackles the desires and concerns of a diverse school of young people and their community head on, in full-beam.

"It's funny and moving in equal measures and has a huge heart - unlike the new director of behaviour Sue Carp. She is belligerent and unwilling, and instead of dedicating her time to the well-being and development of her teenage students, she appears to be solely concerned with counting down the next 10 years to her retirement.

“She is unwittingly witty though, and somewhat unintentionally anarchic, which gets the school into deep doodoo and herself into dangerously sackable situations. I can't wait to play her!“

Where have you seen them before? 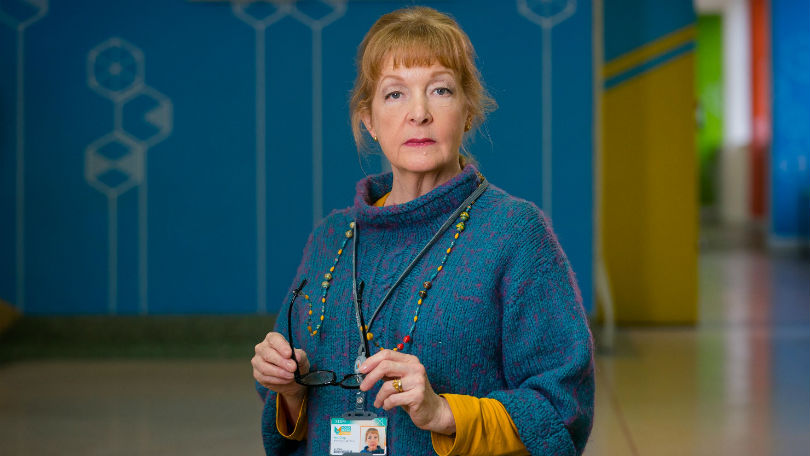 Robert James-Collier is best known for playing Thomas Barrow in the hit ITV period drama Downton Abbey, and will return to his role in the film which is due to be released later in 2019.

He also played Liam Connor in Coronation Street prior to Downton Abbey, and has since appeared in TV series The Level and in the first episode of the latest series of Death in Paradise.

Charlie Hardwick is one of the best-known names in British soap, having played Emmerdale’s Val Pollard from 2004 to 2017.

Her character’s later storylines included contracting HIV before she was eventually dramatically killed off when a helicopter crashed into the village.

Who will they be joining in the drama?

Fans of the show needn’t worry about the new school leadership, as actress Jo Joyner will be back as the school’s head Mandy Carter.

We’ll also see another cast favourite, Sunetra Sarker, return as Kaneez Paracha and Amy-Leigh Hickman as her daughter Nasreen, one of the school’s pupils.

Poppy Lee Friar will be back as Nasreen’s best mate and school trouble magnet Missy, and we’re looking forward to seeing plenty of other familiar faces among the staff and students.

When is Ackley Bridge series 3 on TV?

The new series of Ackley Bridge began filming in Halifax in January.

It will be eight episodes long and will air later in 2019.

Catch up on Ackley Bridge with BT TV – watch the previous series on the All 4 app now.