Bancroft series 2: Meet the cast and characters of the police drama as it returns to ITV

Sarah Parish and Adrian Edmondson lead the cast of the cold-case cop thriller.

Bancroft is back for another dramatic case presided over by anti-heroine and cold-blooded killer Elizabeth Bancroft.

Of course, that means Sarah Parish returning to the lead role - but who will be joining her this time?

[Read more: All you need to know about Bancroft series 2]

At the heart of the drama is a talented cast and strong characters – read on to find out more about them.

Detective Superintendent Bancroft is a ruthless, talented investigator who commands the respect and adoration of her colleagues.

She has also single-handedly brought up her son Joe, who she is very close to and extremely protective of.

But last series saw Joe turn his back on her when he realised he'd been lied to about his real father, and viewers discovered Bancroft's murderous past included killing a former lover.

She also shot DS Katherine Stevens (Faye Marsay) in the head when it looked like she was about to be rumbled, so as the story picks up two years on, fans will be eager to see what became of Stevens.

This time, a newly-promoted Bancroft is facing a double murder, colleagues intent on proving her corruption, an estranged son, and an increasingly dangerous pact with drugs boss Daanish Kamara.

[Read more: When is Dracula on TV?]

On her character's relationship with her son, Sarah said: “Coming into contact with Joe is very upsetting for Bancroft. The relationship she had with him was quite controlling and probably not a very healthy one. She hasn’t really seen or had much contact with him so it is obvious when she does that things are not going well for him.

"The son she knew has changed. Joe looks dishevelled, he looks dirty and unkempt so it’s very upsetting for her on many levels. She has been cut off from his life and to someone like Elizabeth that is torture.”

Joe always believed that his father was Bancroft’s ex Brian, so the revelations at the end of series one saw him turn his back on his controlling mother.

The pair have been estranged for the two years since, and Joe now has a fiancee, Annabel, played by Charlotte Hope.

But he looks like the last couple of years have been tough for him, and Bancroft begins to panic when he is dragged into a double murder investigation.

Joe is played by Adam Long, who said: “The past two years Joe has been desperately trying to outrun the guilt and shame he feels from the events with Katherine.

“He settled down in Leeds with his new girlfriend Annabel. When we meet him he has been fired from his job, is crippled by anxiety and insomnia and is very much struggling to deal with the emotional burden of it all. He’s a shell of his former self.”

Superintendent Walker was Bancroft's rival in the last series, and also mentored Stevens before she was shot in the final episode.

He and Bancroft work in very different ways and are natural enemies, but Walker is absolutely convinced that she is corrupt and is determined to prove it. 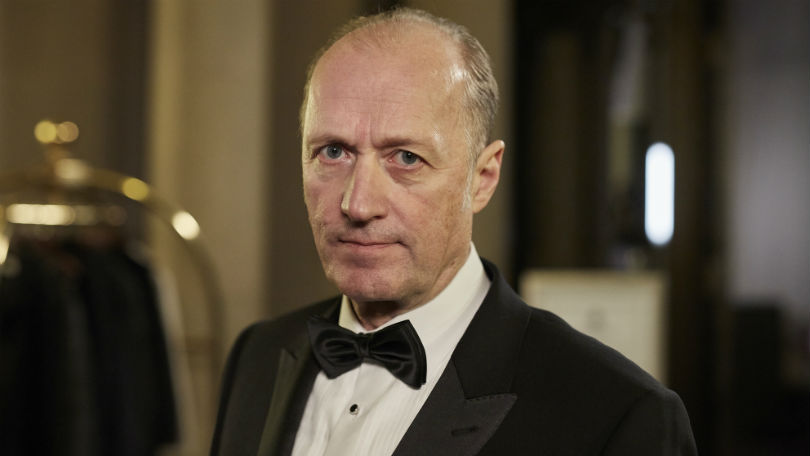 Admitting his character wasn't hugely likeable, Adrian Edmondson said: “Cliff Walker is a bit of a self-righteous prig. He always takes the moral high ground. It’s not an attractive trait, but it’s what adds tension to the series.

"Bancroft is obviously morally corrupt, but she comes across as rather exciting. Cliff Walker is probably right about everything, but he’s unlikeable because he’s such a goody-two-shoes.”

Adrian is best known for his comedy roles in The Young Ones and Bottom, but has been seen more recently in War & Peace, One Of Us, and Prey.

He may be trying to present an acceptable face to the world, but Daanish is still enjoying close links with Bancroft, making him dangerously powerful.

The drugs boss could prove Bancroft's downfall if she's not careful, but there's an even more terrifying Kamara in town this series.

Daanish's mother, Mrs Kamara (Shameem Ahmad) has been grieving her eldest son Athif in Pakistan, but now she's back in the UK and intent on revenge against those responsible for his death - namely, Bancroft and her own younger son, Daanish.

Ryan McKen has also starred in Temple, Strangers, and Save Me.

In the second series, we meet Bancroft's mother Carol, a pillar of her rural community who believes in kindness and compassion.

However, she regrets not having been a loving mother to Bancroft after the trauma of her daughter's father leaving when she was just a baby, and has been trying to make up for it by doting on grandson Joe.

Sarah Parish said: “I remember when I first read the scripts for the second series and my reaction was 'Oh god no...why has Bancroft got a mother?' I just didn’t see her as having one. Even if Bancroft did have a mother she probably never saw her.

"Suddenly this mother figure was thrown into the picture and I was like 'gosh, I’m going to have to explore a part of Elizabeth which I haven’t really thought about.'

[Read more: All you need to know about Harlan Coben's The Stranger]

“I questioned that maybe her mother knew there was something wrong with Elizabeth. That this has been ongoing for years. Their
relationship is quite strange. There are moments when you can feel her mother is quite scared of Bancroft but of course loves her because she is her daughter. It’s like loving something that might bite you.”

Francesca Annis has recently appeared in Home Fires, Cranford, and Partners in Crime.

We'll see familiar colleagues and some new faces on the force for the second series of Bancroft.

Back at the station is DI George Morris (Lee Boardman) who has always been a loyal supporter of Bancroft, but finds himself answering to a new boss when he is seconded.

Charles Babalola also returns as DS Andy Bevan, as keen as ever to rise through the ranks but whose head is turned by the power of heading up the deal with Daanish - until it all becomes more demanding than he's prepared for.

New this time is Chief Constable Frances Holland (Jaqueline Boatswain), a talented copper who runs the force with an iron hand and expects her officers to make the same sacrifices for policing that she has done.

Another recent recruit is DS Jake Harper (David Avery), who has risen through the ranks quickly at the neighbouring force but joins Bancroft's station as part of a merger. He's a popular leader whose instincts for rooting out anything that doesn't seem quite right draw him closer to Bancroft.

Don't miss an episode on BT TV - catch up via the ITV Hub app.