Bancroft: When does it air? Who is in the cast? What time is it on?

Find out all you need to know about ITV’s newest detective drama.

There’s nothing quite like a gripping ITV police thriller to make us want to stay in on a cold evening and settle down in front of the telly.

Bancroft fits the bill perfectly – a chilling mystery, a stellar cast, and the added excitement of being scheduled across four consecutive nights that will really draw you in to the series.

Get up to speed on everything we know about Bancroft so far, including the plot, cast and when it’s on TV.

When does Bancroft begin?

The four-episode series begins on ITV on Monday, December 11 at 9pm.

It will continue every evening for four consecutive nights as the mystery unfolds, leading to an exciting finale.

What is the detective drama about? 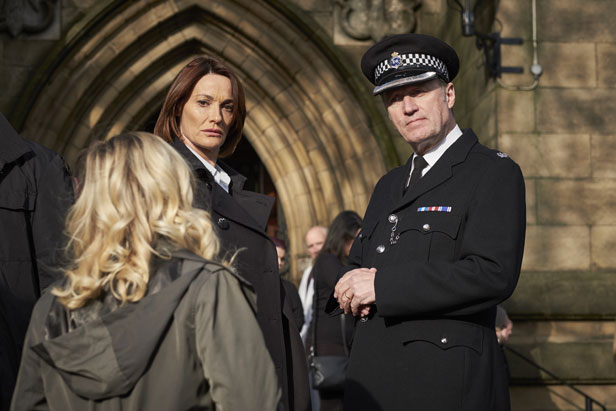 Brilliant at her job and universally adored by her colleagues, Bancroft’s promotion to Detective Chief Superintendent looks a dead cert.

She’s hoping to seal the deal with her operation to bring down the vicious Kamara gang. Bancroft has been employing some dubious methods, but with the family’s most violent brother, Athif, ruling the town with an iron fist, few people disagree with her tactics.

Meanwhile, DS Katherine Stevens is a fast-tracked recruit who’s been assigned to a cold case about a woman killed in her home 27 years earlier. As she tries to work with the victim's widower to discover the murderer, the information she unearths brings ghosts back to haunt Bancroft and shakes her to her core.

It becomes clear that Bancroft knows more about the murder case than she is willing to let on, but the mystery just won’t stay buried once Stevens begins looking into it.

Who stars in Bancroft? 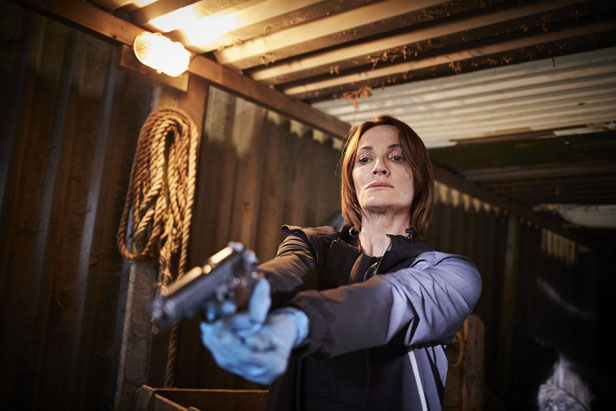 The detective is a dark, complex character who can be ruthless and dangerous when she needs something to go her way. She’s also a very overprotective single parent to her son, Joe.

New kid on the block Stevens is being fast tracked to success, and as a hungry young detective she is thrilled with the chance to get her teeth into cold cases.

The two women fast form a bond, but when Stevens is assigned to the murder case, Bancroft uses her colleague’s trust to keep an eye on proceedings – and Stevens, who has been having an affair with a married colleague, starts dating Bancroft’s son Joe to gain further access to her superior.

Stevens is played by Game of Thrones and Pride star Faye.

[Read more: Everything we know about McMafia]

The rest of the cast includes Linus Roache as the widowed Tim Fraser who was at university with Bancroft, Adam Long as the detective’s son Joe, Art Malik as retiring DCS Alan Taheeri, Adrian Edmondson as Bancroft’s parallel Clifford Walker, and Amara Karan as forensic scientist Anya Karim.

Where was the series filmed? 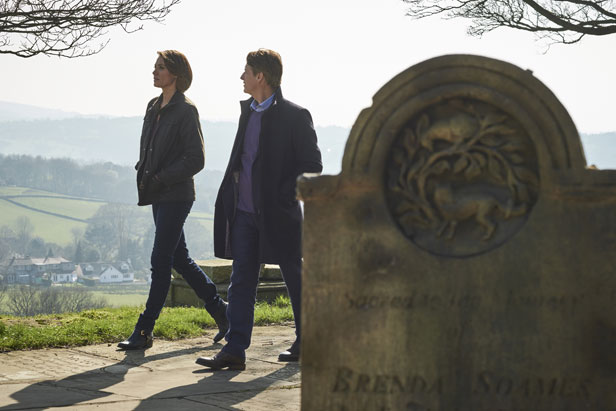 Bancroft was filmed on location in Bolton and the North West, with many of the scenes shot at night to enhance the murky, underworld feel.

Producer Phil Collinson explained that he wanted historic and modern settings to collide to reflect the flashback element of the drama.

He said: “Bolton has an incredible Victorian crescent, town hall and civic centre. It really feels like Paris or New York around there with the old cobbled streets and big sandstone buildings.

“Then once you get inside, there are long marble corridors and great big open spaces. The CID office is a large old room with pillars in it, lots of old, dark wood. We tried to make it feel like the present inhabiting locations with lots of history bearing down on them.”

Bancroft begins on Monday, December 11 at 9pm on ITV.