Baptiste: Catch up on The Missing - the story so far

The French detective who specialises in missing people cases while struggling with a troubled personal life is getting his own series. Find out all about it.

The Missing has been one of the BBC’s biggest hits of recent years, keeping viewers guessing up to the very last episode each time.

Its two series featured different cases and a different cast, but the one constant has been Julien Baptiste, the weathered French detective called in to look for both missing children.

Now, he’s getting his own spin-off series – we investigate who Baptiste is, what’s happened to him so far, and what is to come.

Baptiste begins on BBC One on Sunday, Februay 17th at 9pm.

Julien Baptiste is the detective who featured in both series of The Missing, tying the two otherwise completely separate stories together.

He is a French investigator whose excellence at work hides a troubled home life, with a drug addict daughter who he’s had to ban from his home in the past to protect his wife.

Baptiste carries the many cases from his long career with him for years, still feeling guilt over cases he’s failed to solve and always searching for a way to redeem himself by helping a new family.

The forthcoming series sees Baptiste take centre stage as the drama centres on him rather than trying to find a new way to shoehorn him into another missing person case.

He’s played by Tcheky Karyo, a Turkish actor who grew up in Paris and has mainly worked on French projects before bagging a leading role in The Missing.

[Read more: If you liked Luther, you'll love these shows]

What happened in The Missing?

Series one of The Missing followed the mystery of a young boy, Oliver, who disappeared from his parents’ care during a holiday in France when they unexpectedly had to make an overnight stay after their car broke down.

Baptiste originally failed to find out what had happened to Oliver, but picked up the case eight years later when his by then divorced father contacted the detective to say he thought he’d found a new lead.

He came out of retirement and a life spent trying to battle his daughter’s drug addiction in the hope of righting things for Oliver’s family, but heartbreakingly, it turned out that the child had been dead since the night of his disappearance.

Oliver had wandered off from a bar during a football match to see a fox, but strayed into the path of a drunk driver who killed him before trying to hide his body.

In the next series, we found out a little more about Baptiste when he again came out of retirement to pick up an old case about Alice Webster, the daughter of a military family based in Germany who went missing on her way home from school years earlier.

Alice seemed to have reappeared, but Baptiste, an expert on a case about another French girl who had disappeared around the same time and who 'Alice' said she had been imprisoned with, believed that the girl was not who she claimed to be.

He eventually uncovered that altogether three girls had been held captive by another Army officer, and as he suspected the reappeared girl was not Alice, who was still being held captive and who now had a daughter.

But aside from the missing person case, we also saw Baptiste travel to Iraq where he was briefly held hostage as part of his investigation into the military secrets behind what had happened.

As the series closed Baptiste, who had been suffering from a brain tumour, was preparing to go into surgery to have it removed.

[Read more: If you liked Bodyguard, you'll love these shows]

What will happen in Baptiste? 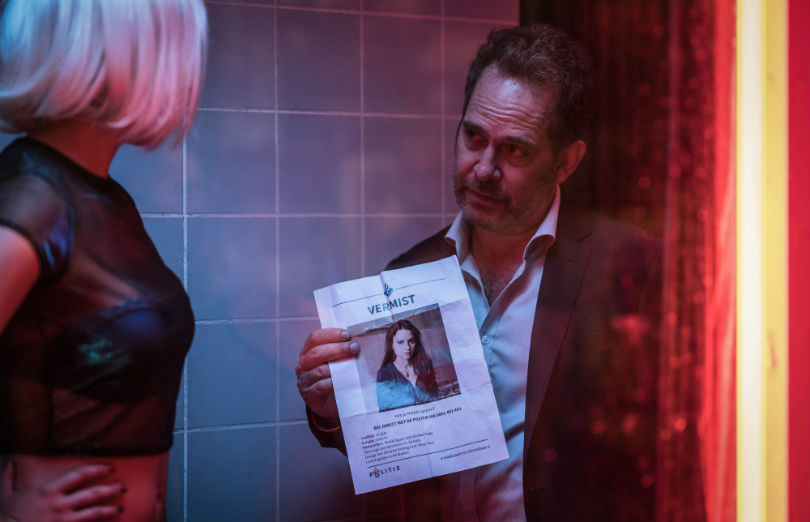 There’s no rest for the wicked as for a third time Baptiste tries and fails to enjoy his retirement with his long-suffering wife.

He has taken her on holiday to Amsterdam, but it turns out to be a far from relaxing trip when his ex-girlfriend, who happens to be the city’s chief of police, gets in touch.

She isn’t hoping to catch up for old time's sake, though. She wants to call on Baptiste’s expertise for a case that’s been plaguing her force and goes beyond the picture-perfect scenes of Amsterdam to its seedy underworld.

The Belgian cast will feature Barbara Sarafian, Boris Van Severen and Martha Canga, and the series filmed in Amsterdam, Antwerp, and Ghent, as well as in Deal in Kent.

Why isn't it called The Missing series 3? 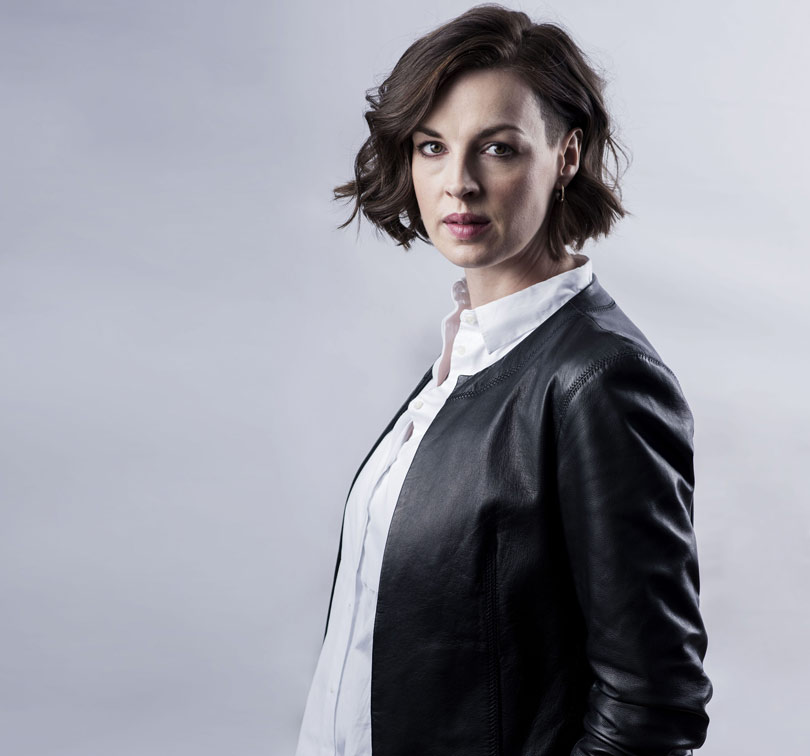 Writers Harry and Jack Williams haven't ruled out The Missing series 3 and admit that they did begin to plan out a plot, but the brothers said that they ran into a big problem when they started on the project.

"We realised that Missing 3 and Julien Baptiste were incompatible," they told Digital Spy.

The pair said that they were running into a problem of repeating themselves and didn't want to make Baptiste look useless with endless failed cases. A prequel was considered, but the brothers didn't want to lose Tcheky Karyo, so a spinoff was the next best option.

Moving away from The Missing format means that the new series will have a less complex puzzle of timelines.

Baptiste is set within the timeframe of a couple of days and will be "Very contained... Very claustrophobic and very intense."

Will there be any references to The Missing backstory or Easter Eggs in Baptiste? 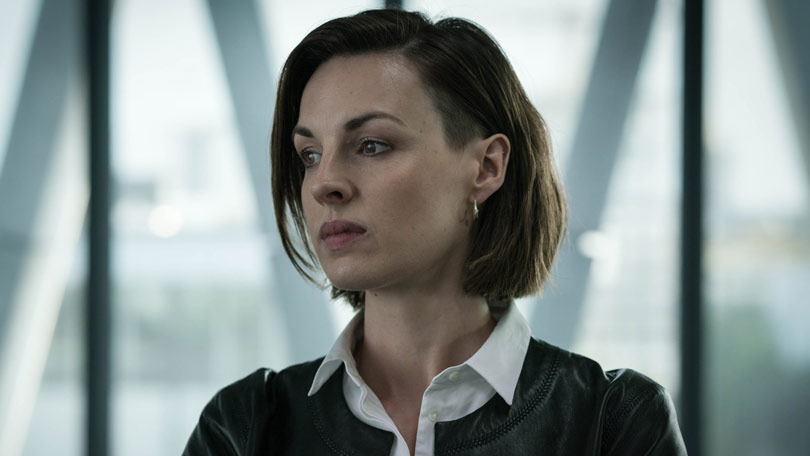 Could we ever see the return of James Nesbitt's Tony Hughes from The Missing series 1 or Sgt Eve Stone (Laura Fraser) from series 2?

The brothers have claimed there will be no cameos in the first series of Baptiste - but of course, they would say that - but haven't ruled out the show potentially have crossovers in later series down the line.

"We love the world of The Missing, and we always think of bringing people back," Harry told Digital Spy.

"When it’s appropriate, I think we will. We haven’t this time, but the more it goes on, the more people Julien's encountered, the more potential there is for that."

#Baptiste, from the writers of #TheMissing, starts on Sunday 17th February. It stars @tchekykaryo as Julien Baptiste. pic.twitter.com/ieR8ZJ5O2G

Julien Baptiste (Tchéky Karyo) is trying his best to enjoy retired life with his family in Amsterdam, but when Police Commissioner and former girlfriend Martha Horchner (Barbara Sarafian) asks him to assist with a missing person's case, Julien can’t refuse.

He meets Edward Stratton (Tom Hollander) who has been desperately scouring the streets of Amsterdam to find his niece, sex worker Natalie Rose (Anna Prochniak). Julien has great empathy for Edward’s plight and the two men delve into the seamy and criminal underworld of the red light district looking for clues as to Natalie’s whereabouts.

But the case takes an unexpected turn and Julien soon finds himself unravelling a complex web of deceit and lies.

Baptiste begins on BBC One on Sunday, Februay 17th at 9pm.