Freddie Highmore talks to us about the final season of Bates Motel as he bows out as Norman Bates.

Freddie Highmore and Vera Farmiga are back for one final creepy season of Bates Motel – the thrilling US drama based around the characters and world of Alfred Hitchock’s 1960s classic Psycho.

Two years on from the death of Norma (Farmiga), Norman Bates (Highmore) is still living in a warped world, where his mother remains alive and well in their motel.

The final episodes of the darkly comic series will watch Norman’s two worlds collide – his normal friendly face in public and his erratic and disturbing home life.

Ahead of the final series, premiering in the UK on the Universal Channel (BT TV 320/385 HD), we caught up with Freddie Highmore for the lowdown on the show's dramatic finale. 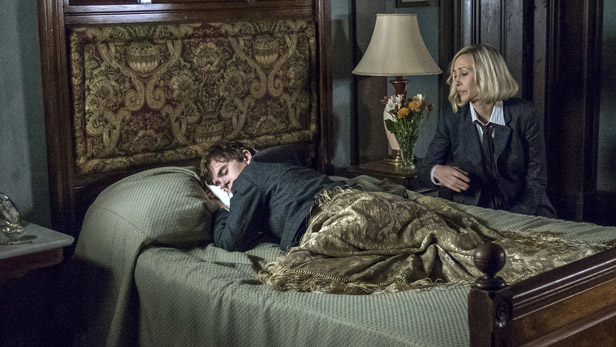 Vera is brilliant and this season she’s incredible is she’s reinvented this dead person, who exists entirely in Norman’s head. It’s interesting the way that Norman’s perception of her changes as the season goes on.

There’s a side to him that notices that she’s dead and is aware of the mother he interacts with isn’t his real mother. But at the same time, she’s real enough and will do for now. It’s interesting to see how he reconciles all these different mothers that he's interacting with and how he will come out the other side.

Freddie Highmore on the casting of Rihanna as Marion Crane… 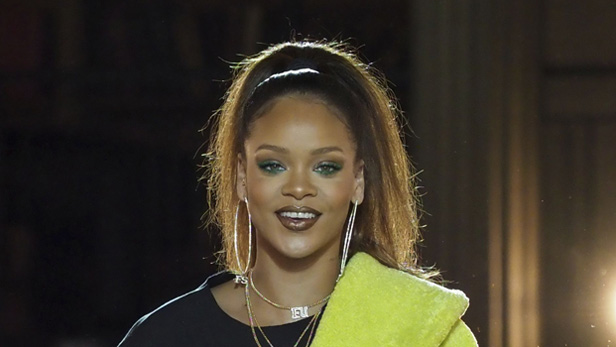 It’s very exciting. I think it all came about from a Vanity Fair interview she’d given and our main writers saw that she’d said what a fan she was of Bates Motel.

I think the fact that she was a fan from the beginning and very much wanted to be there, rather than having her thrust upon us, 'please go and help them with their show', was fantastic. It meant that she was incredibly committed, very well prepared, she was very present in all her scenes.

I think her take on Marion – she’s a more modern woman. I think that was wise, proper and exciting.

You may get one. Or two perhaps. But this season isn’t Bates Motel becoming Psycho. It’s more that little bits of Psycho will seep into the show throughout the run. There may be moments and scenes you recognize from the original film, but it isn’t a scene-by-scene retelling of what we already know. Hopefully people won't be disappointed if it’s not exactly the same as the movie.

Freddie Highmore on the show's ending… 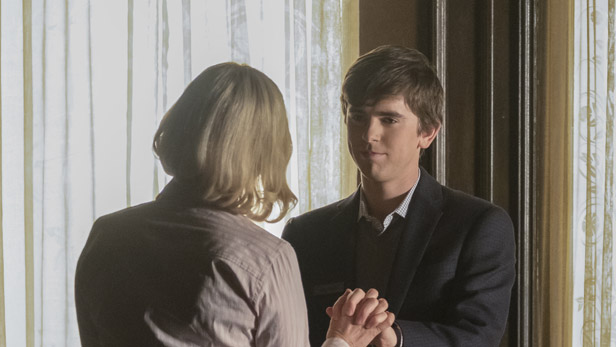 They told us at the end of season three that we would have two final seasons, so it would be a shame if we ruined the ending with that knowledge. So I hope the ending has done it justice.

I’m not on Twitter so I’ll avoid the plaudits or outrage in equal measure. It’s just nice to end it in a proper way that the creators always planned, rather than being cancelled three years in with a big chunk of stuff missing that they always wanted to do.

Freddie Highmore on his emotional farewell…

The ripping the set down was sad. They were tearing it down 12 hours after we finished, the house was being demolished and everything. They’ve kept it up for five years between the seasons, so it does begin to feel like your house after working there so long. It has very real memories. You remember all the scenes you’ve had there and attach memories to them all. So when you go in the next day and it’s all destroyed and knocked down, it is very sad.

I’m still in denial I think. You get used to breaks in seasons, so it will probably hit me later down the line that we’re not going back and it’s over.

Freddie Highmore on what he took from the set… 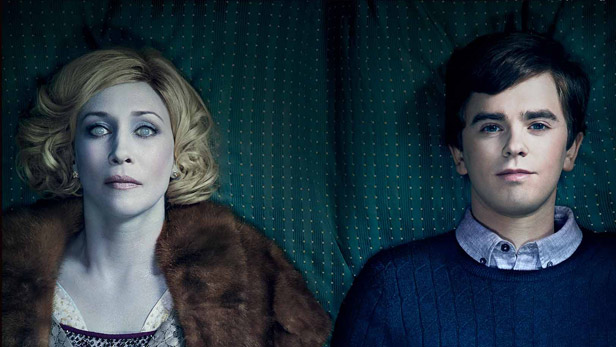 I got the manager’s badge, which Norman is very proud of. He gets prouder and prouder as the season goes on.
Freddie Highmore on the lighter side of Bates Motel…

It plays against the obvious. Vera did that brilliantly as well. Everyone thought that she would be this crazy, cruel, horrible woman who turned him into a crazy killer, but actually she was the opposite. She might not have been right, but she did her best. She didn’t get everything right, but she tried.

The same with Norman, we don’t play up the evil side. We like to counter balance the darkness with humour. There is something inherently funny about a guy who is all alone talking to different people in a house.  Those sorts of things make me laugh – maybe other people watch and think it is dark. I think it’s a genuinely funny show, sometimes I think we’re making a comedy.

Freddie Highmore on what he'll miss the most… 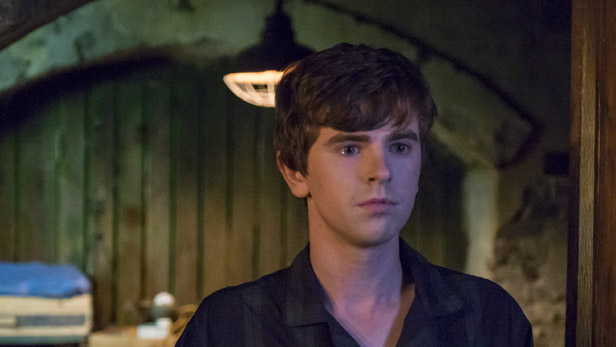 I’ll really miss the big scenes with Vera. The brilliantly written, nuanced and layered scripts. It’s a shame that’s all over, but it’s a good thing as well.

It will also be available on BT TV Catch-Up.